Still no victory, but plenty of positives as Ireland draw with Qatar 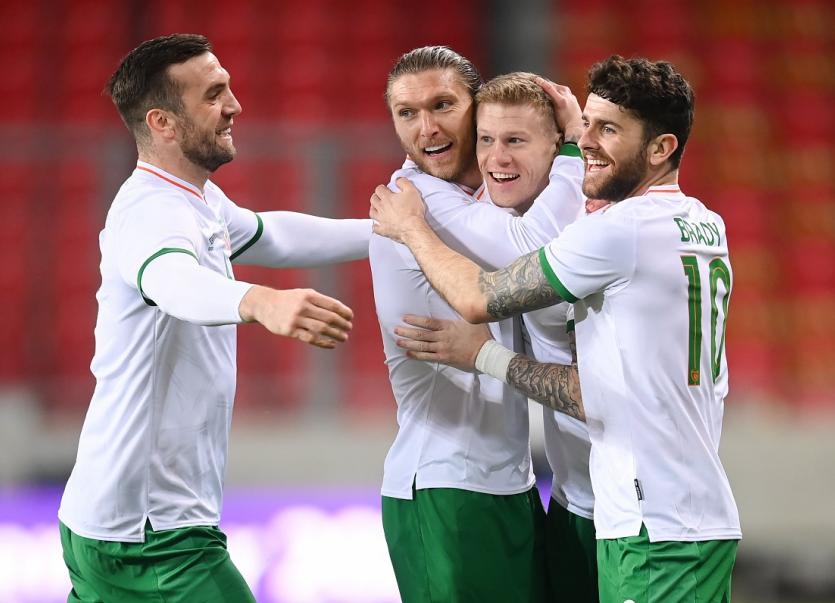 James McClean is congratulated after his goal in Hungary against Qatar Picture: Stephen McCarthy/Sportsfile

Seamus Coleman once again wore the captain’s armband as the Republic of Ireland rounded off their international programme of games with a 1-1 draw with Qatar in Hungary this evening.

The Killybegs man gave another assured display as Ireland showed a marked improvement after Saturday’s embarrassing loss to Luxembourg in their World Cup qualifier.

They got off to the perfect start in tonight’s international friendly which was played in Debrecen.

James McClean fired Ireland in front after only four minutes.

Stephen Kenny’s side, which saw eight changes from the weekend, played well but were unable to build on that good start - Shane Long having their best opening only to see a shot saved with only the keeper to beat. 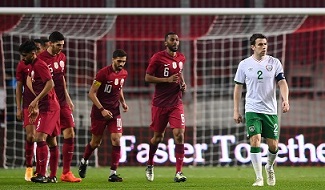 Seamus Coleman reacts after Qatar score their goal in the early stages of the second half during the international friendly at Nagyerdei Stadion in Debrecen, Hungary
Picture: Stephen McCarthy/Sportsfile

At the start of the second half, Qatar drew level thanks to a fine strike from Mohammed Muntari.

Both teams had chances to win it. Ireland’s best opportunity came right at the death when substitute Josh Cullen saw a close range header saved.

The result means Ireland are still looking for their first victory under Kenny. But after the disappointment of losing out at home to Luxembourg, at least there were many more positives to take from tonight’s encounter.