ULSTER GAA CHAMPIONSHIP DRAW: Donegal manager Declan Bonner just happy to be back on the field 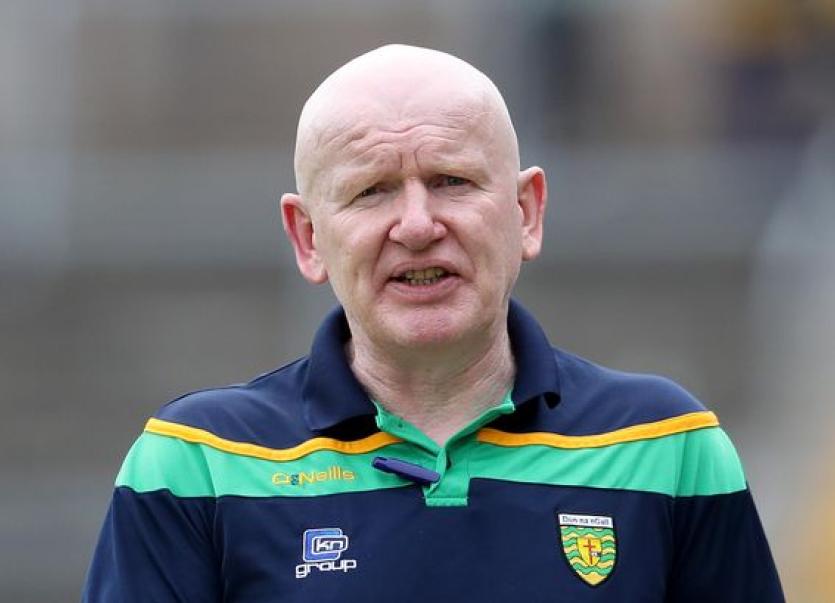 Donegal manager, Declan Bonner, is just happy to be back on the football field and looking forward to games, despite being handed a tough Ulster championship draw this week.
Speaking to the Democrat on Wednesday, Bonner reiterated many times the great feeling it was to be back training and preparing for games.
Donegal have been drawn away to Down in the preliminary round of the Ulster championship and any path to another Ulster final will include games against Derry and Tyrone/Cavan.
But the Donegal manager was quick to point out that there are no easy games in Ulster.
"Ah listen, it's tough. But Ulster is Ulster and no matter what you get really, it's going to be tough. It's always difficult coming through the preliminary round, but the one thing is we're delighted to be back.
"The immediate focus for us is just getting ready for the National League campaign and that is a mini Ulster championship in itself. But naturally, the Ulster championship is the big one, and yeah, it's tough.
"It is always difficult going into Down and we have had a lot of battles there through the years. I suppose they are always formidable and with Paddy Tally, you could definitely see them making inroads last year.
"They were very, very unfortunate that day against Cavan in the semi-final. It looked as if they had won and won well but they allowed Cavan back into it.
"It's not going to be easy, and we have a lot of work to do between now and then. But listen, we're just delighted to be back playing again and we are really looking forward to it.
"It is a tough draw, but it is something that we are not going to complain about. We're glad that there's football going to be played and we we're looking forward to the challenge ahead."