Termon Bingo in aid of Relay for Life Cancer charity raises in excess of €19,000

BINGO HELD IN CONJUNCTION WITH KERNANS AND GRACIES 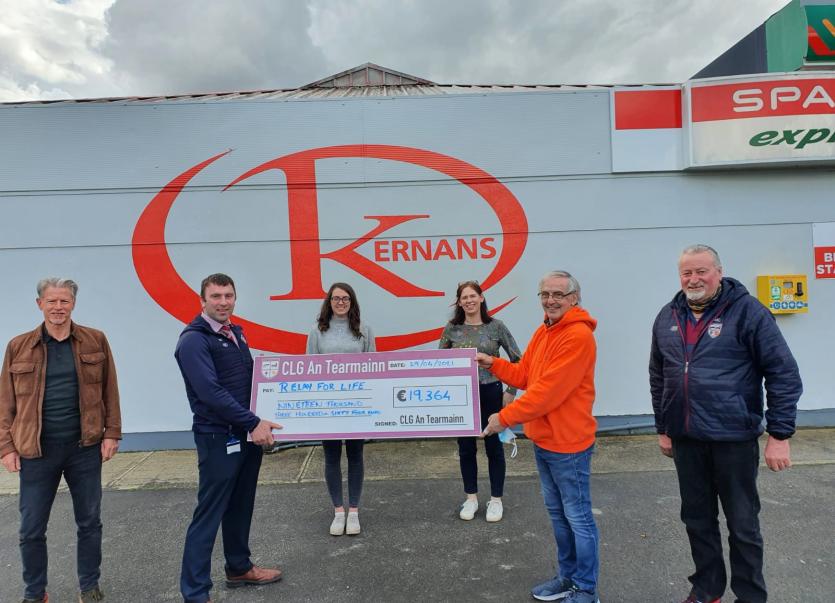 Pictured at the presentation of the Termon Bingo cheque

On Friday night last, Termon Bingo in conjunction with Kernans stores and Gracies Stores rallied together to run a charity bingo in aid of Relay for Life and The Irish Cancer Society.

An unimaginable €19,364 was raised on the night.  Club chairman and renowned bingo caller Brian Trearty stated: “It’s just unbelievable the support we received on the night. People from all around the world not only bought books but also donated money to the cause”.

On the night there were players from America, Australia, Canada and even New Zealand and players from every county in Ireland.

Cathal Curran from Kernans said: “When I initially approached Termon Bingo with the idea of doing a charity event they were on-board straight away. It’s great to be able to give back to society to a charity that provides so much for people when they need it most.”

A huge thanks must go to all the staff in Kernans and in Gracies Stores for selling the books and also to David James who kept everyone entertained on the night.

Lastly, Termon Bingo would like to thank each and every person who bought a book or donated money. Without the continued support from the loyal bingo players in Donegal and further afield this event would not have been possible.

It is hoped that the money provided to Relay for Life and The Irish Cancer Society will go a long way in easing the burden carried by so many families locally and nationally. Go raibh mile maith agaibh as bhur gcineáltais agus bhur fhlaithiúlacht. Ceiliúradh, Cuimhnigh, Troid ár ais!