Maurice Toland: 'This should have been sorted 18 months ago' 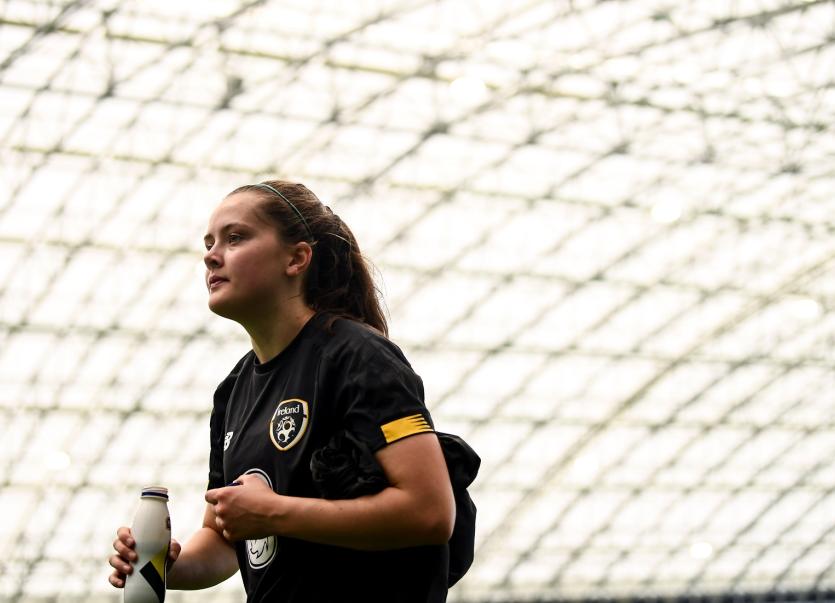 A call has been made for the FAI to intervene in a controversial row involving Donegal player Tyler Toland and her Republic of Ireland manager, Vera Pauw.

Maurice Toland, the father of St. Johnston player Tyler, insists an independent mediator is now needed after a number of allegations were made by the Irish team manager.

During a press conference last Friday, Ms Pauw said that she had been subjected to "harassment and intimidation" by Mr Toland over his daughter's absence from the Irish squad.

These are claims which he vehemently denies.

Tyler Toland, who plays with Glasgow City in Scotland, has been capped 13 times at senior level. However, she  has not been selected since she was an unused substitute for a game against Greece in November 2019.

Two months later, Toland’s services were sought for the Republic of Ireland under-19s ahead of a double-header against Russia in Marbella in March 2020. Despite the player’s willingness to travel, she wasn’t selected for the trip.

"The only conversation I have ever had with Vera Pauw was in January 2020, but to say that I harassed or intimidated her during that call is ludicrous," Maurice Toland told RTÉ.

"I texted Vera and asked when was convenient for her to speak. She called me and we spoke for around half-an-hour.

"I felt that if Tyler wasn’t in the plans for the senior team, it would have been good for her development and for game time to get with the under-19s. And the under-19 manager has contacted me asking about her availability, so this wasn’t me trying to influence or get Tyler selected."

It has emerged that an email to the player’s father from Ruud Dokter, the FAI’s High Performance Director, in February 2020 acknowledged: "It is important that Tyler and Vera have a conversation shortly regarding Tyler's future with international football."

"Really, this should have been addressed 18 months ago," Maurice Toland said.

"Tyler has always given what she can for Ireland. The comment that she needed to show 'guts’ was below the belt. Remember, three years ago Tyler - she had just turned 17 - played almost an hour of a qualifier against Northern Ireland with two fractures on a knee.

"Someone has to step in here and get to the bottom of this. Allegations have been made against me - but at the end of the day my daughter and her future is the most important thing here.”