Some good news for collectors of Finn Harps fixture cards 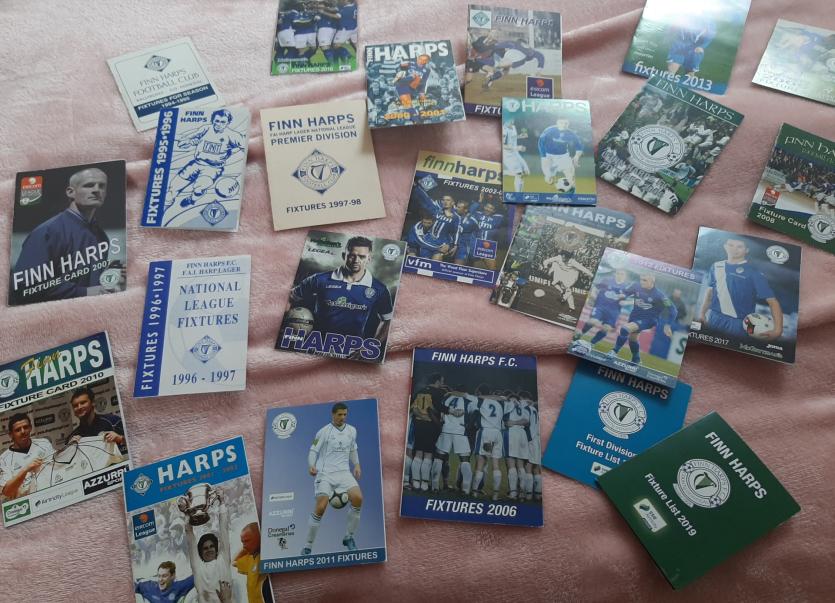 A selection of the Harps fixture cards from over the years

I read somewhere recently how so many people took the opportunity during lockdown to venture into their attics and trawl through all that had been gathered over the years.
Record collections have been rediscovered; books, magazines and old photographs long forgotten about suddenly appearing again. Memories of childhood times brought back in an instant.
Football magazines were always a bit of an obsession for me. And books too.
I still have my Panini sticker album from the 1986 season. I made a real go of it that year, but sadly just fell short by a handful of stickers.
It sits proudly in among hundreds of football programme and magazines, from Roy of the Rovers, Shoot! and Match to 90 Minutes and my more recent gatherings of Four Four Two. 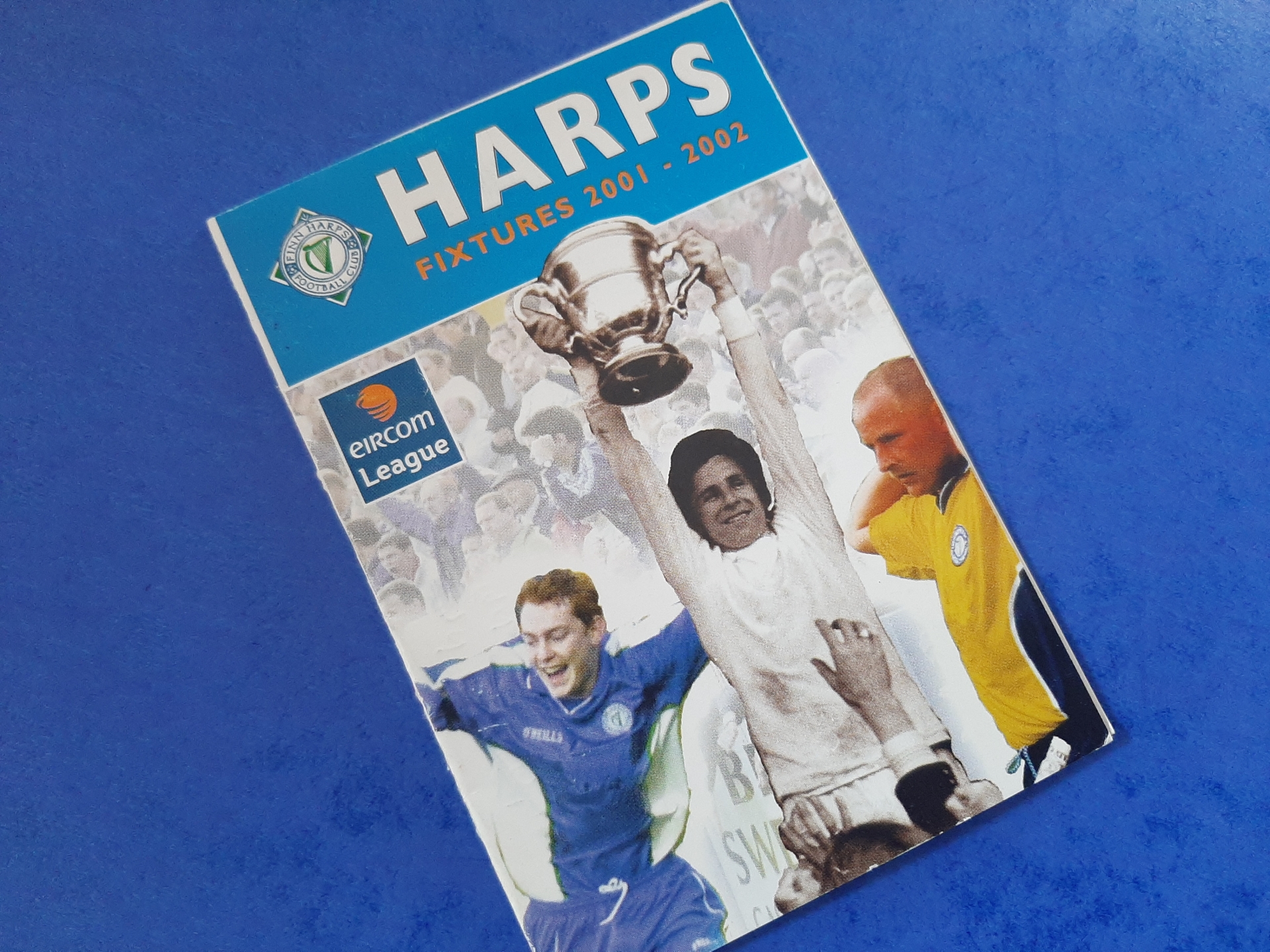 I’ve a collection of Finn Harps fixtures cards too. Probably not on the same level as club historian Bartley Ramsay, but not bad all the same.
The fixture card is a small, pocket-sized guide to all Harps’ games for the season
There are fixture cards there from every campaign for almost 25 years now. 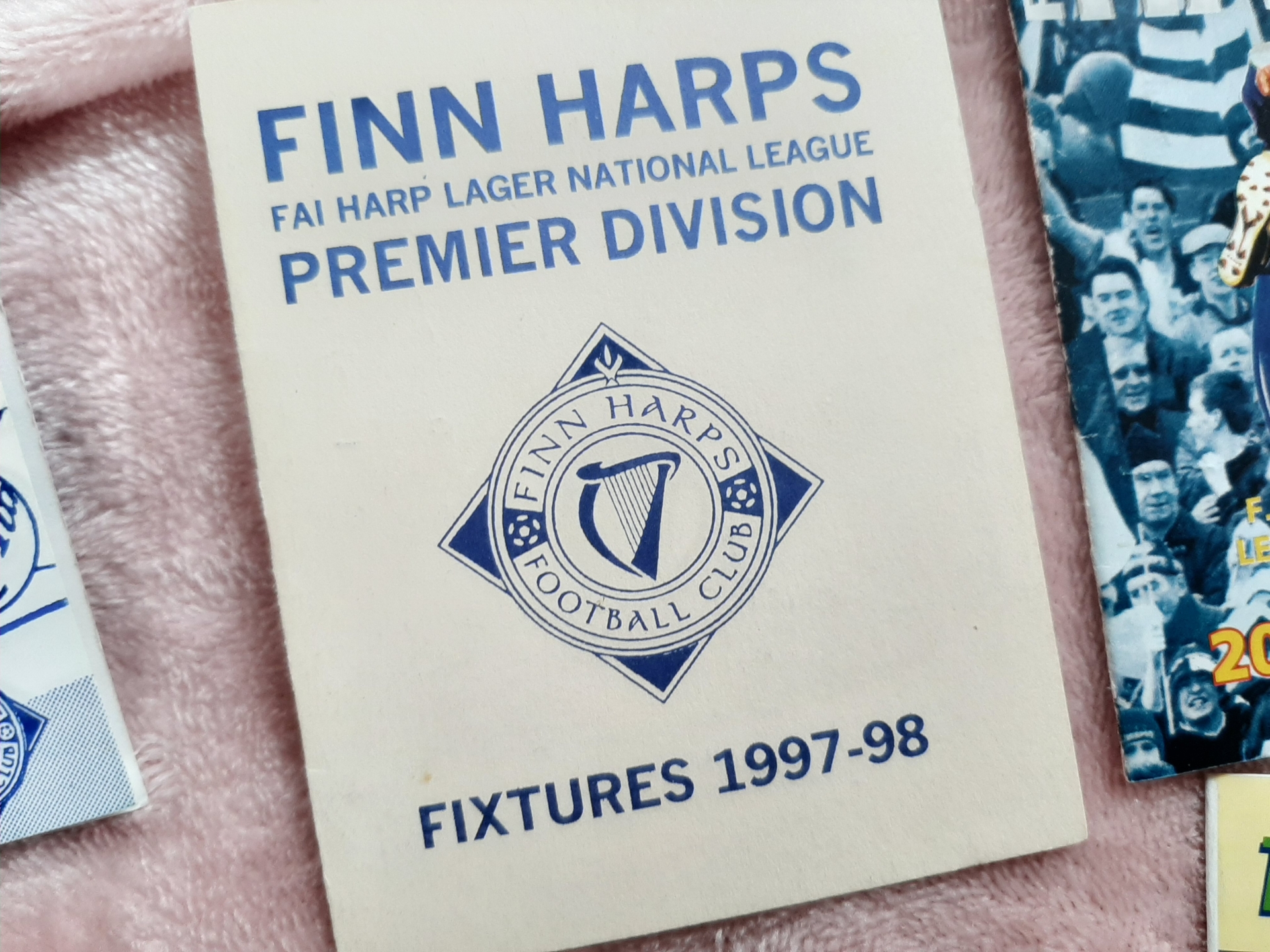 Which might explain my interest in the fact that as yet, no fixtures card has been printed for the current campaign.
There have been no supporters at any games this year yet, so match day arrangements are a lot different from what we have all been used to over the years.
Still, Harps have offered an online digital match programme for all home games - which has to be applauded. But what about the fixtures card? 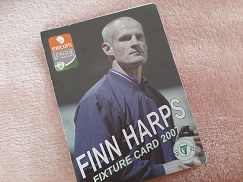 Well, Harps secretary, Kathy Taaffe says the club have plans to produce a fixtures card for the 2021 season. Even though Friday’s game against Drogheda United was match 12 in the 36-game season, Kathy knows that the fixtures card has almost become part of the fabric of the club. 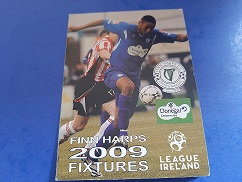 “We will be in contact with our printers and take it from there,” Kathy promised, pointing out that there have been a number of changes to fixtures since they were issued before the start of the season, with a number of games moved to Saturdays from the usual Friday nights. 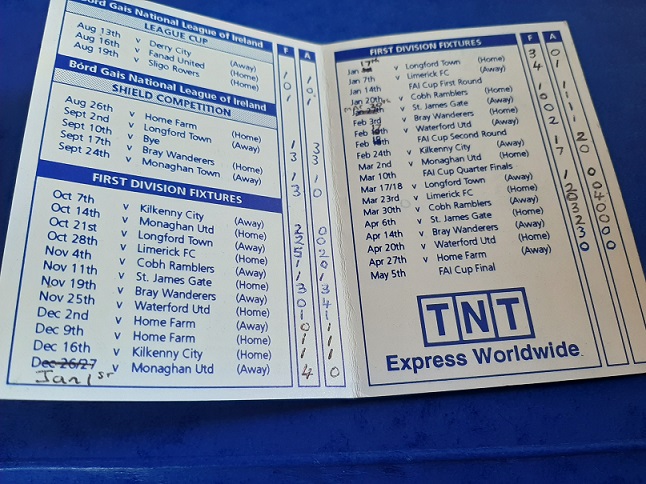 The results from the 1995-96 season when Harps faced the likes of Home Farm, Kilkenny City and Monaghan United