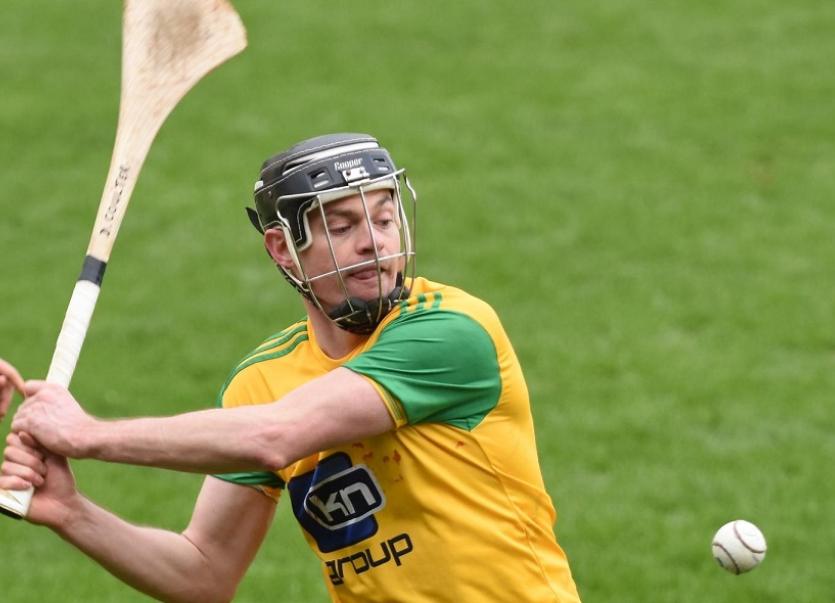 Dazzling Donegal brilliantly dispatched a much- fancied Mayo side with one of their best- ever displays in O’Donnell Park, Letterkenny.

The physically superior winners firmly banished the blues of last week’s heavy defeat to Kildare with a memorable display of power and panache that simply blew Mayo away.
Mayo lined out minus their talismanic captain Keith Higgins, the “Michael Murphy” but it is doubtful if even his considerable presence would have altered matters.
But Donegal won all the physical battles and two goals in 30 seconds from the trusty stick of Declan Coulter firmly set this side on the road to victory in the 30th minute.
Richie Ryan grabbed the first goal in the 22nd minute and the hugely impressive Ronan McDermott hit the final killer goal midway through the second half.
Mayo began smartly and wing forward Eoin Delaney hit a soaring point into the breeze after marksman Shane Boland missed an early free.
But that was to be Mayo’s last score until the 25th minute as they hit seven wides despite having the better of the first ten minutes.
Donegal levelled matters through Limerick native Richie Ryan with a superb individual effort.
Marksman Declan Coulter’s frees put the home side into a 0-4 to 0-1 lead before Ryan struck for the home side’s opening goal in the 1th minute.
A monster free from almost 90 metres landed in the Mayo square and the burly Ryan powered his way through for a goal.
But it got even worse for Mayo as they leaked two crucial goals in the space of 30 seconds in the 30th minute.
The first was a brilliant move between Sean McVeigh and Ronan McDemottt who found Coulter in space and the ex Armagh star cooly steered the ball home from about 18 metres from and angle.
But a disastrous Mayo puck out went to Jack O’Loughlin who found Coulter in a one- on- one situation with Mayo keeper Bobby Douglas and he netted again.
That deadly double strike put Donegal into a 3-5 to 0-2 lead as half-time beckoned.
A stung Mayo replied with points from Boland who converted his first free and Keith Higgin’s replacement Corey Scahill were on target for the losers as Donegal deservedly led by 3-7 to 0-6 at the break.
It did not get any better for a totally outgunned Mayo side in the second half with McDermott grabbing a further goal and Coulter nonchalantly tapping over frees.
Donegal took off most of their key players in the final quarter which allowed Mayo to tack on five late points which scarcely covered the enormity of this defeat.