Second half penalty the difference as Donegal see off Mayo 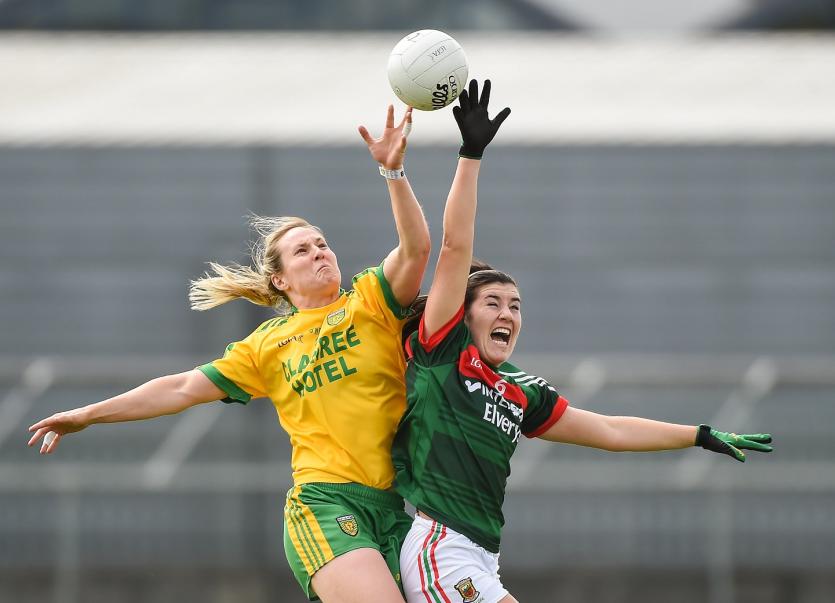 Donegal made it two wins from two outings in the LIDL Division One League with a fantastic win over a highly fancied Mayo on Saturday evening in MacCumhaill Park.

This was a fantastic performance in a top quality game from Donegal who lined out without scoring ace Geraldine McLaughlin. The Termon player was ruled out through injury after suffering a dead leg against Westmeath last weekend.

Karen Guthrie once again top-scored for Donegal while Niamh McLaughlin netted the winning goal from the penalty spot.

Niamh McLaughlin converted from the penalty spot shortly after the second water break for the decisive goal.

The team captain made no mistake from the spot after Guthrie was brought down in the large rectangle.

The goal propelled Donegal back in front by two points after Grace Kelly had landed a super strike for the Westerners to edge Mayo into a 0-10 to 0-9 lead.

And when Guthrie polished off a sweeping move minutes later Donegal were four up on the stroke of the hour mark. The home side were on the cusp of a big win.

Mayo’s Fiona Doherty landed a point with literally the last action of an exciting tie, as Donegal ran out three points winners.

But Donegal failed to build on the early promise and did not score again for 17 minutes.

In between Mayo reeled off four points without response to lead 0-5 to 0-3 by the first water break. Rachael Kearns, Shauna Howley and Grace Kelly scored the Mayo points.

Donegal regrouped after the water break and thanks to points from Niamh Heagrty and Guthrie, and two brilliant top drawer saves from Aofie McColgan from Kearns, just a point separated the sides at the break. Mayo led 0-7 to 0-6.

Substitute Suzanne White tied up the game at 0-7 each in the early minutes of the second period. And the sides were level twice before McLaughlin struck for the Donegal goal.

Mayo’s Ella Brennan and Nicole McLaughlin picked up yellow cards late on and finished the game in the sin bin.