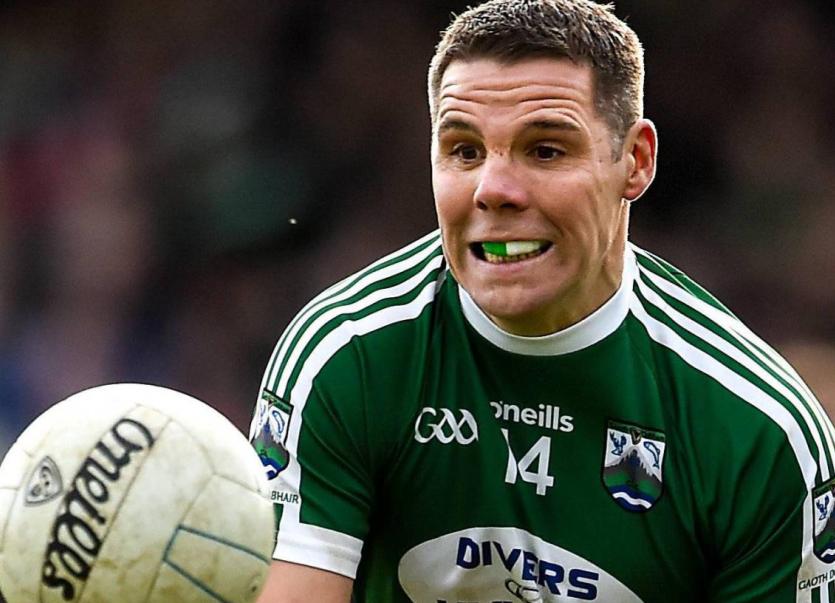 Kevin Cassidy . . . will be part of Donegal Masters team to defend All-Ireland crown

With the return to play almost upon us, Donegal Masters are getting ready to start the build-up to defending their All-Ireland title which they won in 2019.
With the competition postponed last year due to Covid-19, it is expected that the 2021 competition will go ahead in late August/early September.
Liam Breen, who was a mentor alongside Val Murray in 2019, has taken over as manager.
Well-known player Brian McLaughlin from St Michael's is the PRO for Donegal Masters and he outlined what is being proposed for this year - and that is to field two teams representing Donegal.
"We're hoping to get back up running at end of July, beginning of August.
"We hope to kick off with an internal divisional competition ourselves. We will play each other twice, so everyone will get two games," says McLaughlin.
And due to the unprecedented interest it looks as if Donegal will be able to field two teams for the intercounty competition.
"There is word that there could be two teams entered. There is a lot of interest so we may put a second team into the competition.
"We have had over 30 involved in the last number of years and it's about getting everybody playing. There are over 90 who have shown an interest at the minute."
There are some big names getting involved this year, having reached the age qualification mark of 40.
"There would be boys like Stephen McDermott from Glenfin; Ray Sweeney from Dungloe is getting involved this year. Kevin Cassidy is 40 this year and he's talking about playing as well.
"You have Conor McShane from Kilcar and few Dungloe boys as well getting on board.
Liam Breen will have David McShane helping him along with Michael O'Connor.
Being All-Ireland champions has generated great interest in the Masters competition.
"It makes a big help. I suppose that's why the interest is there because of the profile of the last couple of years. We lost a couple of semi-finals and then won the final.
"I suppose with the lockdown too, people wanted to get back out just for their own good, getting out and enjoying themselves."
McLaughlin says there is no upper age cut-off point. "It doesn't matter about your age, just ask Charlie Doherty. He is tight, I wouldn't want Charlie Doherty marking me for an hour."
Donegal have had a great recent history and McLaughlin has been part of it all.
"The first year I was involved, they won the Plate and we got so close a couple of years. We lost to Mayo after extra-time and they went on and won the All-Ireland. And the following year we got beat by Dublin in the semi-final after a replay and they went on to win it.
"So we got over the line the last year (2019).
"It is hoped that the intercounty competition will begin towards the end of August and beginning of September."
The Masters will have the use of the Training Centre in Convoy to play their internal divisional games.
Anyone interested in getting involved is asked to make contact with manager Liam Breen on 087 7518086