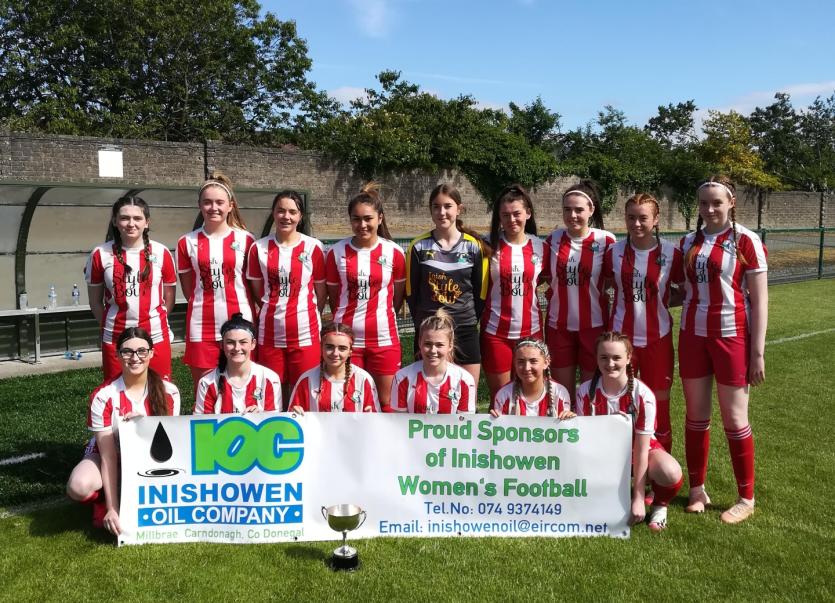 PROUD: The Sea Rovers team that won the Inishowen U16 Cup.

There were emotional scenes at Maginn Park in Buncrana this week as Sea Rovers U16 girls dedicated their Inishowen Cup victory to their late coach Mick Fildara.

The Culdaff man, who was an integral part of the underage girls coaching set-up at the Malin Head-based club, died last December.

Saturday's 3-0 cup final win over Buncrana Hearts was the first competitive match the U16s had played since his sad and sudden passing.

Mick had helped coach this band of players since they were ten years old, and they were determined, said fellow coach Jim Ball, to go out and win the cup as a 'thank you' to the man who put so much of his heart and soul into their team over the last number of years.

He said: "Mick and me, we started with the girls when Erin (Mick's daughter) was only nine. He wouldn't have been full time with it then, but he came in fully about five or six years ago.
"Between me, Mick and Edward Ruddy that's about 15 trophies those girls have won.

"The first night back at training two months ago was very eerie, not having him there. We just had a bit of a kickabout that night, but from then on the girls were very psyched up at the sessions because they wanted to be ready for this match.

"When I was doing the team talk at the start of the match I said there would be a minute's silence for Mick, and that is when the emotions started to take over with the girls.

"But fair play to them, they went out there determined to try and do it for him.
"The Buncrana girls didn't take it lying down and were well up for it themselves, but our girls wanted to win this so badly for Mick." 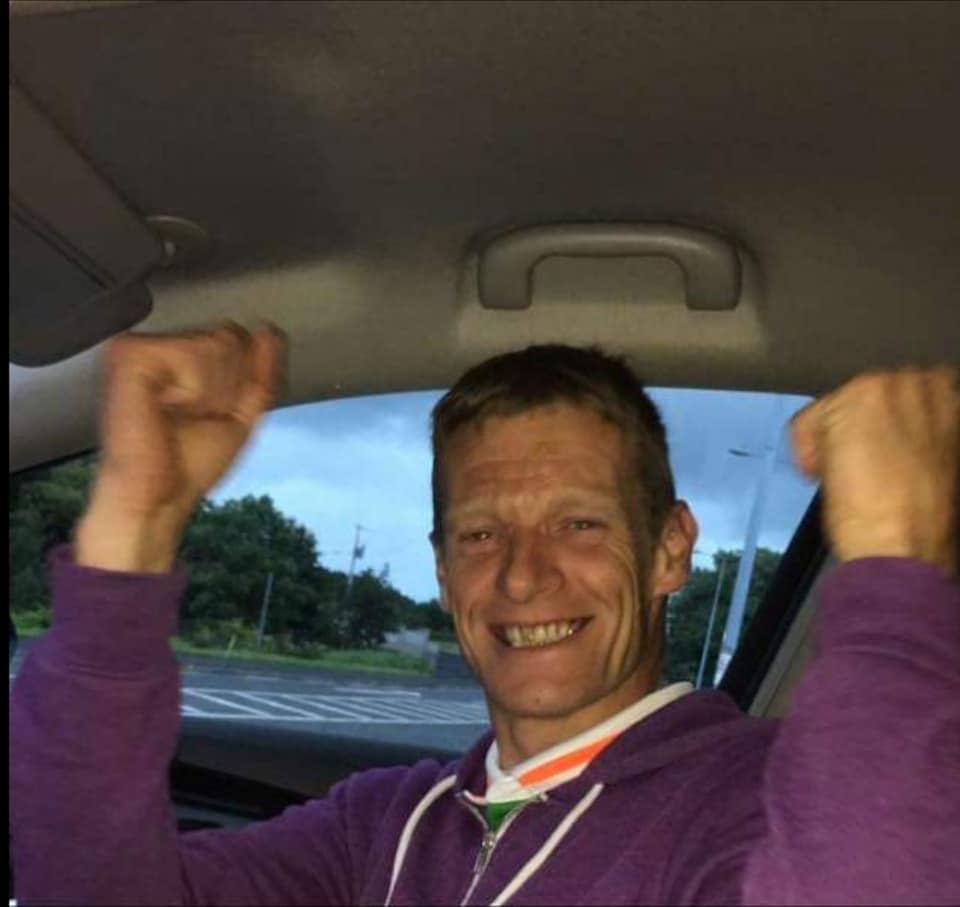 Following a goalless first half, a Chloe Lacey strike made it 1-0 early into the second half. The talented young striker then doubled her tally with an audacious lob over the Buncrana keeper to make it 2-0, while Sophie Murphy scored a 30-yard screamer to seal an impressive victory.

Movingly, the cup was presented to Mick's niece Kate McCallion, while his mother Frances was there to cheer the girls on.
Said Jim: "There weren't too many dry eyes at Maginn on Saturday. It was emotional for wee Kate, who has been captain this last couple of years.

"And of course Mick's mum, Frances, was there. She has never missed a final those girls have played in, and any time Mick was away with Erin when she was playing for Ireland, she would always be on the phone to him asking how she got on. She was so proud." 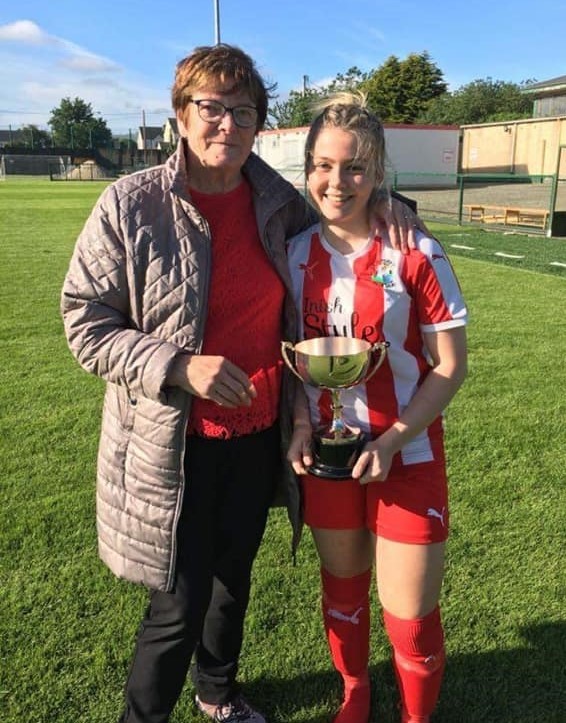 And for Jim himself, the moment was bittersweet, with joy that they'd won the cup mixed with sadness at the loss of his close friend and colleague.

"It was lonely, standing on that sideline on Saturday without him at my side," he said. "He would have been slightly stricter and pushed that wee bit harder whereas I was more easy-going, and it just seemed to work so well.

"After every match or training session, we would sit in the dugout and chat for 10 or 15 minutes, and I remember once Mick saying to me, 'these girls must think a lot of us, because they would never play that good for people they didn't like'.

"I think that meant the world to him, the fact that the girls had so much regard for him, because he had so much respect for them and wanted nothing but the best for them.

"At the end of every final we won, he would give a thumbs up and say 'that's it, that's another one in the bag'.
"Mick is sorely missed, but he was very much there in our hearts and minds on Saturday; the girls did him proud."