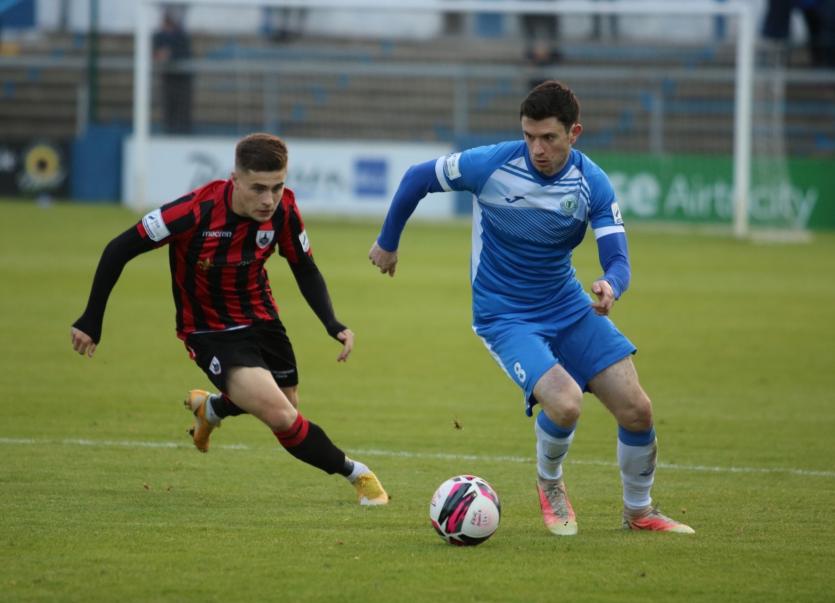 There’s a pep in his step these days - although given his troubles with injury in a remarkable career, even those steps are taken tentatively.
Johnny Dunleavy, who turns 30 on Saturday, is enjoying his football and embracing another chance to perform at League of Ireland level just months after being told his career was probably over.
It’s been quite a turnaround for the Ballybofey man.
Back in December he underwent surgery on his knee and after consultations with his medical team, he had more or less accepted that he wouldn’t play football again.
“I’d had a similar operation on my other knee which kept me out for several months,” he said.
“But when I went back for a follow-up meeting with the surgeon, he was happy with how the operation went and actually asked me when the season would be starting,” Dunleavy said.
“When I told him it was February, he said that would be okay.
“I couldn’t believe it. To be honest, I just wanted to be able to keep fit. I didn’t expect to be back playing again, especially so soon.”

Johnny Dunleavy in the colours of Sligo Rovers for his squad profile pic ahead of the 2020 season PICTURE: Sportsfile

He has praised the role played by the team at the Sports Clinic in Santry in Dublin and also the part played by Letterkenny physio Johnny Loughrey in Letterkenny.
And when Ollie Horgan sounded him out about a possible move to Finn Harps, suddenly Johnny found himself preparing for a return to the Premier Division.
“It was a bit of a whirlwind really,” he said.
“I was training with the club and all was going well. Then I came in for my debut against St. Pat’s in Ballybofey and it’s been going great since.
“I’m able to play a game a week and recover which is brilliant.
“I’m loving it. I have to say, I know Harps are well behind other clubs in the Premier Division in terms of playing budgets, but we as players, want for nothing.
“OIlie and Paul Hegarty are absolutely brilliant. Our preparations for matches, the training, and how they treat us as players is top class.
“Then you have the others in the club, the backroom staff, the committee members and those in the clubhouse on match-days. I couldn’t speak of them highly enough.”

Support
Dunleavy still remembers walking to Finn Park to support the team from behind the goals as a young boy.
“I always wanted to play for Harps at some stage,” he adds.
The move has also allowed him to spend more time back at home again. He watched MacCumhaill’s against Termon in the All-County League recently and plans to watch a few more games in the coming weeks.
“And I’m enjoying more of my mother’s hot dinners,” he adds.
Dunleavy spent seven seasons at Cork City after returning from England where he played most of his football at Wolves.
Capped at U-21 level, he fell in love with Cork and describes his move to Turner’s Cross as his best decision ever. 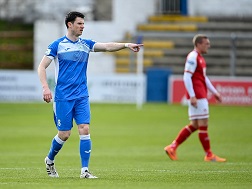 Johnny Dunleavy points the way on his Harps debut against St Patrick's Athletic back in April  PICTURE: Piaras Ó Mídheach/Sportsfile

He won a league title with Cork City and two FAI Cups and while injuries continued to prove troublesome, he has nothing but fond memories of his time on Leeside.
He enjoyed his two years at Sligo Rovers too but once his career brought him to the north west, it was almost inevitable that he’d soon be lining out for Harps.
Horgan has used Dunleavy as a left back in the majority of his appearances, but Dunleavy says he’ll be happy to play anywhere.
“I think it’s gone okay.
“Ollie knows I could do a job across the back four and I can do a holding role in midfield too. To be honest though, I’m happy to play anywhere.”
With the season at the midway point, Dunleavy insists Harps can be happy with their current position, especially the fact that they enjoy a healthy lead over Waterford and Longford below them.
“Look, we could be better off,” he said.
“If you look at some of our games, we could easily have as many as eight points move than what we have now. We were just a kick of a ball away from picking up more points along the way in some of those games.
“Hopefully over a full season, things like that will even themselves out.
“We’ve got Drogheda now on Friday night and it’s another big game. It would be a nice birthday present if we could manage a win.”