Donegal pair feature for Ireland U16 women against England

Spoils shared at the RSCin Waterford 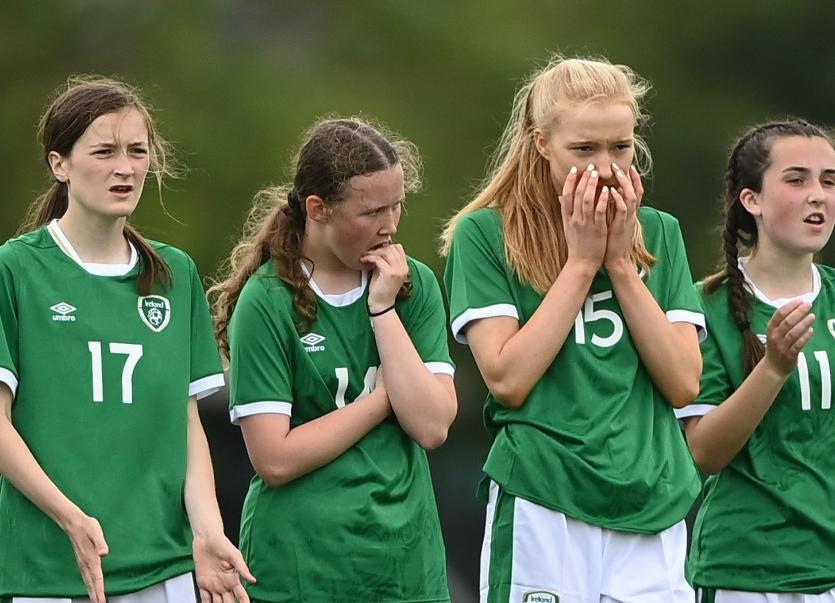 NAILBITING: Donegal players Kerri Loughrey and Ellie Long (first and second from left) at the RSC in Waterford on Tuesday afternoon. SPORTSFILE

Donegal footballers Ellie Long and Kerri Loughrey both came on as second-half substitutes as the Republic of Ireland Women’s U16s played out a 2-2 draw with England on Tuesday afternoon.

Carn native Long, who plays with Sion Swifts U17s, came on in the 46th minute while Loughrey, a Buncrana Hearts player who joined the Donegal U17 national league squad last year, played the last 30 minutes of the hard-fought encounter at the RSC in Waterford.

Ireland took the lead on 35 minutes through Peamount United defender Tara O'Hanlon but England hit back in the second half with a penalty from Ginny Lackey and a close-range finish from Kiera Barry.

However, Ireland got back level when Aoibhe Fleming smashed in a free kick from distance that secured a deserved draw.

The teams will meet again in the same venue on Friday at 12pm.