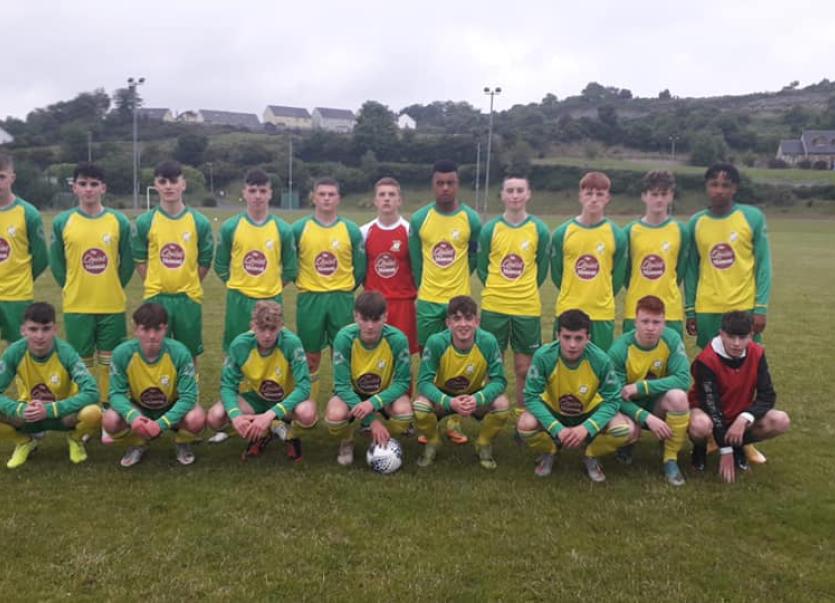 On a night when all eyes were on England's Euro 2020 semi-final against Denmark, there was plenty of good action for local fans as the Donegal Youth League played its second round of games on Wednesday night.

There were three matches played with both Drumkeen and Letterkenny Rovers making it two wins from two.

Bonagee got off to a flying start going two up inside the opening five minutes with a close range effort from the ever reliable Sergey Alcorn and a neat Adam Murphy goal.

Milford though got themselves right back into the game when Finn Coll finished with a fine effort from outside the box  on 32 minutes and it was very much game on.

Both sides had chances in a keenly fought second half but Bonagee couldn't find that elusive third goal despite a number of good chances while Milford threw everything forward in search of an equaliser.

But the Bonagee defence held firm for what could be a valuable away win.

Letterkenny Rovers made it two wins from two with a win against Youth league new boys Ballyraine.

it was Ballyraine who had the first chance when Oisin Coll shot wide when well placed after evading his marker.]

But it was Rovers who took the lead after just five minutes when Adam Yisau weaved his way through the  visiting defence before firing home with the away side's protestations for offside waved away by match referee Marty McGarrigle.

Ballyraine though responded well and drew level when the lively Coll fired home low to the bottom corner past home netminder Oran Craig.

Rovers regrouped and three goals before the break saw them hold a comfortable interval advantage with goals from Nathan Plumb, a cheely Jack Dwyer effort and a close range effort from Nathan Bonner.

Any hopes of a Ballyraine fightback were extinguished early in the  2nd half when Dwyer fired home a penalty after a foul on Yisau with  a brace of late goals from Brandon Ndlovu adding some gloss on he Rovers win.

Drumkeen are among the favourites for the league title and they made it two wins from two with a comfortable away win at Lagan Harps.

Goals for Drumkeen in this one came from Jack Patton with a double, the in-form Sam McKnight, Ben Campbell, Niall Sweeney, Dylan McMullen and an og while Oisin McFadden netted for Lagan.

A good start to the season for Patrick Toye's side.