Goals before half time help Donegal side to victory 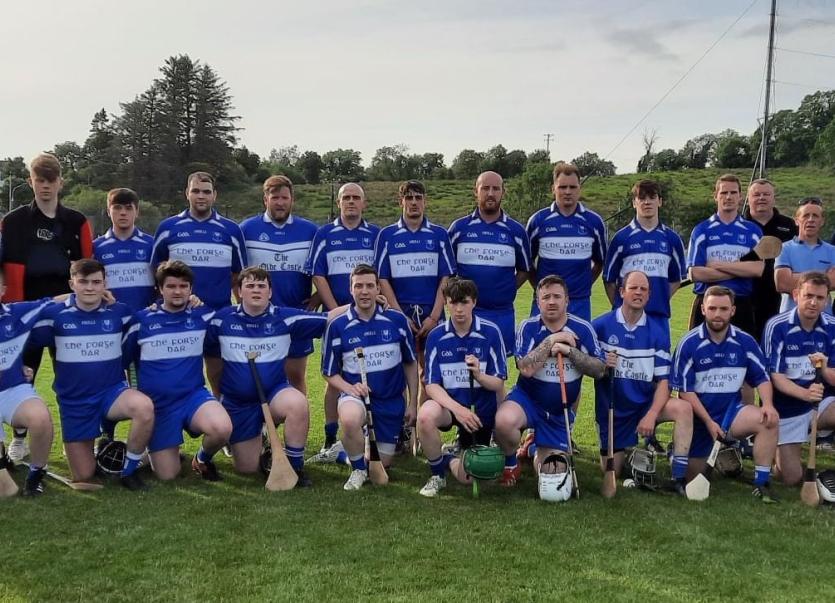 A snappy goal burst just after half-time pushed a much craftier and physically powerful Four Masters to a big win over a youthful and lighter home side on Wednesday evening.

Two well-crafted goals from subs Ian Philips and Kevin McNulty - the second one as a result of a bit of Kilkenny magic from another sub Tom Caulfield, effectively sealed this encounter on a pitch, that was once again too grassy.

The winners led by 1-8 to 1-3 at the break and this was mainly due to a power-packed display from Antrim native Colm Hunter who hit 1-4.

He was well supported by Limerick native Ollie Nolan whose artistry was a joy to watch and he also got the final goal.

Belleek recovered well from Hunt’s early goal with 50-year-old Fintan Hughes hitting 1-1 and Masters led by 1-6 to 1-3 five minutes from the break.

But they cruised clear in the third quarter as Nolan reigned supreme and landed some lovely points.

The gritty home side did not give in with Michael Óg McGarrigle and Ben McCann battling strongly and the classy Ultan O’Reilly landing two fine points for the losers.

But there was never any doubt about the winner’s all- round supremacy and the addition of Caulfield and the gifted dual player Cathal Feeney makes them even stronger.

Masters also have a pretty strong bench which could be crucial as the competition reaches its final stages.