Cockhill the underdogs for FAI Senior Cup clash in Dublin 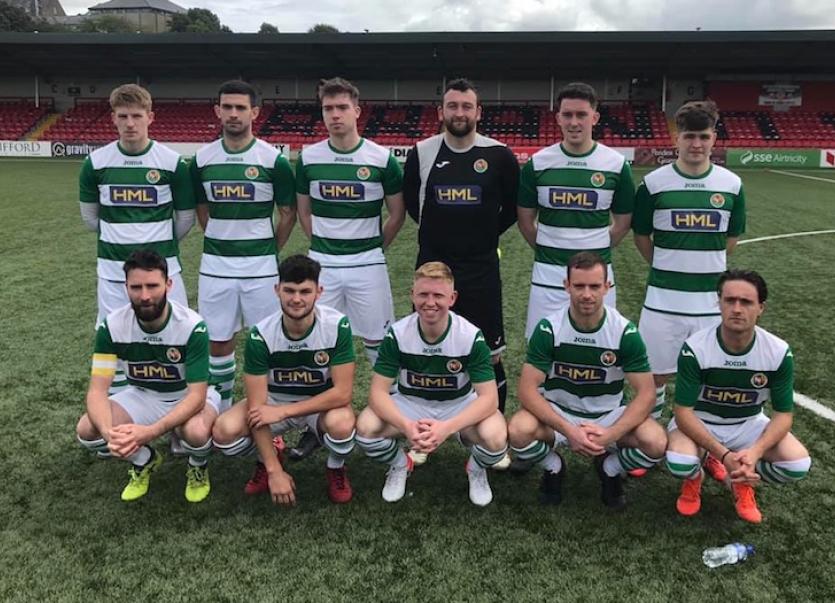 Cockhill Celtic will aim to repeat history when they meet St Mochta's in the FAI Senior Cup preliminary round this weekend (Saturday, Porterstown Road, 4pm).

The Inishowen outfit shrugged off the 'away curse' in 2015 to defeat the Leinster Senior League kingpins 3-0 in Dublin at the same stage of the prestigious competition.

But manager Gavin Cullen insists it will be anything but easy to get a similar result this time around.

He said: "They are the holders of the FAI Intermediate Cup and one of the main contenders for the Leinster Senior League title, so they would be considered very strong favourites for this match.
"They are a strong side with a lot of ex-League of Ireland players and they have the home advantage which, as we know from experience, is never easy when it comes to playing any Leinster Senior League Premier Division club."

Having not played competitively since their final league match last year, the reigning Ulster Senior League champions have been preparing for the clash with a series of friendlies over the last few weeks; against Dergview, Limavady Utd and Aileach.

They are also through to the quarter-finals of the Letterkenny Community Centre Summer Cup following a 7-0 win over The Rebels last Friday, with striker Garbhan Friel netting four goals in that game.

Friel's fellow frontman Lawrence Toland (hip flexor) and midfielder Oisin McColgan (sickness) are both doubts ahead of Saturday's game, but right back Michael Noone is definitely out with a calf injury.

Said Cullen: "Lawrence and Oisin are both fifty-fifty. Lawrence will do a fitness test on Thursday evening and we'll see how he is. But we have 26 players in the squad this season so we have plenty of options.

"The friendlies we've played over the last few weeks have really helped us. I've noticed a real impetus this week as the match fitness has started to kick in and the players we've brought in are integrating well.

"It's still very early in the season so we're not going to put too much pressure on ourselves for this match. We#ll travel down to Dublin on Saturday morning and give it our best shot."