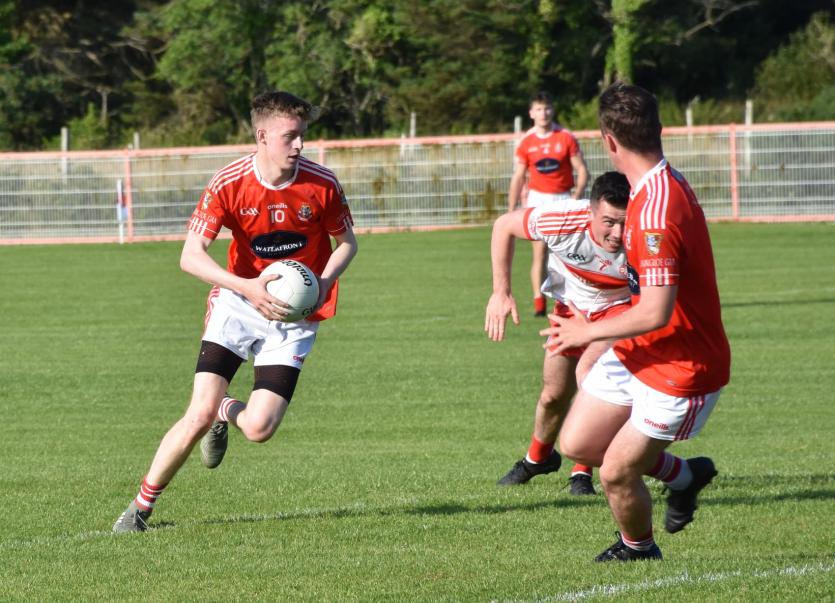 Dylan Sweeney of Dungloe gets away from Glenfin's Ross Marley

Dungloe and Glenfin ended level in this cracking league fixture at a sunbaked  Rosses Park on Saturday evening.

Barry Curran and Oisin Bonner scored the Dungloe goals and Conor and Gerard Ward found the net for Glenfin. The goals were all scored in the first half. Glenfin had their noses in front at half-time as they led 2-5 to 2-4.

It was point for point in the second half and it took a late Oisin Bonner point to tie the game and earn a share of the points for the locals.