Honours even between Letterkenny Gaels and Malin 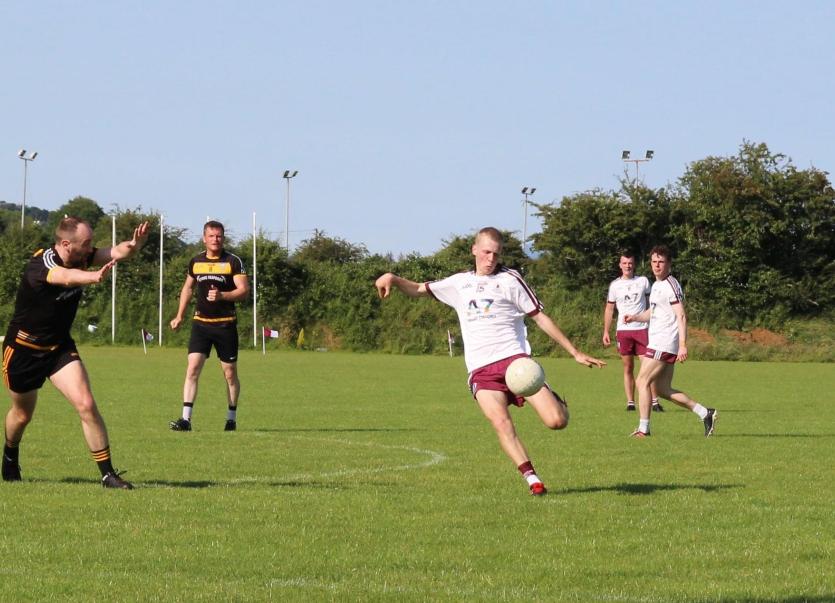 Letterkenny Gaels recorded their second draw in their league campaign this season as they held out an improving Malin team at a sun drenched Pairc na nGael on Saturday evening last.

Malin started brightly with an excellent score from the boot of Joe Doherty after two minutes. Gaels responded with a swift attack which yielded a point from midfielder Paddy Doherty. Full forward Ronan Frain then kicked two quick fire points by the ninth minute. Both teams were guilty of wides before Josh Conlon for Malin and Frain for Gaels scored on the 20th and 21st minutes.

Malin were levelled moments later as Conlon and Doherty pointed. Gaels Centre Forward Cormac Cannon who showed well throughout, kicked two points for Gaels with Paul McLaughlin responding for the visitors to leave the half time score Gaels 0-6 Malin 0-5.

Four minutes into the second half Conor Walker bravely flicked home a goal as the Malin keeper Houghton advanced. Malin responded as Paul McLaughlin broke through the middle to finish to the net. Cormac Cannon again struck two excellent points as Benny McLaughlin replied for Malin leaving the home side two up going into the last quarter. Sean McDonagh stretched Gaels lead with a long range score with 10 minutes remaining.

The visitors used all their experience to dig out a draw with points from Paul McLaughlin, Matthew Byrne and Stephen McLaughlin. Next weekend Malin entertain Fanad Gaels with Gaels travelling to tabletoppers Buncrana for a midweek fixture.