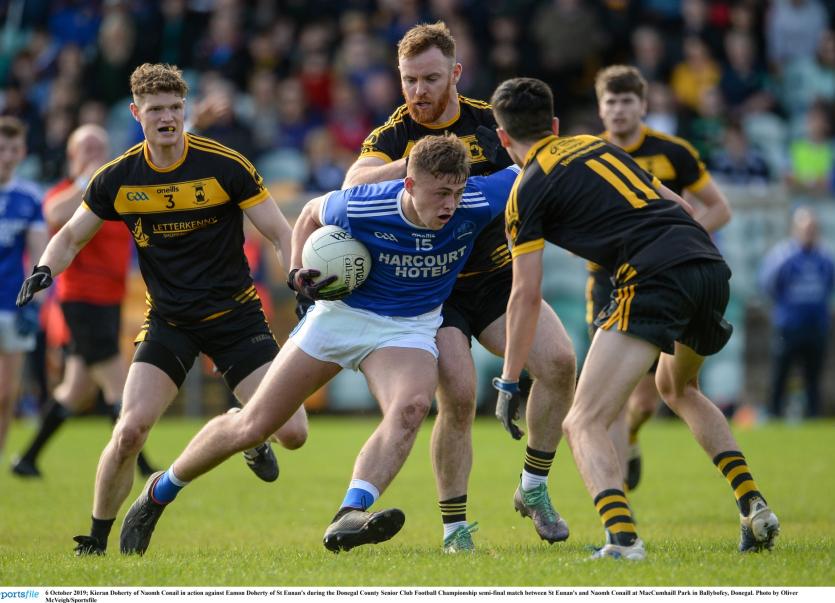 Six from six from Naomh Conaill, with their latest success coming on the road against St Eunan’s on Saturday.

Eunan Doherty’s late goal swung it the way of the Division 1 leaders, after Eoin McGeehin’s penalty looked to have got the Letterkenny team back in it at 2-3 to 0-10 down. It was his second goal of the evening, but Doherty and then a goal from Kieran Gallagher meant an away win.

The visitors led 0-8 to 1-2 at half-time and although St Eunan’s did come back to within a point, it was Naomh Conaill’s day.