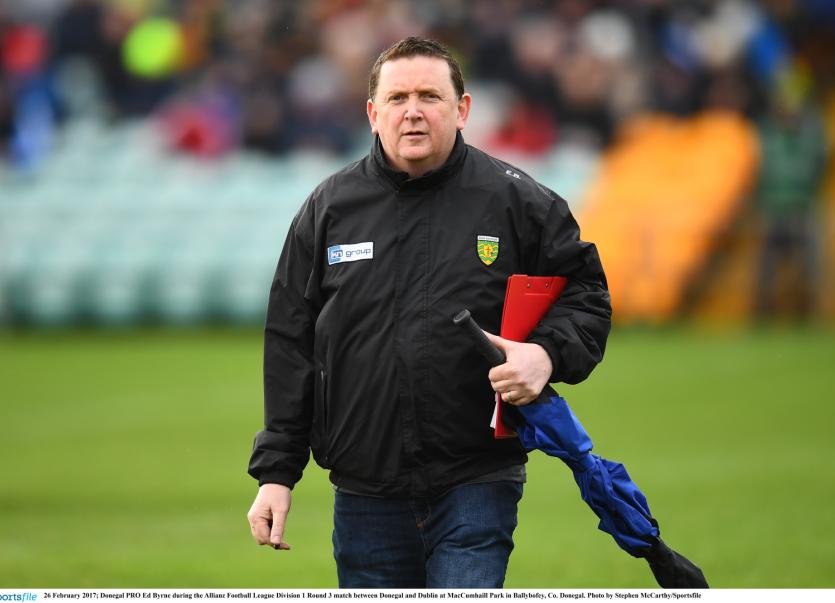 The secretary of the Donegal Competitions’ Control Committee (CCC) has warned that the club scene in the county is on a “knife-edge” due to the dramatic increase in the number of games being postponed in the last week or so.

Fourteen games across all five divisions of the All-County Football League last weekend were postponed and by midday yesterday, (Wednesday), six of the scheduled adult games for this weekend have fallen victim to the coronavirus pandemic.

“If you take last week’s figure and what we have been notified of by clubs this week so far, more games have been called off than we had in the whole of last season,” said Ed Byrne. “And that is before we begin checking with all those clubs who were affected last weekend. We usually check with the clubs on a Thursday.”

Byrne went on to say the incidents  being reported to the CCC are a mix of positive tests and close contacts. There have been reports of incidents all over the county but the biggest numbers are in Inishowen and in east Donegal

He was speaking after Croke Park issued a fresh reminder on Covid-19 guidelines. The postponement of games is causing a fixture log jam and putting the CCC under pressure to have the All-County Leagues completed before the start of the club championship season.

The club championship has a start date of the weekend of September 11/12.  And if the rate of increases in positive cases increase at the rate of recent weeks, the CCC will have no option to postpone the leagues indefinitely.

A county board statement released yesterday reads: “CCC CLG Dhún na nGall met to re-examine the draft fixture timetable published back in May that was the guide if Donegal went out at the semi-final stage of the Ulster Championship.

“The number of games being postponed and the continued high incidence of Covid cases across the county has meant that the free weeks allowed to enable catch-up games to be played will now be fully utilised with double fixture for some clubs on the August Bank Holiday weekend. Rounds eight and nine of the league will now be pushed out until the weekends 6/7/8 and 13/14/15 of August.

“It is tentatively planned that the two major backlog games from last year – the Senior County final between Kilcar and Naomh Conaill and the Intermediate Relegation Playoff- between Naomh Colmcille and Naomh Ultan - will be played the last weekend of August, ie the weekend of 27/28/29. Round 1 championship fixtures will be two weeks later – the weekend of  September 10/11/12.

“There has been speculation in the media regarding the County Final and this is simply a heads-up of the likely scenario envisaged by the CCC and it is hoped to officially confirm fixtures this weekend. This is not, however, definitive - the situation is fluid, as there are a number of other factors to be considered before official confirmation, for example if any clubs end up having three or more of their League games cancelled by the August Bank Holiday weekend.”