Gallen back with a bang as MacCumhaill's win in Convoy 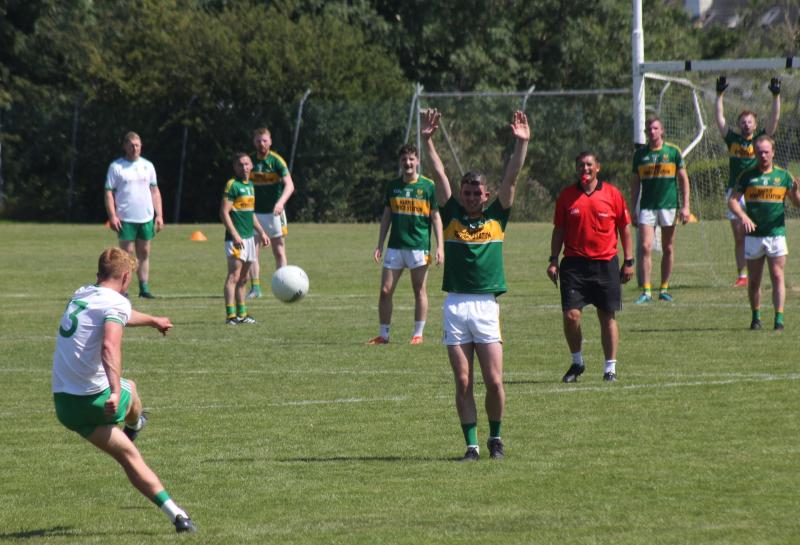 Oisin Gallen on the mark for MacCumhaill's against St Mary's. Photo by Chris Doherty

Donegal’s towering young star Oisin Gallen made a triumphant return to club action with an impressive nine points in this eventual one-sided- affair in Convoy.

The red raider hit six from play, nine in all, and was a real threat to an understrength Convoy any time he got possession. And, even though this is a different standard, he clearly showed why he is one of the best forwards in the county and one wonders why he did not get at least some game time against Tyrone last week.

But, the real turning point in this match was in the first five minutes of the second half when the Twin Towns lads had a superbly worked goal. Wing back Joe Boyle made all the running and full-forward Darren O’Leary was left with a simple tap-in to put the visitors into a 1-6 to 0-2 lead.

Arch underdogs Convoy, who badly missed the power and physique of Packe Mailey, Liam Toye and Raymond McNamee, held MacCumhaill’s to a half time lead of 0-5 to 0-2 and they had the the advantage of a slight breeze in the second half.

Veteran Laurence McMullan, 38,  and looks 18 tried to drive on his troops and the gifted Paddy Dolan and Joe McGill had their moments for a hard working but essentially outgunned home side. And, once MacCumhaill’s got the goal, there was always only going to be one winner.

The much physically superior Twin Towns side were out of the blocks quickly and returning county star Gallen opened their account after just five minutes. Gallen went on to hit three further points and the fourth was an absolute beauty from the side-line which drew some gasps of admiration from the crowd.  Gavin Sweeney got Convoy off the mark with a well worked effort in the 15th minute. 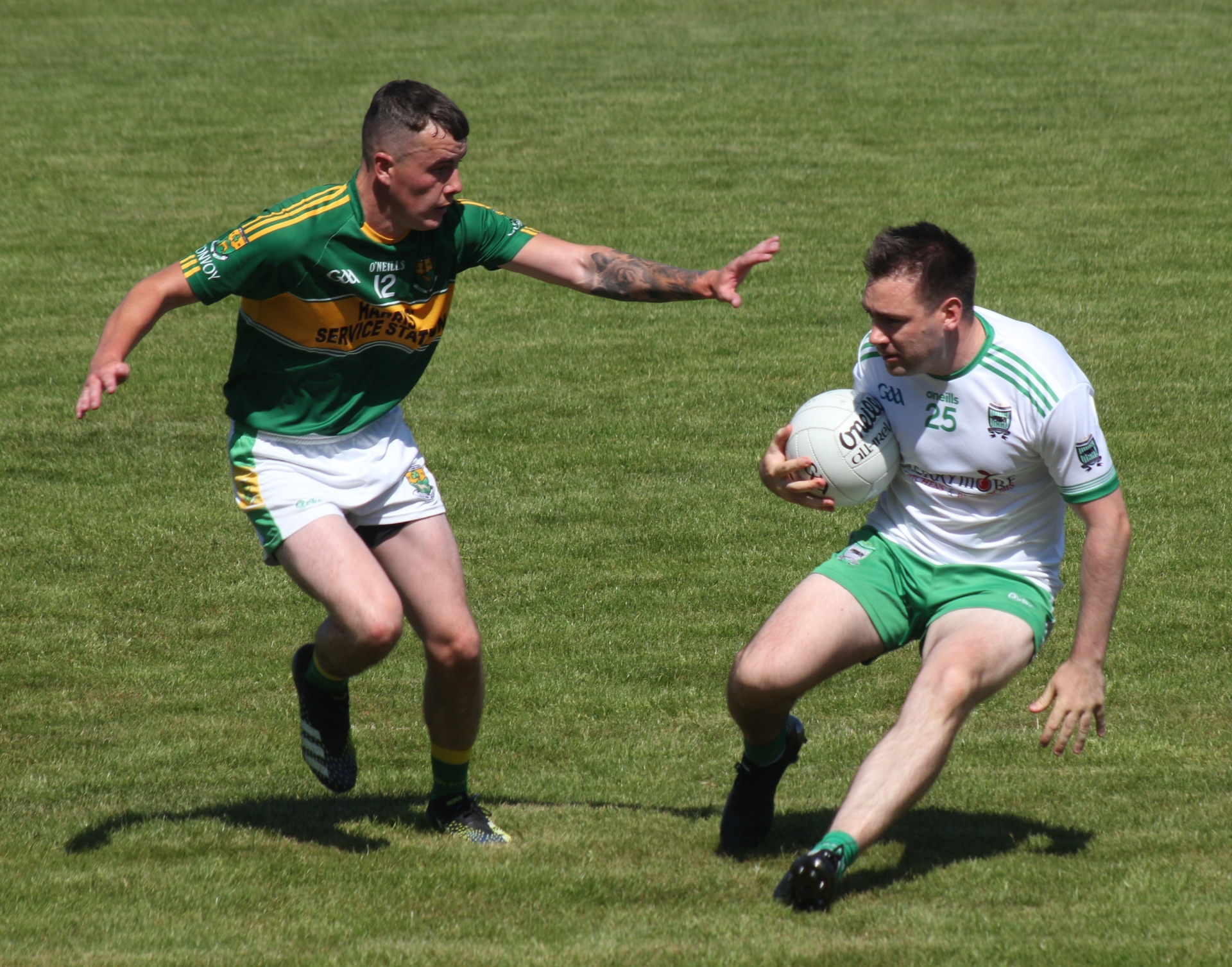 The tempo slowed in the savage heat and we only had a total of two points in the second quarter with Joe McGill on target for Convoy and Jamie Keegan converting for the Twin Towns from a clever Gallen pass.

Play was laboured in this half and, even though they had a big edge in physique and experience, MacCumhaill’s still found it very hard to break down the hard- working Convoy defence. But that 1-3 just after the break gave the visitors just the cushion they needed to push on for victory. Gritty Convoy refused to yield with the impressive Patrick Dolan and McGill on target.

MacCumhaill’s ran their bench and former county star Marty O’Reilly and Padraic Patton came on as second half subs. This was their second win on the trot after last week’s morale boosting win over table toppers Aodh Ruadh. Convoy, who came from Division Four to Division Two in three years are finding it tough in this higher division.

They have two creditable draws with St Naul’s and Glenfin and will be a much more potent force when their injured stars return.