Letterkenny golfer's victory was 43 years in the making 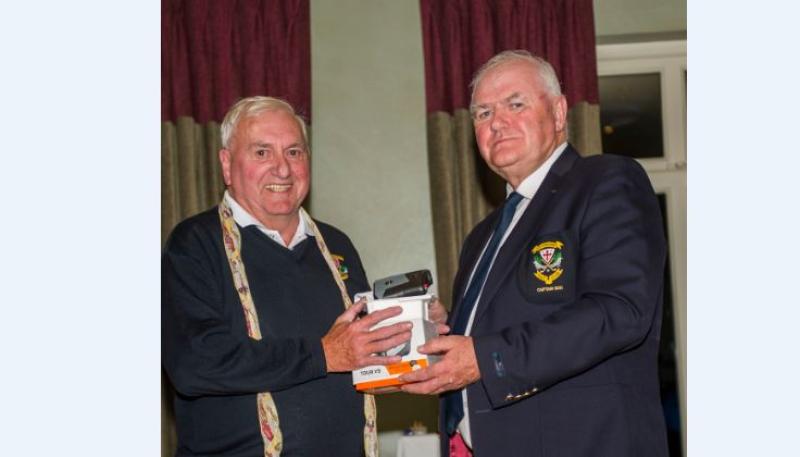 Barry Ramsay is first to admit that Saturday’s win on Captain’s Day at his beloved Letterkenny Golf Club was an unexpected surprise.

Shooting a brilliant 45 points, Barry, who just recently turned 80, said his win offers hope to his fellow golfers that no matter what your age, a victory in one of the majors is there for everyone.

“This win was 43 years in the making,” he pointed out.

“I’ve been playing golf since 1978. I’ve won plenty of big competitions over the years, but I’ve never won on Captain’s Day, so I am absolutely thrilled.”

For someone who has contributed so much to Letterkenny Golf Club over the years, holding so many committee positions, and even representing the club on the Golf Union of Ireland for 30 years, Barry Ramsay’s victory is certainly deserved.

The course was in excellent condition for Bobby Mullally’s big day, but teeing off at 9.20am, Barry’s group had to contend with drizzly conditions for much of their round.

“Pauric chatted about GAA and was telling me he had been coaching over 150 kids that week. I chatted to Michael about golf and the up and coming players, and myself and Jimmy chatted about my two great loves - Finn Harps and Tottenham Hotspur. So it was a very pleasant round and we kept each other going.”

Barry said he played steady golf throughout. He drove the ball well, and hit all but two fairways. His chipping and putting were good too, helping him to 24 points on the first nine, and 21 on the way home. 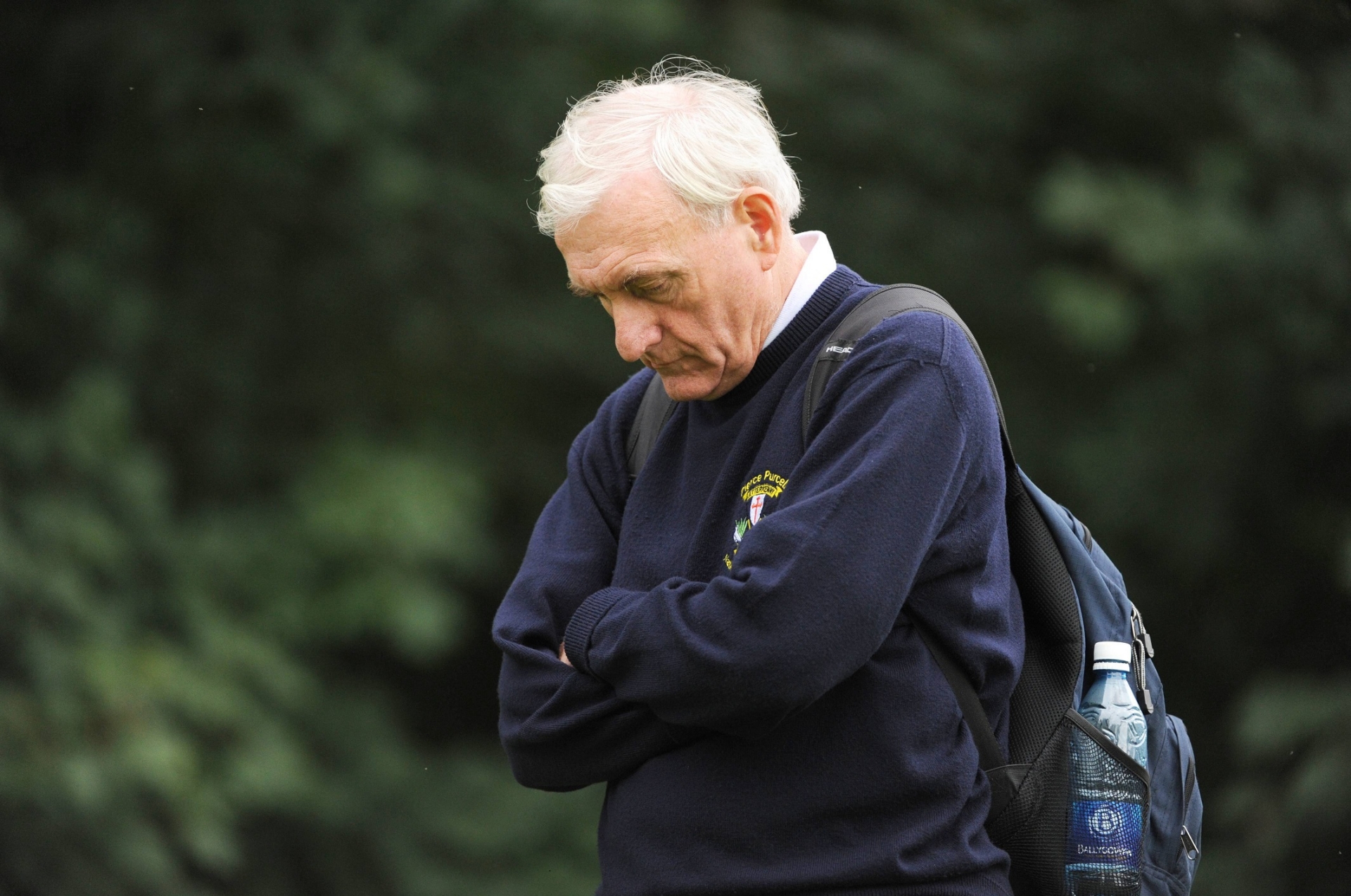 Letterkenny Golf Club team manager Barry Ramsay in a pensive mood as his team-mates play out the 4th tie hole on their way to win the Bulmers Pierce Purcell Shield Final in Tullamore in September 2009.  Picture credit: Ray McManus / SPORTSFILE

The highlight was a par on the par 3 16th. Barry had been in contention for first prize on President’s Day a few years back when he took a 5 on the 16th after landing his ball just behind the green.

“So when I got the par on Saturday, I was happy,” he said.

He also pointed to a good decision on the 18th when he drove into the trees on the right.

“I think it was my experience of playing on club teams that I took my punishment and just chipped out sideways,” he said. “I was on the green in four, two putted and took my two points.”

It was the right thing to do. Barry’s 45 points gave him a narrow win over Oisin McLaughlin, Brian Carney and Tony Blake who were all just a point behind on 44.

And when the results were confirmed on Saturday evening, Barry said the messages of congratulations were overwhelming.

“My phone hasn’t stopped since,” he said.

“I’ve been getting so many messages from people saying well done, and I have to say, I am really humbled by that.”

Barry’s handicap has been cut to 26.3, but he said he’s not too bothered about that.

“It’s not about the handicap,” he said.

“I was just delighted to win such a prestigious prize.

“I’ve gone close before. In the year after I was President, I was second in the President’s Prize.

“And I remember one year in the Blackbush Tournament in Northern Ireland which was a massive competition with a huge entry, I managed to finish on the same number of points as the eventual winner only to lose on a break of tie.

“So I’ve been the bridesmaid before - thankfully on Saturday it all came good.”