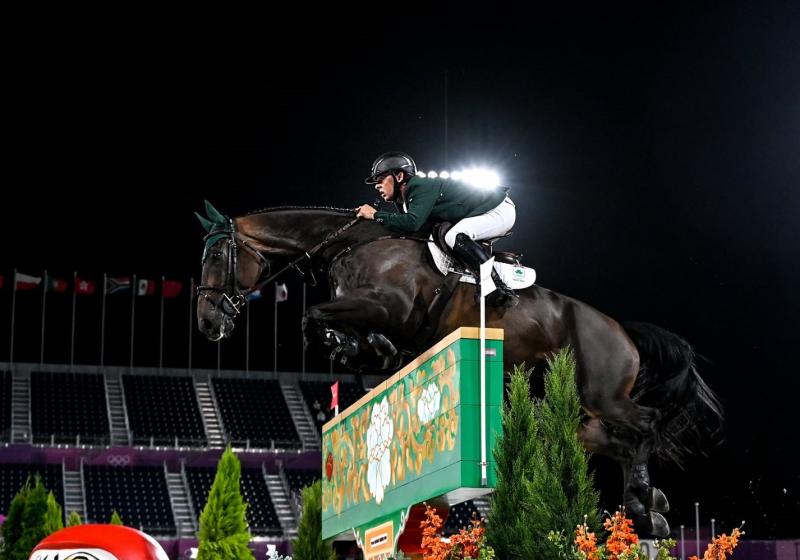 The start list has been announced for the Tokyo Olympics Team Qualifier in show jumping, and the line-up includes Donegal horse Pacino Amiro.

Rider Bertram Allen and Pacino Amiro will be joined on Team Ireland by Shane Sweetnam on Alejandro, and Darragh Kenney on VDL Cartello.

Sweetnam replaces Cian O’Connor who withdrew from the team event after his horse Kilkenny suffered a nose bleed during Wednesday’s individual final.

In a statement after the final, O’Connor said: “I’ve decided not to put Kilkenny forward for the team competition as his well-being comes first. I have no doubt we will have much success together in the future.”

Ireland have been drawn ninth out of 19 teams. The event gets underway on Friday at 11am Irish time. All the first team riders will enter the ring together. Shane Sweetnam will be in that group. Next up will be the second team riders, including Bertram Allen, followed by the third team riders which includes Darragh Kenny.

Pacino Amiro was bred by one of Donegal’s top showjumpers, Simon Scott in Convoy from sire Pacino and out of Scott’s mare Carnone Dancing Queen (by NC Amiro).

The horse was sold to Aiden McGrory, Ballintra who sent him to Kenneth Graham’s stable Lenamore in Muff to produce him. Among the shows in which Pacino Amiro competed as a young horse was the annual showjumping event in Donegal Town.

Pacino Amiro was brought to Bertram Allen to ride after the Wexford-born showjumper expressed an interest in him. And when the team was picked for Tokyo, Allen was happy to take the Donegal horse to the Olympics. 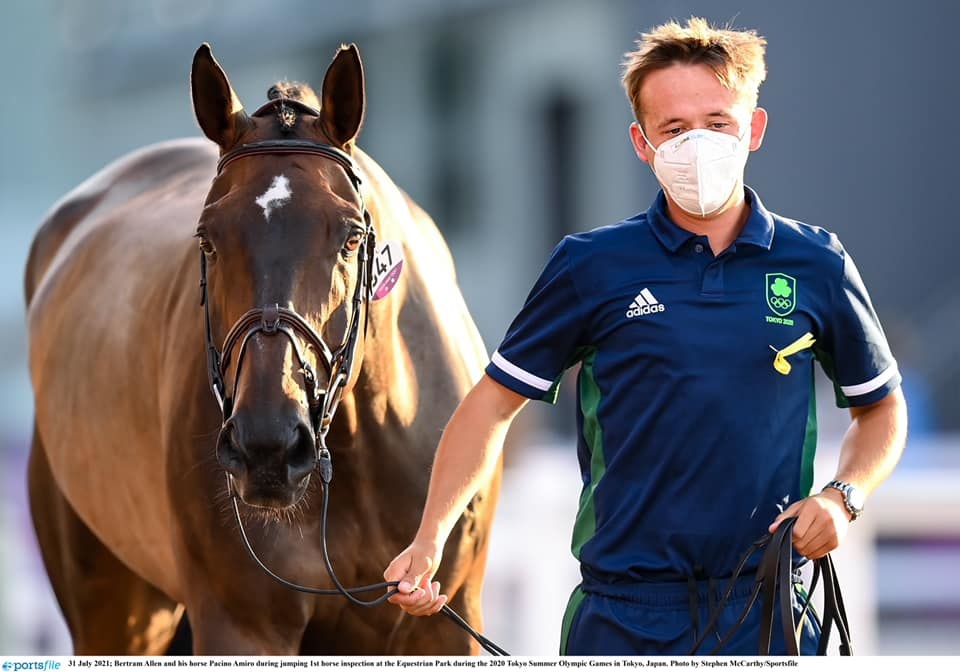