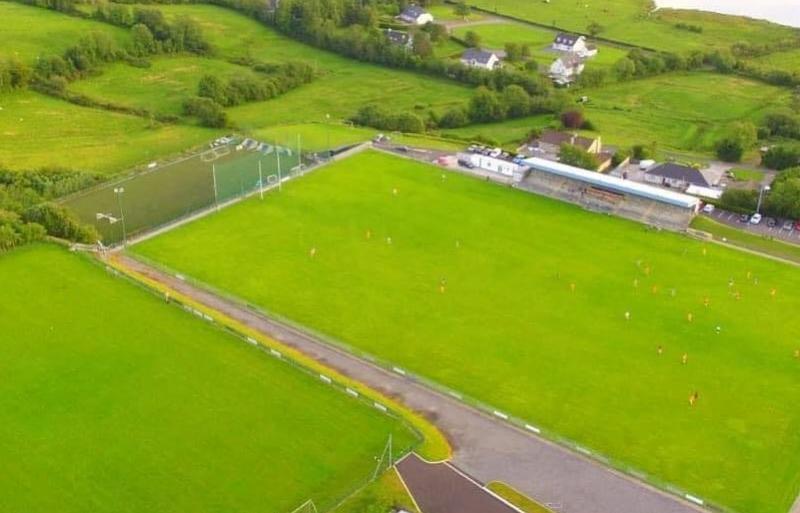 Masters on top at Tirconaill Park on Saturday evening

Letterkenny Gaels travelled to a sunny Tírconaill Park on Saturday evening to take on hosts Four Masters in a first ever adult meeting between the two sides.

Both teams were already aware that their league standings would not alter with the result. In an entertaining game the big score in the opening half came from Gaels corner forward Ciaran Kilfeather on 29 minutes to put the visitors two up at half time.
Gaels other scores came from Cormac Cannon (2) Conor McBrearty (2) and Ronan Frain. Four Masters scores coming from Shay Travers (2) Cillian Faulkner (2) Conor McMonagle and Cathal Canavan.
Half Time: Four Masters 0-6 Gaels 1-5.
McBrearty and Cannon for Gaels and Travers and Barry Dunnion for Masters shared scores early in the second half before McBrearty for Gaels finished to the net to put Gaels five up.
The hosts hit back immediately with a well taken Cillian Faulkner goal. The experienced Dunnion and Cian Hegerty levelled matters before the final water break. Diarmuid Ó Cathail then scored a fine point on 51 mniutes before Dunnion again equalised for a tense finish. County U-20 player Richard O Rourke, snatched the winner for Four Masters from a ‘45 as the home team held on for a narrow win.
Gaels will now meet Fanad Gaels in a promotion playoff which is scheduled for Sunday next 5th September.