Letterkenny club up into Division 2 for first time ever 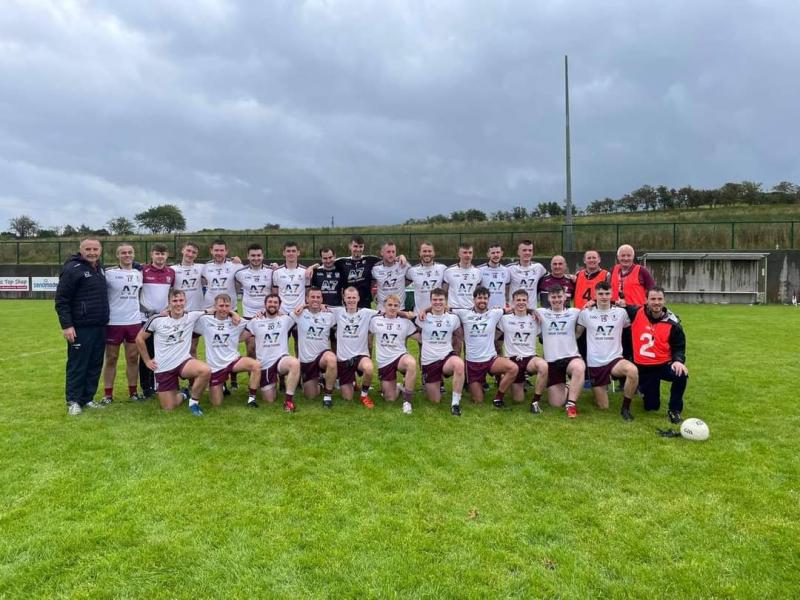 Letterkenny Gaels can look forward to playing Division Two football for the first time ever next season after they recorded a memorable one-point extra-time win over Gaeil Fhanada at the Burn Road, Termon on Sunday.

This Division 3 promotion play-off was a hugely entertaining encounter with both teams serving up a quality contest which was blessed with some fantastic score-taking from both sides.

Indeed of the 29 scores kicked over the 70 minutes, 24 were from play and only five were from frees.

In the end, it took extra-time to decide this contest by which stage both teams were out on their feet after giving their all in an absorbing clash.

Fanad led by just a point at half time in normal time, 0-9 to 0-8 with Oisin Shiels and half-back Bernard McGettigan kicking two points each for the leaders.

By the second half water break, Letterkenny were 0-10 to 0-9 in front thanks to scores from the excellent Cormac Cannon and the industrious Ronan Frain.

But from there to the end, there was little to separate these sides and an injury time Cormac Cannon free from the hands from way out on the right touchline levelled the game at 0-12 apiece, and the match would go to extra time.

By half-time in extra time, it was still all square at 0-13 apiece and while Oisin Shiels kicked another class score to put Fanad ahead again, a Cannon free and a brilliant point from Diarmaid Cahill saw Letterkenny edge in front.

It was a lead they would manage to hold to the finish, much to the delight of their supporters, on this the club's 25th anniversary year.