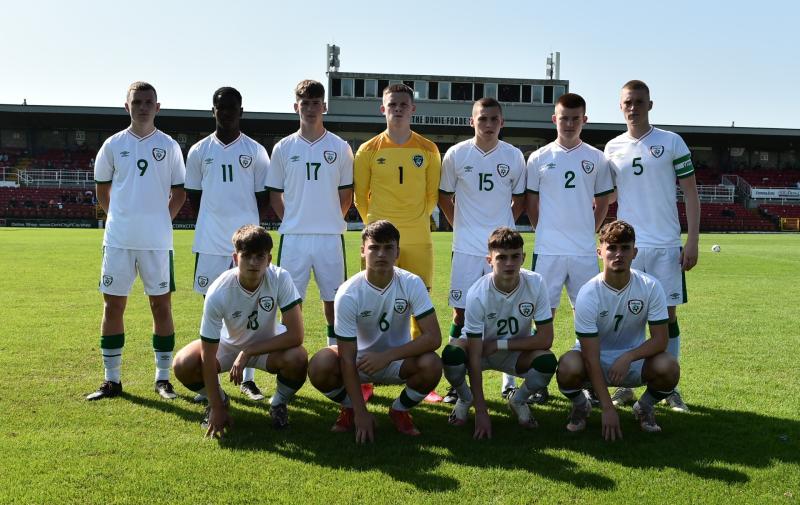 The Republic of Ireland U-17s who played Mexico on Tuesday

Donegal goalkeeper Fintan Doherty came off the bench to play for the Republic of Ireland U-17s in an international friendly against Mexico in Cork today (Tuesday).

A brace from striker Alonso Ripoll ensured Mexico won the second game of their  International Friendly double header with the Republic of Ireland 2-0.

Ireland were looking to make it back-to-back triumphs ahead of their UEFA Under-17 European Championship qualifiers, which also take place in Cork in October, but Ripoll’s second-half double before a Kevin Zefi penalty miss meant this Irish camp ended in defeat.

“We have had a fantastic week,” admitted manager Colin O’Brien shortly after full-time.

“Mexico are a powerhouse at this age group. Two years ago they were in the World Cup final, they have quick players, explosive with really good actions on the ball so our players got a lot from it.

“They were high-intensity games so we are delighted with that and I think it will stand to us going into competition in four weeks time.

“I think this will be huge, we will get huge benefits from this camp. The level of games we got this week will be a real eye-opener for the players, it will really stand to them.”

O’Brien made five changes from his starting eleven that defeated the Mexicans 2-1 in their first friendly fixture at this venue on Sunday night. 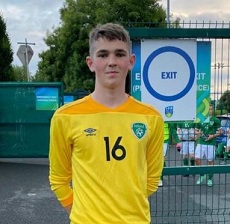 The Boys in Green’s best chance of the first period fell to Cork City’s Mark O’Mahony but after being sent through on goal by a superb pass from Darius Lipsivc, the striker blasted his effort against the crossbar.

They would rue missing that opportunity as Mexico edged in front shortly after the restart when Alonso Ripoll tapped Diego Oliva’s cross into the net from a few yards out.

And with 63 minutes on the clock, the visitors doubled their lead and it was that man Ripoll again who got it as his header from substitute Alexei Dominguez’s cross deflected past goalkeeper Fintan Doherty and just inside the right post.

Ireland had a glorious chance to set up an interesting finale with 22 minutes remaining but after being fouled inside the box, Kevin Zefi’s penalty and his subsequent rebound were both brilliantly saved by keeper Pablo Lara.