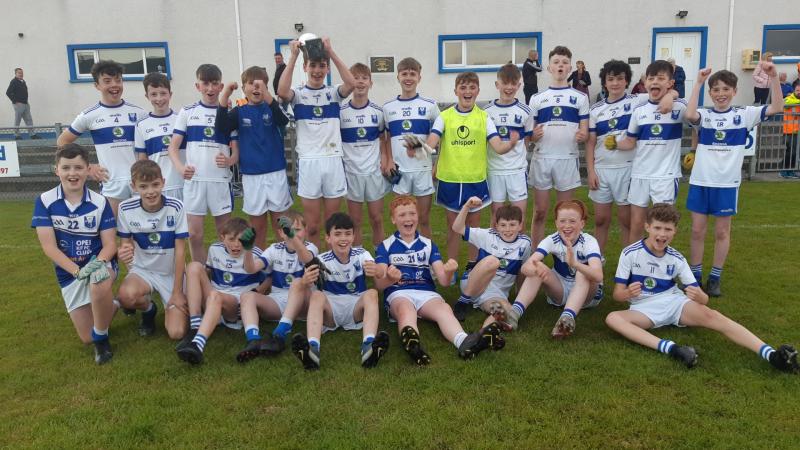 Four Masters prevailed in a thrilling U-13A county final against Ardara in Davy Brennan Memorial Park, Glenties.
Four Masters 1-13
Ardara 2-8
This game had everything a string of fine saves by Ardara goalkeeper, Joe Gallagher, in the first half which kept his team in the game; some great blocking, not least by Alex McMullin in the Four Masters defence.
There were some great tussles between Ardara full-forward Odhran Walsh and Masters full-back Jack McGroarty while Shane Sweeney and Patrick Gallagher excelled around midfield for the losers.
Tomas Carr (son of former county man Shane) played his part while Josh Cullen was immense at the start of the second half and Thomas Lenihan hit the scores when they were most needed. One of those was the point of the game when he dispossessed Ardara 'keeper Joe Gallagher on the endline and a long way from goal, but he somehow found the target.
Four Masters had most of the possession in the opening half but were three points down at the break, thanks mainly to the magnificence of Gallagher in the Ardara goal. He denied Four Masters goals on five occasions in that half.
At the other end Odhran Walsh hit two goals, the first getting on the end of a Shane Sweeney centre before the first half water break, and the second when he dispossessed McGroarty around midfield and drove through to score.
The Ardara first half points came from Jack Elliott, Niall Boyle and a Shane Sweeney free.
Thomas Lenihan hit three frees for the winners in the opening half while Josh Cullen notched two and Tomas Carr hit the other from distance.
Half-time: Ardara 2-3, Four Masters 0-6.
Josh Cullen hit two quick points on the restart but Shane Sweeney replied. Then came the score which turned the tide. Tomas Carr found Thomas Lenihan in space and he cooly slotted home for Four Masters to take the lead - 1-9 to 2-4.
Josh Cullen (2) and Lenihan added points to push the lead out to four but Shane Sweeney replied before the second half water break.
Jack McGroarty had a point ruled out which looked good before Shane Sweeney (free) and Oran McMullin traded points.
There was another twist when Masters big midfielder Conal Flannery was black carded with 18 minutes on the second half clock (U-13 is 25 minutes each way). It seems harsh at U-13 level to have a black card last 10 minutes! Shane Sweeney converted the resultant free
Down to 12, Four Masters were under pressure. Odhran Walsh worked an opening but blazed over the bar. Thomas Lenihan converted a '45' to push the lead out to two once more.
But the final minutes saw Lenihan clear but he blazed wide while Shane Sweeney got in at the other end but hit the crossbar from close range. Four Masters held on, but only just.
Afterwards Youth Officer Conor McDermott presented the cup to Four Masters captain Tomas Carr. 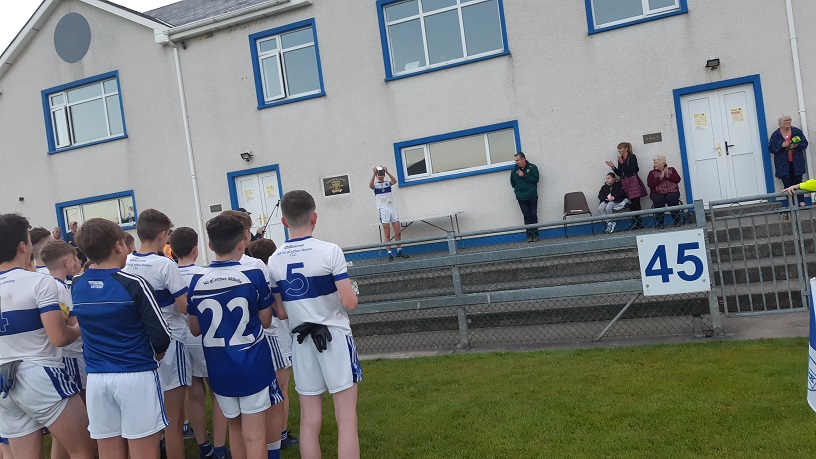 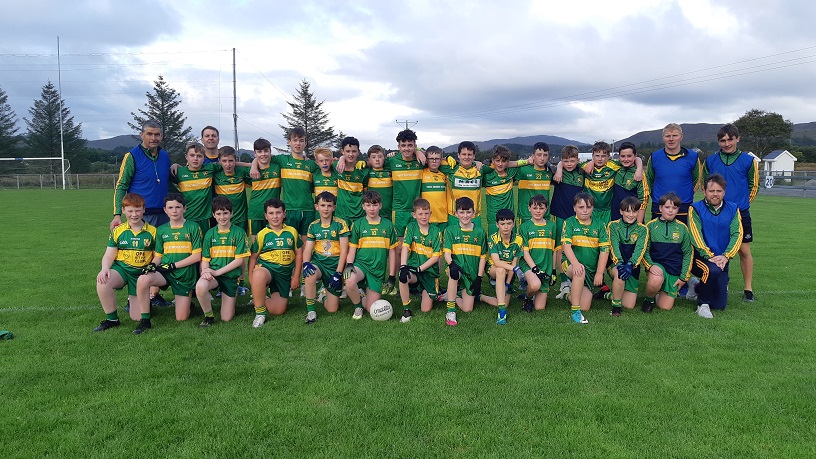 The Ardara U-13 team pictured before the final 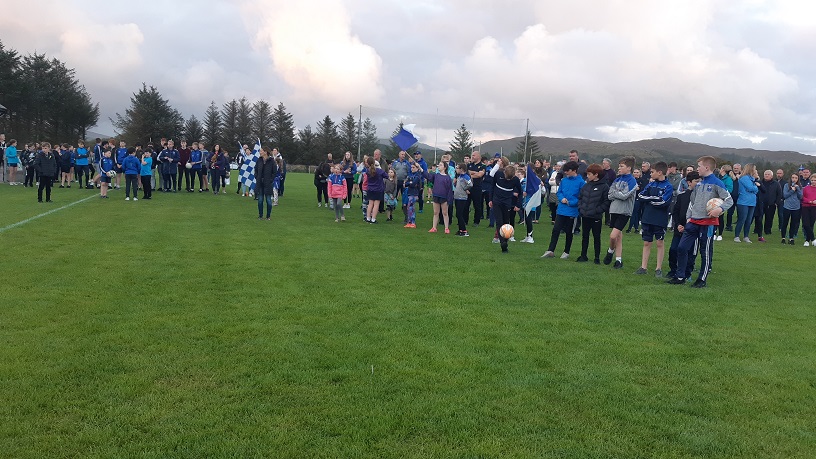 The huge crowd pictured at the presentation