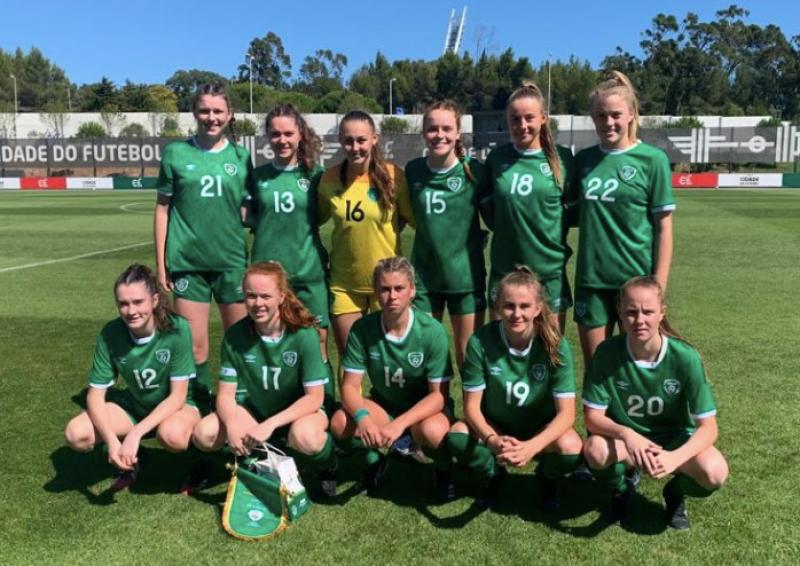 Emma Doherty started and Erin Fildara McLaughlin came on as a sweet strike from Teegan Lynch helped the Republic of Ireland Women's Under-19s claim a 1-0 victory over Portugal in an International Friendly in Lisbon.

Donegal Women's League  Doherty is from Buncrana while Sion Swifts duo Kerry Brown and McLaughlin are natives of Greencastle and Culdaff respectively. All three played in the 2-1 loss to Norway on Wednesday, and Brown sat out today's match.

With the sun beating down at the Portuguese FA headquarters, it was the team wearing green who looked more comfortable by making smart decisions in possession and covering space off the ball. Head Coach Dave Connell freshened his team up by making 11 changes from the side that started the narrow 2-1 loss to Norway last Thursday in the first of three games in a mini tournament.

The goal came shortly after that with Lynch dispossessing Portugal defender Ana Cruz just outside the box, controlling the ball and managing to hold off Cruz and Joana Prazeres before finishing with her right foot into the bottom corner of the net.

Next up is a game against Denmark on Monday.