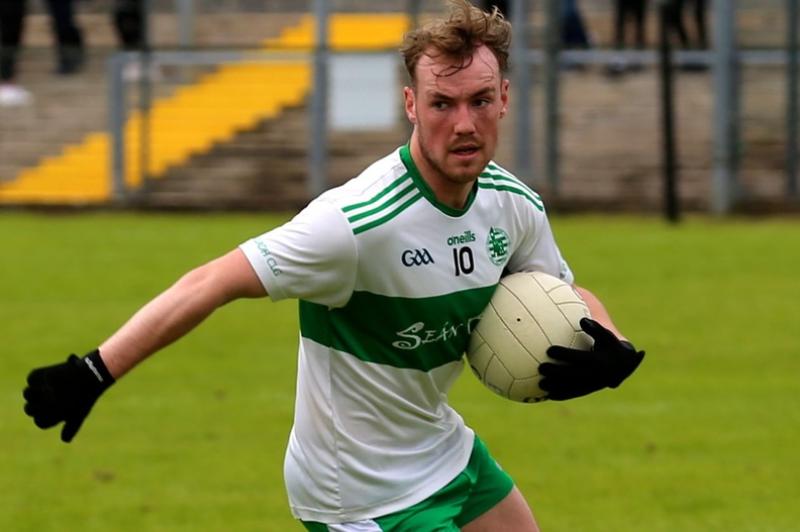 Aodh Ruadh were much too strong for Four Masters in Tirconaill Park in their first match back in the senior championship in 11 years.

Nathan Boyle gave a masterclass with 1-6 as the winners had eight different scorers in a one-sided game.
Four Masters were not able to contend with Aodh Ruadh's running game and apart from Richard O'Rourke and the ageless Barry Dunnion, they were unable to cope.
There was a good opening quarter for Aodh Ruadh as they tacked on seven points to lead by five at the first half water break. Four Masters did have a goal chance on five minutes with Killian Faulkner pulling his effort from close range across the goal.
Nathan Boyle hit two mighty dead balls, a '45' and a 55m free while regular scorer Philip Patton also hit two.
Shane McGrath, Mark McGlynn and Conor Patton got the other Aodh Ruadh scores, while Richard O'Rourke accounted for both Four Masters points, both from frees.
It was much the same story in the second quarter as Aodh Ruadh continued to keep the scoreboard ticking over.
Darren Drummond, Oisin Rooney, Philip Patton (free), Mark McGlynn and a magnificent point from Nathan Boyle had them 0-12 to 0-4 ahead at the break. Four Masters points came from frees from Cian Hegarty and Richard O'Rourke.
Nathan Boyle had a point inside 23 seconds of the second half restart. Richard O'Rourke and Philip Patton traded frees.
But the game was dead and buried when Eamonn McGrath found Nathan Boyle with a great ball and Boyle fired to the net and a 1-15 to 0-5 lead on 39 minutes.
From there to the end it was not a contest although Four Masters did manage to score from play through Richard O'Rourke (2) and Shea Travers.
Four Masters 'keeper Martin Cassidy saved a second goal near the end, denying Shane McGrath.
Overall, it was a game to forget for the home side who now travel to Towney to face Kilcar on Sunday next. Kilcar manager, John McNulty, was a spectator but he was able to leave long before the end to avoid the traffic.
Aodh Ruadh will face a much tougher test when they welcome Naomh Conaill to Ballyshannon and we will be better able to judge their credentials after that game.