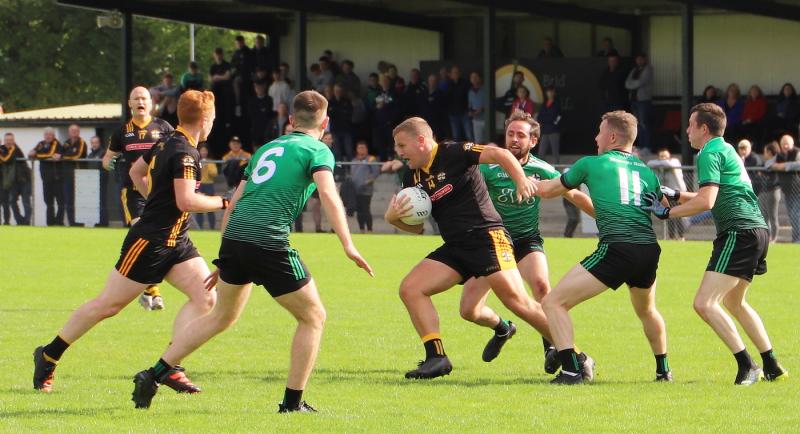 Naomh Brid got their Intermediate championship back on track with a win over local rivals Naomh Ultan in Trummon.

After a heavy defeat last week in Dungloe, the home side did the spadework for this victory before and after half-time. Naomh Ultan were quick out of the blocks with the opening two points, but they found the going tough until the final quarter when they put on a late spurt, with two goals, but it was not enough.
Naomh Brid led by 0-4 to 0-3 at the first half water break and then pushed on the lead by 0-9 to 0-4 at half-time.
Not for the first time Darragh Brogan was to the fore while veteran Declan McCafferty chipped in with four points from play.
A goal from Eoin Rush in the third quarter saw the home side extend their lead to 1-12 to 0-7 and Naomh Ultan's hopes of getting back in the contest were not helped when Aaron Kyles was red carded.
The Dunkineely men, however, did finish strongly in the final quarter, outscoring Naomh Brid by 2-2 to 0-4, with the goals coming from Patrick White and Peter Alvey, but with big full-forward Alan Lyons held scoreless, the home side held on for victory.