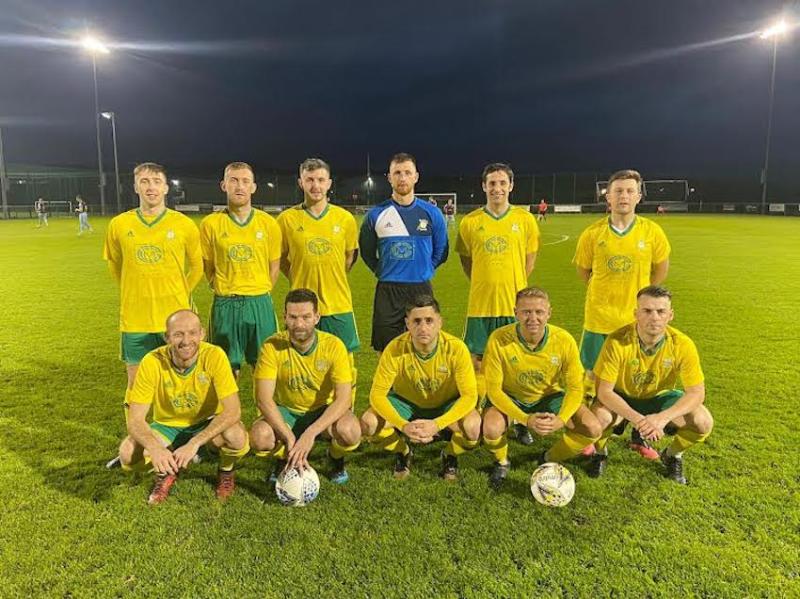 Larkin’s early goal proved the decisive strike in a game of inches. Bonagee had several chances to put the game beyond Derry’s reach, but the young Candystripes were within touching distance of an equaliser in the closing stages.

Jason Gibson’s hosts, though, hung onto their advantage.

With Oisin Cannon unavailable due to college commitments in Dublin, Bonagee were able to call on Shaun Patton to wear the number 1 shirt.

And Patton was key in those late moments when Derry threatened. Patton got his fingertips to a tidy Liam Mullan’s effort in the 94th minute, enough to touch it onto the post.

Also in a nervy conclusion, Patton saved a drive from Mullan and Bonagee managed to keep out the follow-up. The Dry Arch men hit the front in the 12th minute, Larkin finishing from Tony McNamee’s corner kick.

Chris Dillon and Larkin had attempts to double the lead before Patton was called into action by Caolan McLaughlin at the other end. Dillon arched a first-time attempt wide when connecting with a Michael Funston cross late in the first half.

McNamee was into the palms of Lemoignan when the former Candystripe was presented with a good opening before Dan O’Donnell rifled over the top as Bonagee began to push for a second. Sub Aidan McLaughlin might have copper-fastened the win, but he headed wide from Jamie Lynagh’s cross before Funston crashed off the outside of the post.