Jason McGee back as Cloughaneely ease past Burt in IFC 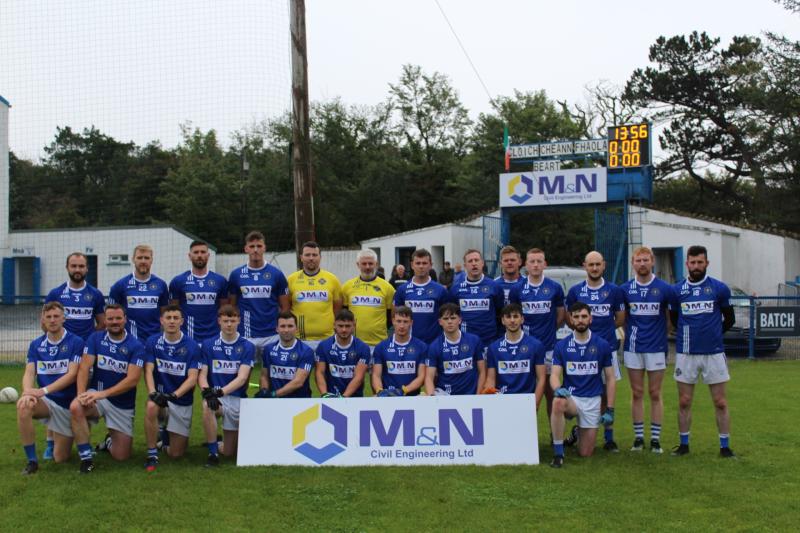 The Cloughaneely panel before today's IFC clash with Burt in Falcarragh

Cloughaneely were the more dominant side as they came away worthy winners under slippery conditions at home against Burt today.

It means the side managed by Michael Lynch now have two wins from their three outings ahead of a trip to Buncrana in their last group game.

Having lost to Naomh Columba Cloughaneely then defeated Gaeil Fhánada last Sunday in Portsalon, although talisman Jason McGee was absent with a back injury.

The weather no doubt played a huge factor in the, at times, lacklustre performance from both sides. Both Cloughaneely goals came in the dying minutes of each half with Aidan Doohan getting a hand to the ball to tap in the first from a deflected ball and McGee blasting home the second after the ball was neatly off-loaded to him from Darren McGeever.

Burt worked hard defensively but failed to register scores at the other end. Sean McHugh scored all six of Burt’s points. Cloughaneely had an array of scorers with McGee, Cillian Gallagher, John Fitzgerald, Ciaran McFadden, Blake McGarvey, Paul Sweeney, Aidan Doohan and Declan McGarvey all contributing for the win.