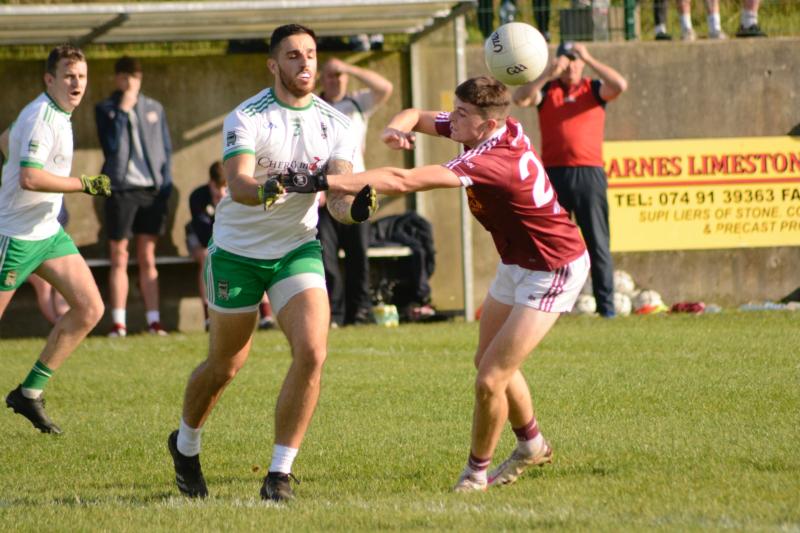 MacCumhaill’s secured a place in the Donegal SFC quarter-finals when their six-point win over Termon on Saturday saw them over the line ahead of both Glenfin and Glenswilly on scoring average.

It was a deserved win for MacCumhaill’s, but a late flight-back from Termon ensured it was a nervy end for the Twin Towns club who knew that results elsewhere had to also go their way.

Termon scored 1-2 in an exciting conclusion to this game as the MacCumhaill’s supporters at the Burn Road anxiously sought updates from the other games.

But substitute Jamie Keegan’s injury time point stretched the MacCumhaill’s lead out to six and when referee Jimmy White signalled full-time, it was a relieved MacCumhaill’s team who knew they’d done just enough to advance for the quarter-finals.

Keegan’s impact from the bench was one of the high points of this MacCumhaill’s performance. He scored 1-2 after coming on six minutes into the second half - his goal shortly after his introduction proving a vital score.

MacCumhaill’s can also thank their goalkeeper Eoin Gallen for a fine penalty saved towards the end of the first half - he dived low to his right to stop Ryan McFadden’s penalty after the keeper had been penalised for a foul on Steve McElwaine.

The winners were also well served by Oisin Gallen who scored six points, four from play, and the excellent Steven O’Reilly who chipped in with three points from right half back.

Termon must dust themselves down and prepare for a relegation battle, but they can take great heart from a fine closing quarter.

McFadden will be disappointed with his penalty miss, but he contributed a quality display from midfield and helped set up the Termon goal which was finished to the net on 59 minutes by substitute Mark Gallagher.

MacCumhaill’s led 0-5 to 0-4 after the opening quarter but a black card to Termon’s Conor O’Grady saw the visitors take advantage and by half-time they led 0-11 to 0-7.

They kicked on at the start of the second half with Oisin Gallen, Cian Mulligan and the O’Reilly brothers Steven and Martin all raising the white flag.

Credit to Termon, they staged a late rally and that’s definitely something to build on as they prepare for their relegation quarter-final with Four Masters.