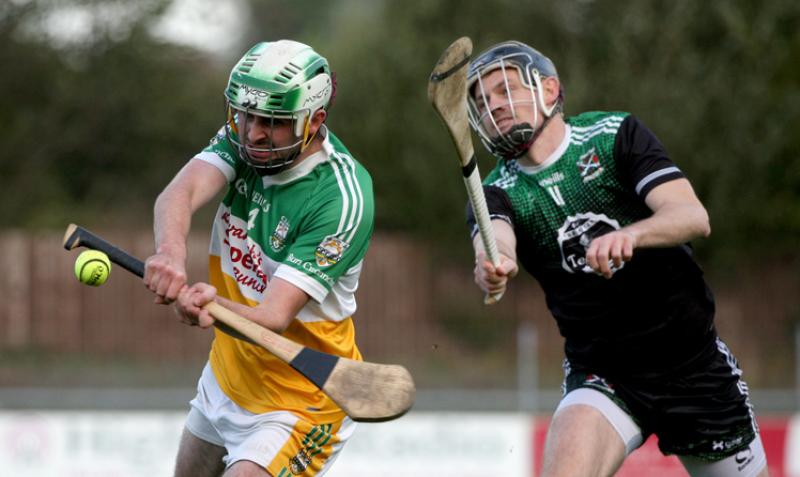 If the first semi-final was a cagey affair, this one was as gentle as the opening of a cricket match in good old England.

There was no real pace or urgency as hot favourites Setanta went about their business in a calm, measured manner.
Their scores were greeted with polite applause with Buncrana not putting up any real resistance.
Ex-Armagh star Declan Coulter got the champions off the mark with a well struck 55 metre free in the 6th minute.
Teenage sensation Oisin Marley the turned smartly and arced over a fine point for the winners to double their lead.
Ruairi Campbell, from a famous Setanta hurling dynasty made it 0-3 to 0-0 by the seventh minute and Coulter made it 0-4 to 0-0 by the 10th minute.
Buncrana’s best player Jack O’Loughlin got his team’s opening point in the 11th minute and another superb effort from the side line to leave Setanta leading by just two points at the fist water break.
This looked like a reasonable start for the underdogs, who came to this match with some degree of confidence.
But all illusions were shattered as Setanta simply steamed away in the second quarter.
Marley, Gerard Gilmore and Coulter eased the winners into a 0-10 to 0-3 lead by the 23rd minute.
And when Josh McGee smartly whipped the sliotar to the net this match was well over.
Coulter continued to tap over the frees nonchalantly and Buncrana’s only real response was from the trusty stick of Jack O’Loughlin.
PJ McCarron moved out from full-forward for Buncrana but Setanta still managed to devour all the breaking ball.
And Danny Cullen was as imperious as Franz Beckenabauer of West Germany as he dictated matters from the back in a very pedestrian affair.
His brother-in-law Declan Coulter led the forwards very well while Bernard Lafferty was a very effective creator of scores for the rest of the forwards with some clever diagonal balls.
And Buncana had no real answers to the clever movement and finish of Marley and Ruairi Campbell.
The second half was pretty much more of the same, with Setanta giving some of their subs a run as did Buncrana.
Buncrana threw on John Vaughan for David Carey at the break but matters did not get any better for them on the scoreboard as Setanta led by 1-11 to 0-4 at the break.
Gilmore added to that tally as did the inevitable Coulter early in the second half.
Buncrana had a great chance of a goal in the 40th minute when McCarron’s sheer physical power took him right through the Setanta defence.
He was in a one on one situation with keeper Ciaran Bellew but he tried to bat the ball into the net in order to stop being hooked, but could not make the right connection and the chance was gone.
Setanta suffered a blow when their gifted full-forward Oisin Marley had to go off after a clash that left him with an eye injury. But it is believed that he will be fit for the final against St Eunan’s.
Jack O’Loughlin hit his side’s last point from a free in the 44th minute while Setanta’s legendary sub Kevin Campbell powered over a great point to end an easy victory for the Finn Valley men.