A third win in five years for Letterkenny 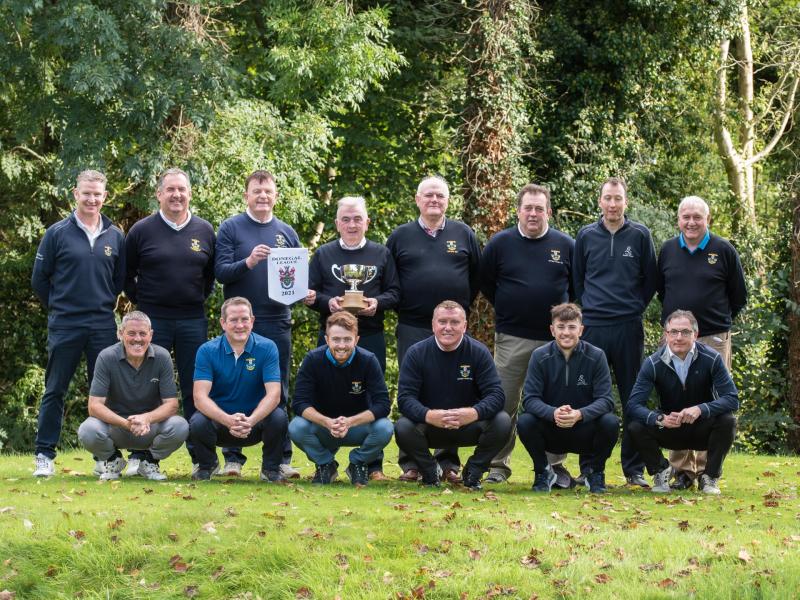 Letterkenny Golf Club’s recent run of success in the Donegal League continued at the weekend when for the third time in five years, they were crowned league winners following a hard-fought win over Ballybofey and Stranorlar GC.

The Twin Towns club had taken a narrow 3-2 lead into Sunday’s second leg at Barnhill.

And the Letterkenny players produced a fantastic display on home turf to win the second leg 4 ½ to ½, much to the delight of the team’s management of Niall O’Donnell and Edward Harvey.

Two birdies on the 15th and 16th by Ryan Griffin (Ballybofey and Stranorlar  G.C.) changed the match and the Letterkenny players were 1 down. However on the 18th hole Cian Harkin (Letterkenny G.C.) put in a huge effort just missed an eagle putt but secured the hole with a birdie to half the match overall.

In the third match Liam Sweeney and Henry McCahey won their match on the 16th hole having staged a great comeback as they were 2 down after 5 holes.

In the 4th match Charlie Coughlan and Michael Nelis, two players better known for their Ulster Cup exploits, won on the 16th by  4 and 2.

In the final match Freddie Wilson and Chris Nee continued their excellent partnership this year, winning 3 and 2.

The new trophy in honour of Paddy Carr who has been an inspiration in setting up the Donegal League was presented to Niall O’Donnell (Captain of Letterkenny ) by Paddy’s son Tony Carr.

Throughout his long golfing career Paddy Carr set up many new competitions and all the golfers of Donegal are now enjoying the fruits of his vision.