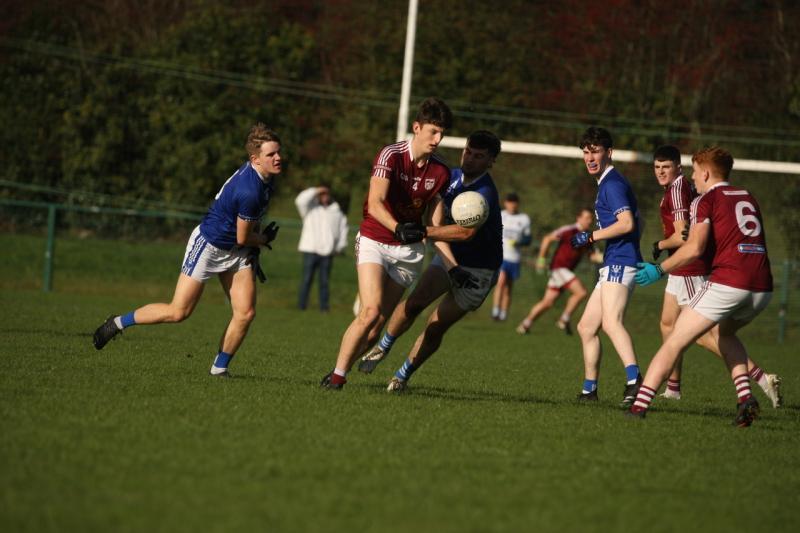 Four Masters reached to the depths of the reservoir to preserve their senior football championship status.

When Richard O’Rourke stood over a free court minutes into added time, the incessant rainfall was all that could be heard, bar a collective inhale from the attendance.

Donegal Under-20 midfielder O’Rourke sailed his effort between the sticks to seal a gutsy win for Four Masters.

The introduction of young guns Seanan Quinn, Shay Travers and Dermot Slevin off the bench helped turn the tide, but Termon - who kicked ten wides and spurned two goals chances - will surely wonder how this one got away.

Four Masters, who have been in the senior championship since 1997, are safe, while Termon have to put another of their lives on the line against Glenswilly.

A superb 45-metre free by O’Rourke had Four Masters within a point in the 53rd minute, but when Termon issued an immediate response in the form of a Ricky Gallagher point, Francie Friel’s men wears 0-7 to 0-5 ahead.

With time running out, Travers narrowed the margin with a lobbed effort that momentarily looked to have dropped into Emmett Maguire’s net.

With Termon down to 14 men, after Kevin McGettigan was black carded in a a frenetic conclusion, and with extra time looming, a now purring Four Masters weren’t done.

O’Rourke bagged a late goal when Four Masters defeated Termon in the 2019 Minor League final. He broke the Burn Road hearts here, nailing a fine winning point that sparked scenes mixing the jubilant with the relieved.

Termon were 0-4 to 0-2 in front at half-time, late scores by Steve McElwaine (free) and Daire McDaid (mark) inching them in front.

Termon - who registered six wides in the opening half - were denied a sixth-minute goal when Ryan Fagan superbly popped the ball from McDaid’s grasp on the edge of the square.

Sean O’Kennedy might have had a goal at the other end, but he hit the side-netting after good work in the build-up from Jason Duignan and Jamie Crawford.

Termon might have taken charge when James Doherty and McDaid combined to tee up Bobby McGettigan, but his effort was off target.

Nine minutes into the second half, McDaid’s ball across the goal face was met by Ryan McFadden, but his slapped effort was blocked on the line by Dylan Kennedy.

A fisted McDaid point in the 50th minute, Termon’s first from play, put two between the, but they were unable to shake Four Masters from their tails.

Down the home stretch, the heavens opened with Termon left looking to the skies.