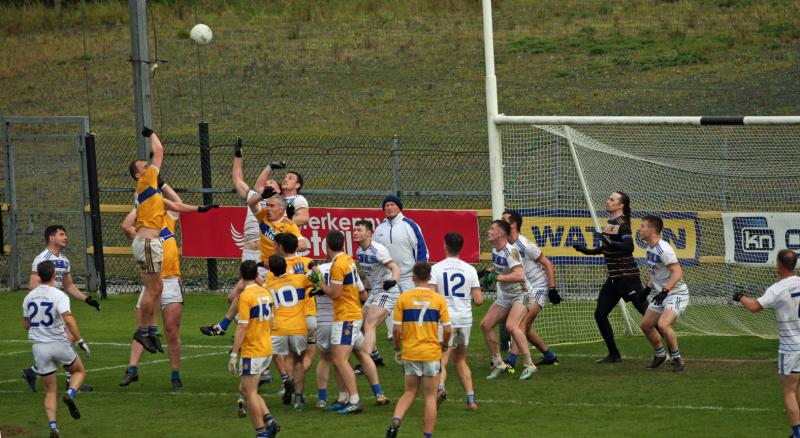 Naomh Conaill and Kilcar was always expected to be close and three minutes into injury time all eyes in O’Donnell Park were on referee Enda McFeely.

Three points down, Kilcar were going for broke and substitute Michael Hegarty lobbed a free into the Naomh Conaill square more in hope than expectation. McFeely blew the whistle immediately square ball against Patrick McBrearty, who punched the ball past Stephen McGrath for what Kilcar thought was a dramatic leveller.

McFeely signalled this and listened to the pleas before consulting with his umpires and cementing his original decision. Television replays showed a correct call. Despite being the better team, Naomh Conaill literally won by inches, but they’ve made more than a habit of this for it to be mere coincidence.

There were scenes at the end with players and officials from both teams seeing temperature boiling over, but when it settled it was those from Glenties getting clapped off. They’ll play St Eunan’s in two weeks time. It’s Naomh Conaill’s fifth final on the bounce.

Not long beforehand, there was a crazy passage of play where, in a pinball like situation, the ball was bobbling about Matthew McClean drove a loose ball only for Kevin McGettigan to block and then Ciaran Thompson made a similarly important injunction to stop Barry Shovlin's effort.

There were late threats to their goal, although Naomh Conaill had seen goal opportunities come and go and really made their hay in the third quarter, with a series of excellent scores to move to within touching distance.

The second half opened explosively, with the score level at 0-4 apiece. Firstly, seconds in, Charles McGuiness plucked a ball from the sky and turned only to be thwarted by a wall of Kilcar players. The follow-up broke to Eoin Waide, who absolutely leathered it into the crowd, only for it to stay out with Eoin McHugh the man who got in the way and stopped a certain goal. 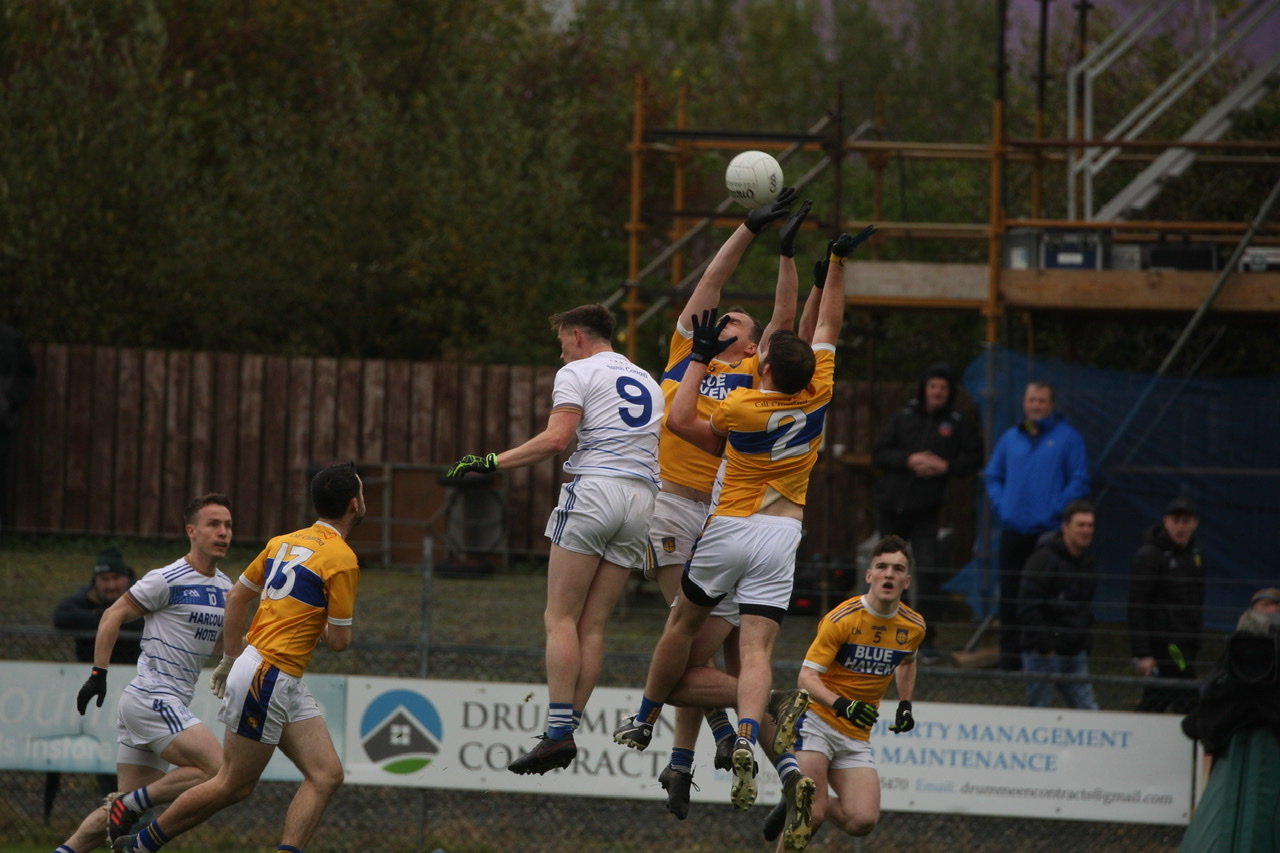 Then, less than a minute later, from a Ryan McHugh effort at a point - presumably - which dropped short, Ciaran McGinley, on it in a flash, made space for himself and drove at goal only for McGrath in the Naomh Conaill goal to save with his legs.

Stephen McBrearty was Kilcar’s standout player and his pointed eked the Towney-based side in front by a minimum, only for Naomh Conaill to hit back with three brilliant points - Odhran Doherty, Thompson and McGettigan the scorers for a 0-7 to 0-5 advantage for Martin Regan’s team.

Kilcar, at the other end, were not as fluid at the outset of the fourth quarter, a top-class score from Thompson, when he played a give and go from a sideline ball with Waide, and then another point from McGuinness made it 0-9 to 0-5.

Substitute Brian O’Donnell and then Patrick McBrearty pointed to cut Kilcar’s arrears back to two, with a bit of debate over the latter as to whether it was over or not. Odhran Doherty played in a dangerous ball which McGuinness punched over and then Ethan O’Donnell on the break made it 0-11 to 0-7. Kilcar’s last point before the finale came from Hegarty.

Naomh Conaill had some joy from the direct route in the 2020 final - which is still to be resolved of course - and with the whistle barely out of McFeely’s mouth, Leo McLoone planted a raking ball in which McGuinness marked in style and then pointed.

However, Kilcar’s long-range shooting began in exemplary fashion, with Stephen McBrearty scoring two beauties and then his brother Patrick doing the same from the 45-metre line. Naomh Conaill, who lost Odhran Doherty to a black card on 10 minutes for what was deemed a deliberate pulldown on Stephen McBrearty, pulled it back to 0-3 to 0-2 with a McGuiness free on the water-break.

Kilcar might’ve been edging it at the early juncture. But they were fortunate not to concede a goal on eight minutes when Jeaic Mac Ceallabhuí went on an electrifying run through the Kilcar defence and unselfishly laid off left to the supporting Waide, who slapped into the side-netting. The Naomh Conaill crowd in the O’Donnell Park stand thought it was in.

The second quarter was tensely contested, with Naomh Conaill getting to half-time level, at 0-4 apiece, thanks to an Ethan O’Donnell point and a McGuinness free, with Patrick McBrearty’s free in-between for John McNulty’s team.