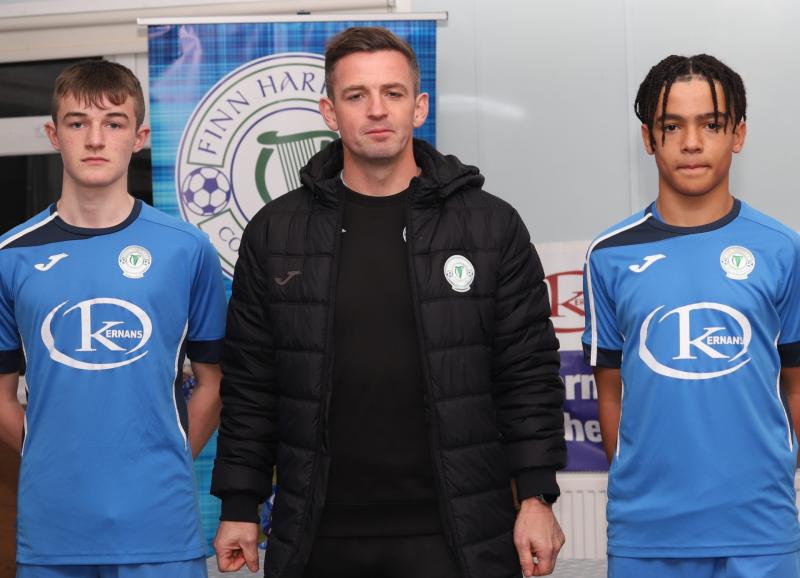 Getting to a national cup final is a great achievement in any season - but to have two teams competing in different finals on the same day is some going.

This Saturday, Finn Harps will be represented in the National League of Ireland Cup Finals at U-14 and U-15 level in a double-header at the Athlone Town Stadium.

“It promises to be a proud day for the club, for the coaches and for all the players,” McHugh said.

“It’s a fantastic achievement for everyone involved.

“We’ve had a great season right across the different age groups, but to reach two finals now and to have the teams playing as part of a double-header will be a great occasion.”

The Harps U-15s find themselves in a cup final, just weeks after they were very unfortunate to lose out in the league semi-final against Shamrock Rovers at Letterkenny Community Centre.

Eamonn Curry said it was disappointing to lose out against a very good Shamrock Rovers team, but they now have the chance to bounce back in the cup final against Cork.

“It’s no fluke that we are here in a cup final,” he added.

“There is great togetherness within the group. The coaches have been great and the players have worked really hard and hopefully we can get over this weekend.

“We try to prepare the boys as best we can and control what we can control.

“Obviously on the day, you just don’t know.

“We had a Zoom meeting at the start of the year and the last line at that meeting was to become All Ireland champions. At the time, nobody believed that we could do that, but we’re starting to believe now.

“If we can get an All Ireland medal this weekend, it will be down to the players because they have been brilliant.”

McHugh and Curry were joined by U-14 team captain Daniel Cunningham and U-15 captain Aaron McLaughlin at a press briefing on Monday evening.

James Rodgers, who is Chairman of the Finn Harps Academy was also in attendance, and he took the opportunity to congratulate all the teams and their coaches for the work, commitment and effort they have put in across the different age groups this season.