Cloughaneely end their IFC hoodoo with replay win over Dungloe 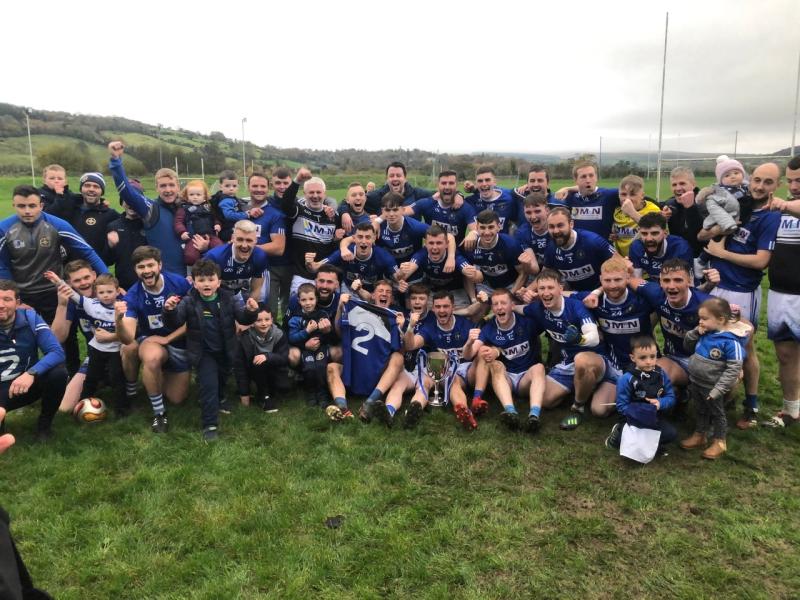 Cloughaneely finally ended their Intermediate Championship hoodoo with a convincing win over Dungloe in the final replay.

Blake McGarvey’s goal midway through the half torched the bonfires in Falcarragh as Cloughaneely got their hands on the Cathal McLaughlin Cup for the third time.

Cloughaneely were six to the good, 0-9 to 0-3, when the golden moment arrived in the 46th minute.

The Pairc Naomh Fionnan residents broke with pace and purpose. Blake McGarvey was in prime position when he took a pass inside from John Fitzgerald. McGarvey tucked the ball beneath Danny Rodgers, the Dungloe goalkeeper.

It is a moment they’ll recall behind Muckish for some time to come.

After successive final defeats to St Naul’s and Aodh Ruadh, Cloughaneely finally have their moment - and their passage back to the senior championship.

The pain endured on the field has been nothing in comparison to the heartaches off it, their very arteries torn in January 2019 when a horrific car crash in west Donegal claimed the lives of four young men, including John Harley, the Clouganeely captain.

Someone was surely smiling from above O’Donnell Park on a day when Mark Harley - John’s brother - scored two points to seal a third IFC crown for Cloughaneely, adding to the titles won previously in 2006 and 2014.

The afternoon ended with the Cloughaneely captain Mark Harley receiving the silverware from County Board Chairperson Mick McGrath. A fitting conclusion.

Donegal midfielder Jason McGee led the way for Cloughaneely with five first-half points and was the Man of the Match after a towering hour. The restoration of Ciaran McGeady and John Fitzgerald to the starting XV after injuries proved a timely boost for Michael Lynch’s team. 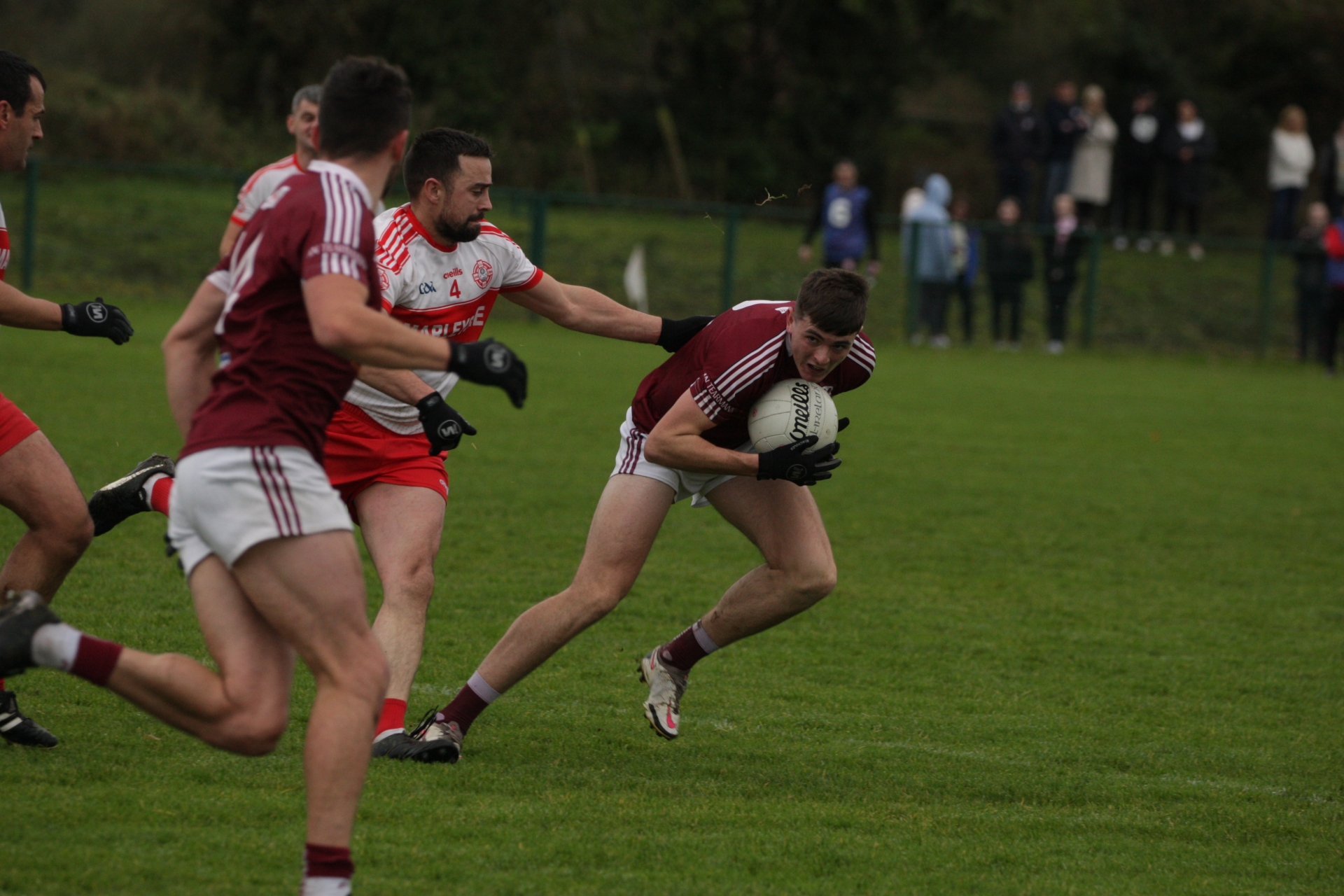 McGee stroked over a fourth minute free to put Cloughaneely in front and Mark Harley delightfully curled over from the stand side soon after.

‘Keeper Rodgers reduced the arrears with Dungloe’s first score in the seventh minute, but it was four minutes into added time at the end of the opening half when Rodgers added their second, again from a free.

In between times, McGee led the charge as Cloughaneely began to get get a real grip.

The Donegal midfielder popped over when his very positioning, close to the end-line on the right-hand side, seemed to almost dare him to try his luck. The flag was hoisted and there was a sense that a different Cloughaneely had come up the N56 this time.

A week ago, Cloughaneely were 0-9 to 0-2 behind, scored three goals in a madcap eight minutes to move ahead only to blow a three-point lead in the final four minutes.

Dungloe were outmatched by Cloughaneely in this one, though. The Rosses men didn’t register a score from play on a frustrating afternoon that will heighten the pangs of regret from the first game.

McGarvey’s fisted point gave Cloughaneely a 0-6 to 0-1 buffer at the water break.

McGee worked a one-two with Lee O’Brien to give Cloughaneely a 0-7 to 0-2 lead at the interval.

Seven days previously, Cloughaneely trailed by a similar scoreline at the short whistle. Here, they were determined to avoid a repeat of the craziness of the first instalment.

Rodgers’  third free brought Dungloe within four, but when Conor Coyle arched over from the left flank, Cloughaneely were well on their way.