"We were like: 'Wow!'" - Geraldine McLaughlin on her All-Star Award 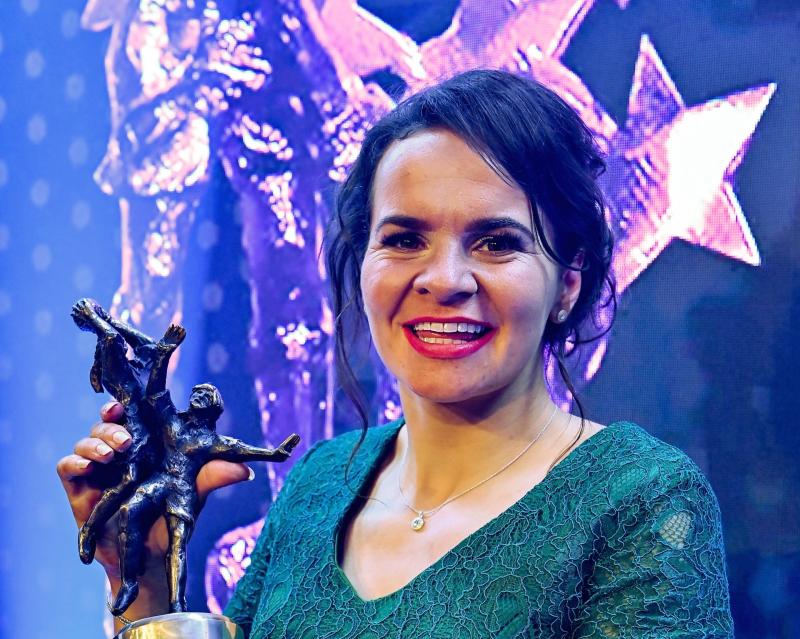 At the sixth time of asking, Geraldine McLaughlin has been named as a TG4 Ladies Football All-Star.

The Donegal ace was named at left corner-forward on the 2021 All-Star team on Saturday night at the Bonnington Hotel in Dublin.

McLaughlin was nominated for an award five times previously, but the Termon sharp-shooter has now become Donegal’s fifth Ladies All_Star.

“It means a lot,” McLaughlin said.

“When it finally came to me, I don’t think anyone expected it and we were like: ‘Wow!”

The reaction of her table when Marty Morrissey announced McLaughlin at top-of-the-left said it all.

McLaughlin scored an average of 9.9 points a game for Donegal - her best annual average in the Donegal colours.

She said:  “This year, it was more people saying it to me than me thinking about it. This is my sixth time here an it’s my first one. People be asking me how many i had and I was like ‘none’, but now I have one.”

Her sister, Nicole, was a nominee at half-back while her Donegal and Termon team-mate Evelyn McGinley was shortlisted at left-cornerback.

McLaughlin said: “There was a good crowd of us up. As long as one of us got it. Nicole was there too and you’d swear that we had won it. She was just as happen.

McLaughlin paid tribute to her family and her fiancé, Shane Callaghan.