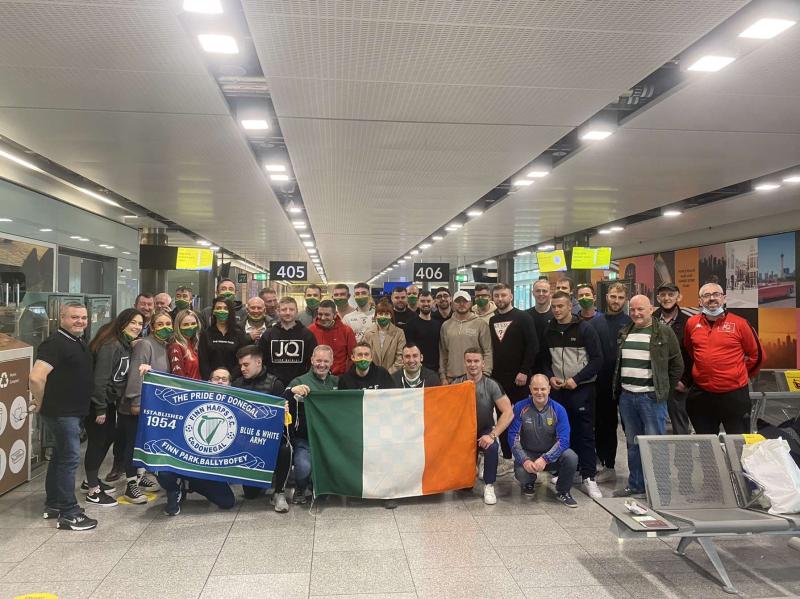 Family, friends and supporters at Dublin Airport on their way to the fight.

Hundreds have come to join with the thousands.

When Jason Quigley steps out under the lights on Friday night, bidding to become world champion, the Ballybofey man will hear a din like never before.

Manchester, an old mill town in New Hampshire, 50 miles north west of Boston, will be under the strain of an invasion from Donegal.

An exodus from the Finn Valley and beyond will bolster a huge support from the Irish community on America’s east coast when Quigley faces WBO world middleweight champion Demetrius Andrade.

“There’s nothing like the Irish fans and I cannot really imagine what it’s going to be like come fight night,” Quigley said ahead of his meeting with Andrade at the SNHU Arena.

“We all know how loud and proud they are and that’s giving me more excitement, and these are the types of things as well that can get fighters through a difficult period of a fight.

“When you hear the crowd roaring you on that can give you the extra lift and percentage to get you over the line.”

Quigley (30) faces the biggest night of his career - but he’s ready.

He said: “I have thoughts and visions of winning the belt and I am glad, because that shows that I have the self-belief that I can win this fight.”