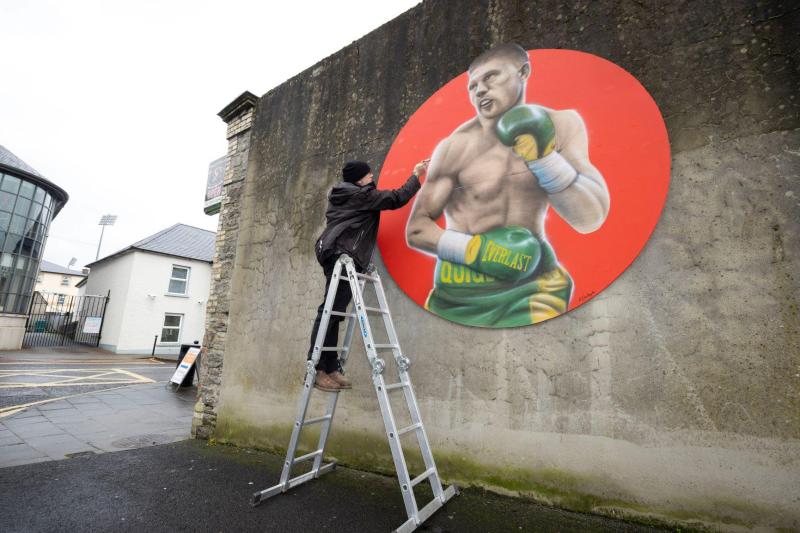 Ballybofey has teamed up Ladbrokes to create an eye-catching mural of local boxer and sporting hero Jason Quigley ahead of his WBO World Middleweight title bid this Friday.

The entire local community as well as the nation are backing the Donegal native and Ladbrokes ambassador to beat Demetrius Andrade (a.k.a. Boo Boo) for the title at the SNHU Arena in Manchester, New Hampshire, USA.

The mural which celebrates the boxer’s career, is the work of local artist Kevin Gallagher and is a symbol of the unwavering national support for the fighter. This striking image is on Back Lane, just off Lower Main Street right in the heart of the town. 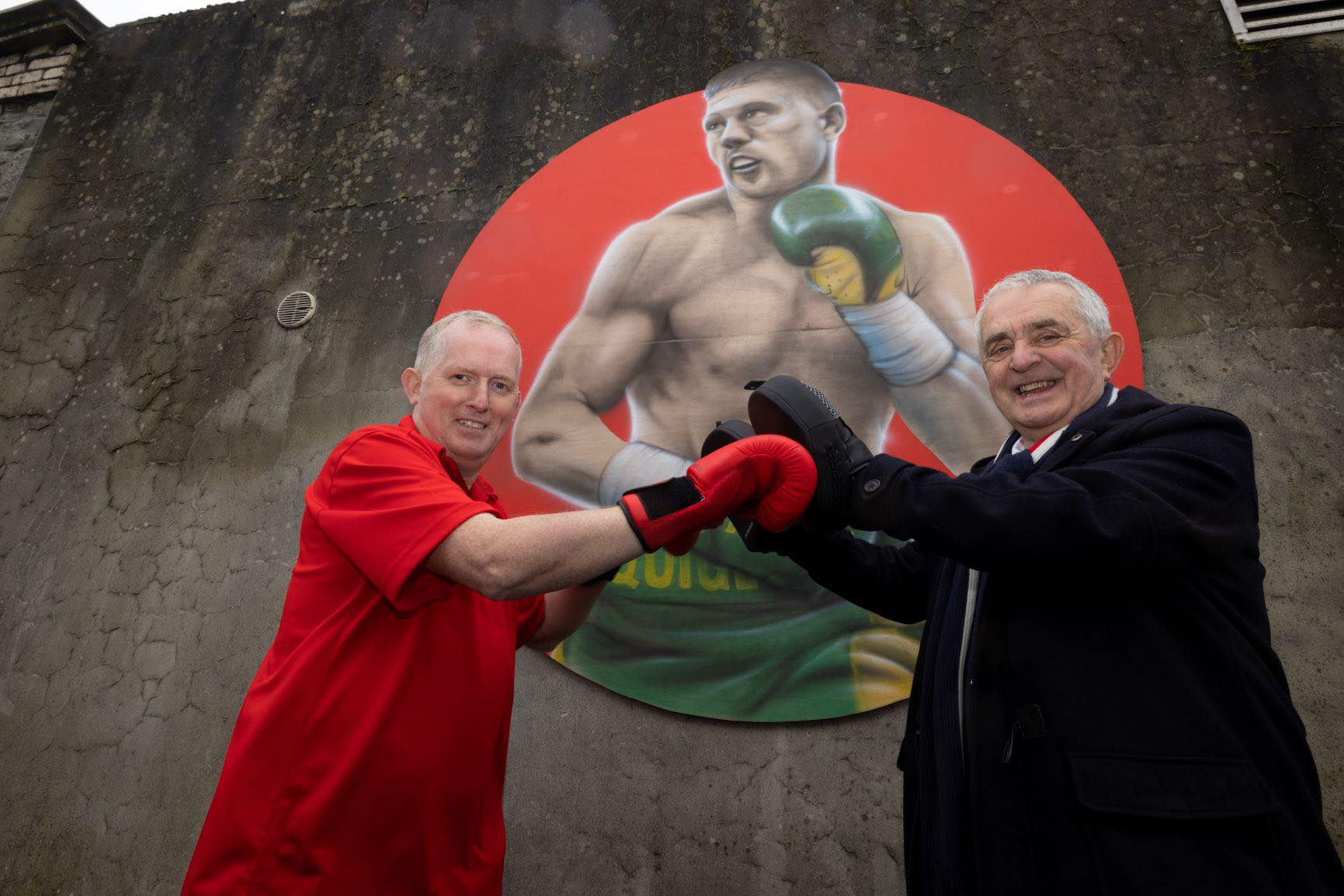 So great is the support for the boxer, that despite being the underdog at 7/1, punters believe that Quigley will defy the odds and win the title.

The highly anticipated fight is 11/8 to go the distance, while Quigley can be backed at 14/1 to win by knockout.

The former world amateur silver medallist, who has a professional record of 19 wins and one loss, is aiming to follow in the footsteps of his coach Andy Lee, who won the same belt in 2014.

Quigley is the second Irish boxer to face Boo Boo. He defeated Dubliner Luke Keeler in a successful defence of his belt in January 2020.