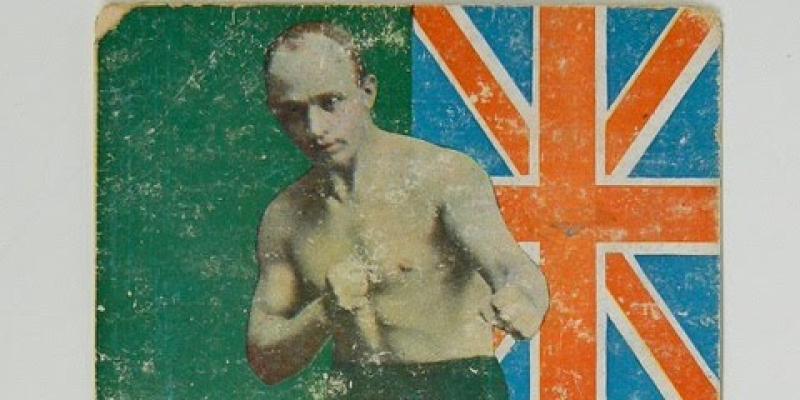 Pat Bradley, who was born near Quigley's Point

Pat Bradley, born near Quigley’s Point in 1884, defeated Jack Clarke at Sydney Stadium in Australia on March 19, 1913.
The bout was slated for 20 rounds, but Bradley stopped Clarke in the 12th.

‘Punching’ Pat Bradley, as he was known, developed quite the reputation and Boxrec statistics show that the 5’7” Inishowen man recorded 16 of his 17 wins by stoppage. He ended his career with a record of 17-12-3, 16KO.

One Australian newspaper wrote of Bradley: “If he had had to depend on points decisions to build up a reputation he would never have left the novice class. He was the finished knockout merchant if ever there was one - a real one-punch man in every sense of the term - and whether he landed properly with left or right the recipient stayed put and took no further interest in the proceedings.”

Bradley had seven fights, including five wins and two draws, in San Francisco from 1909-1911. Bradley overcame Willie Carter at the Dreamland Rink in his debut and his first five wins were all by way of knockouts.
Carter, Morris Lowenstein, CF Clark, George Haneski and Billy Grupp were all put to the sword by Bradley.

By the time Bradley was in Australia in 1912, he was slated for 20-round fights,
His maiden fight Down Under saw him stop Maurice Fleming on March 12, 1912 at the Gaiety Athletic Hall in Sydney. Bradley ended the fight in the 15th round. 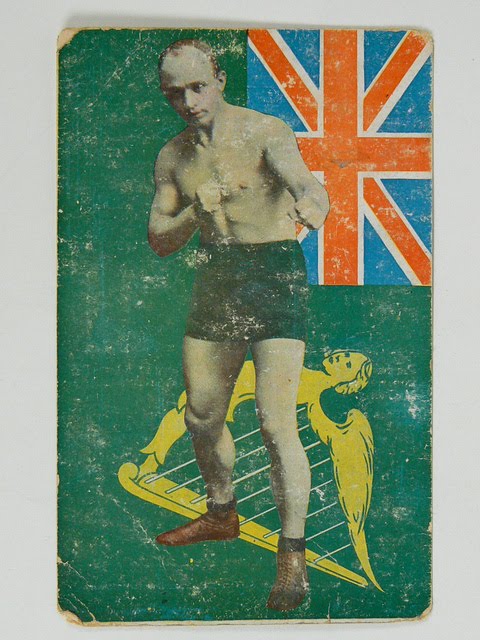 On April 16, 1912, the day after RMS Titanic sank in the North Atlantic Ocean, Bradley kept Bill ‘Yank’ Rudd less than two rounds, of 20 scheduled, at the Gaiety Athletic Hall.

Bradley was really making a name for himself in Australia. One newspaper correspondent wrote: “He was no respecter of persons. And when he entered the ring he had only one idea in view, and that was to annihilate his opponent in short order.

“Those swings of Bradley’s were dreadful things to contemplate, and when one landed, there was hardly ever a mistake - the full count followed.

“And unlike the average fighter he could not ‘pull’ a punch: he could not ‘stall.’ And box along quietly: every punch was fully loaded, and although they were sometimes erratic, they were always a deadly menace whenever they were about for no matter where they landed, they hurt.

“Boxer after boxer had gone down under the weight of that punch, and as far as he was concerned, what was virtually a reign of terror existed.

“The men around and about his weight were not exactly afraid of him, but although one and all knew that they ought to beat him in ordinary course of event, the menace of that punch was a nightmare to them.”

Wins over Frenchman Jean Audouy and Charlie Godfrey followed, both at the Sydney Stadium, before he met Clarke for the WBA world welterweight belt.

Bradley did not suffer defeat until Dave Smith stripped him of his title in a 20-round points decision at the Sydney Stadium on October 25, 1913.

In 1914, Bradley contended for the WBA world middleweight title twice, but he lost out to both Eddie McGoorty (points) and Jeff Smith (16th round KO).

Bradley was beaten by Augie Ratner in Buenos Aires in August 1916 before he returned to America, defeating Anton LaGrave in Reno in July of the following year.

His last recorded win was a stoppage of Joe Swain in March 1918 at the 11th Street Playhouse, Portland while a defeat to Army Welch at Liberty Park in Seattle on August 18, 1920 drew a close to his pro career.

During the 1930s, Bradley served on the SS Mariposa, an ocean liner which served in the Pacific Ocean. Many boxers from America voyaged to Australia aboard the SS Mariposa, a journey Bradley had made several years previous.
Pat Bradley died in San Francisco aged 91 on February 1, 1976.

* the above is an extract from Boxing In Donegal: A History, written by Chris McNulty, and available to purchase at www.donegalboxinghistory.com