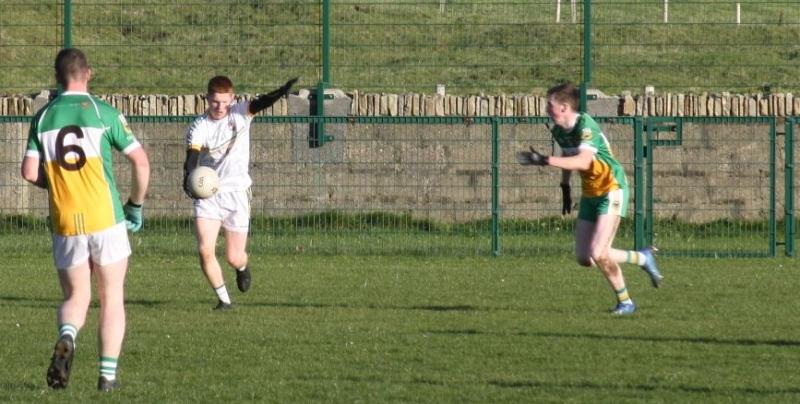 Downings pulled something of a shock win over Glenswilly,with a nine-point win in the U21B championship.

Keelan McGroddy’s two goals, one from the penalty spot just before half-time for Downings in this keenly fought encounter. County minor Paddy McGee kicked four points for the winners in a fine individual performance for the men from Rosguill.

The defeat continues Glenswilly’s U21 woes. It is now eight years since they last won a game in the championship - a statistic will not sit well with all in Pairc Naomh Columba.

Bernard McGettigan and Mark McAteer struck late as Gaeil Fhanada came from behind to snatch a dramatic win against Dungloe, in Portsalon

Dungloe who squandered a number of good chances in the second period were a point up going into injury time.

But two super points in injury time sealed a big win for the Fanad men. McGettigan struck first to tie up the game and McAteer clinched the win with a sweetly struck strike.

Glenfin v Letterkenny Gaels was called off on Saturday.  The Gaels were unable to field.

U21 C win for Carndonagh

Carndonagh  got their u21 championship campaign  off to a bright start with a big win over Robert Emmets, in Foden on Saturday.

The winners were on top from the off and led by eight points 0-10 to 0-2 at half-time. And they extended that lead in the second period thanks to goals from Christy McDaid and Paddy Monagle and points from Conor O’Donnell, McDaid and Cian Doherty to cruise to a comfortable victory.