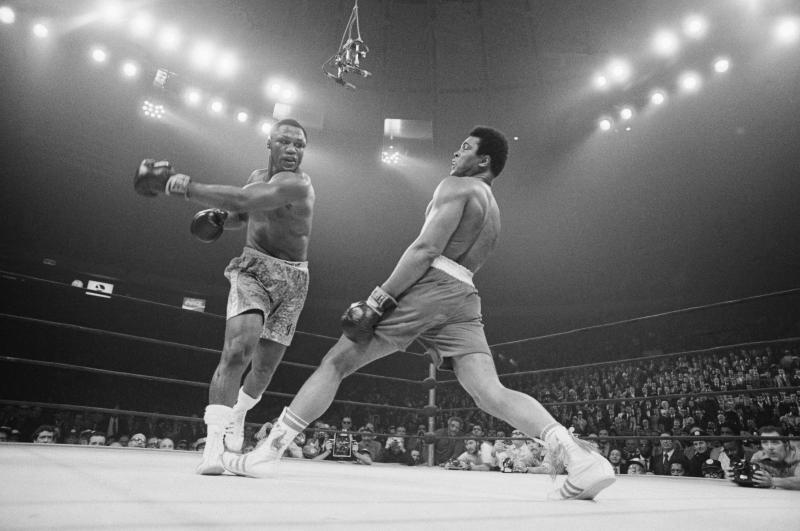 Joe Frazier defeated Muhammad Ali in the ‘Fight of the Century’ in Madison Square Garden in March 1971, less than tree months before Frazier toured Donegal and Derry

Joe Frazier touched down at Aldergrove Airport in Belfast in June 1971 - just three months after defending his WBA and WBC world heavyweight titles.

At Madison Square Garden, ‘Smokin’ Joe defeated Muhammad Ali in the ‘Fight of the Century’. Frazier took a unanimous decision after 15 rounds and would have two more successful defences before losing to George Foreman in Jamaica. 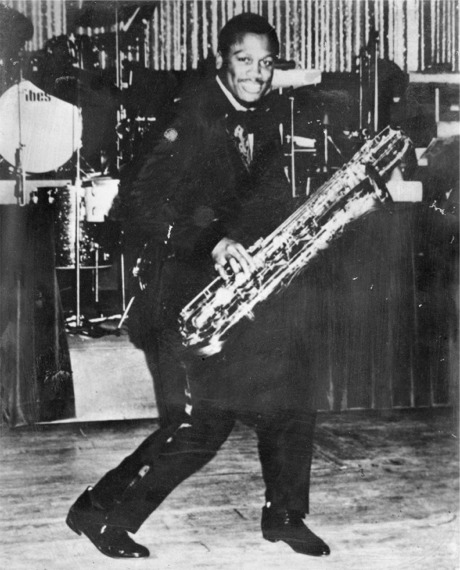 Frazier was one of the world’s leading sportsmen when he landed in Ireland for a mission with a difference.

The banner advert in the Derry Journal screamed to prospective punters: ‘Your only chance this century to see in person a reigning world heavyweight champion’.

Frazier sang and played a saxophone with a soul-funk band, The Knock-Outs. With the aid of an agent, Pat O’Brien from Cork, Frazier landed for a bumper tour to take in ten shows across six nights at venues in Donegal, Derry Belfast, Castlebar, Castlerea, Dublin, Limerick, Tralee, Youghal, and Cork.

The first of the shows was at The Golden Slipper Ballroom in Magilligan, where only 27 people paid in.

Later that evening, June 8, 1971, just over 50 people paid the admission free to get into The Lilac Ballroom in Carndonagh.

"The Lilac was only open about six months when I booked Frazier and I thought the place would be packed out,” promotor Oliver Simpson recalled of the time when he hoped the ring king would sell-out his newly-built ballroom.

The admission fee of £1.50 appeared to turn the punters off and, with Frazier on a reported £4,000 a gig, the venture was a flop.

"I had to charge three times the usual 10 shillings to make up the cost but I lost a fortune on that gig," Simpson said.

The week of the gig, the Journal reported: ‘A couple of hundred people gathered outside the Lilac hoping to catch a glimpse of the world champion. After Mr Simpson saw that he was going to have no more than the small crowd who had turned up, he let the people outside go into the ballroom to see the show without charging them.’

Simpson said: “I listened to the whole set. I enjoyed the gig but not losing all that money.” 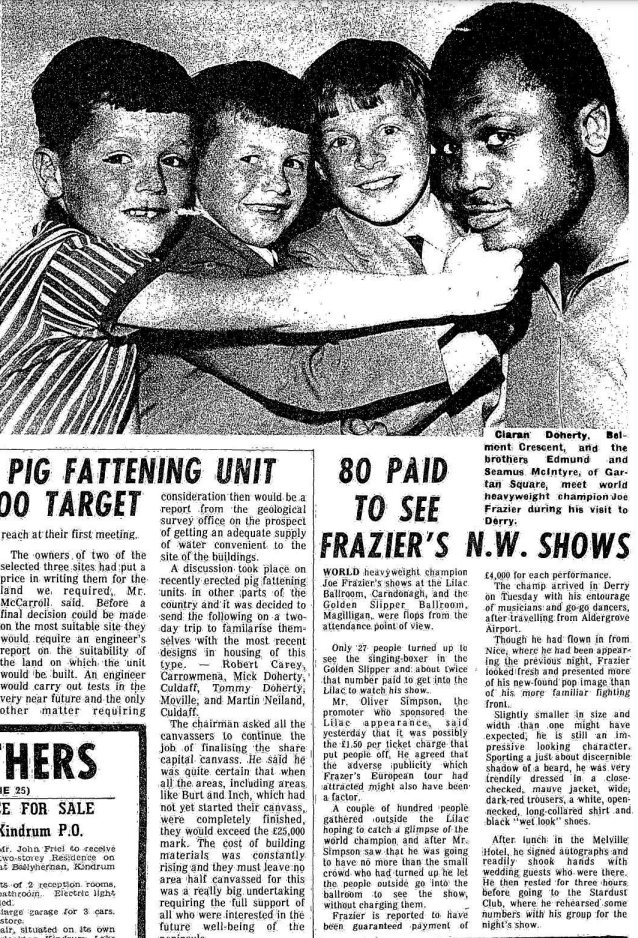 The Journal described Frazier as: ‘Slightly smaller in size and width than one might have expected, he is still an impressive looking character.’

Simpson later said: "He was a very nice man and he gave us a great show that night in Carndonagh. He was ahead of his time.”

* The above is an extract from Boxing In Donegal: A History, a book written by Chris McNulty, which is available to buy at www.donegalboxinghistory.com