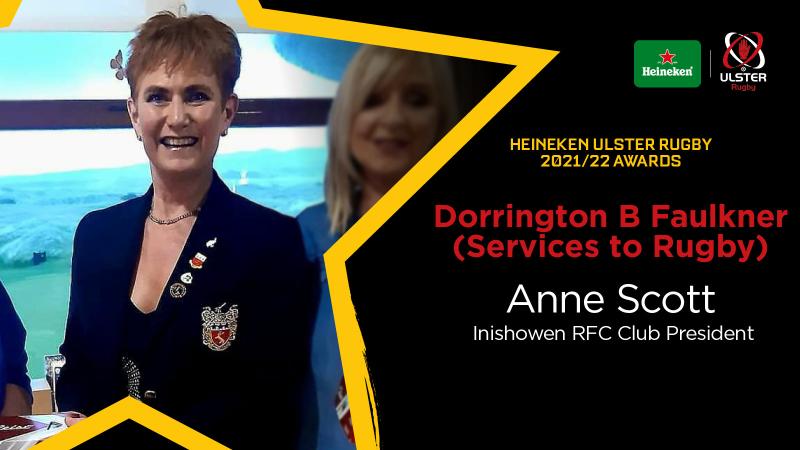 Anne has been named as the recipient of the Dorrington B. Faulkner (Services to Rugby) Award from Ulster Rugby.

Anne and Inishowen RFC have a long history dating back as far as the 1970s when she supported her late husband Stuart, who played for Ulster’s most northerly club. Hailing from the Lindsay family in Ballyclare, rugby was always in her blood.

She then played a vital role in the mini section of the club when her son, now a senior player, started out at U8 level. She has since carried out every job within the club and is known as the go-to woman, working tirelessly as Club President.

From taking registration on training nights, to catering for the teams on a Saturday; from organising meetings and fund-raising, to supporting every team at each age grade, whether at home or away, Anne welcomes all visiting teams with the renowned Inishowen hospitality.

The contribution she has made to the club and Ulster Rugby has led to her well-deserved recognition in the form of the Dorrington B. Faulkner Award.