Peadar O’Donnell’s Islanders, a conference on Arranmore this weekend, will explore the theme, ‘Islands on the Edge’ 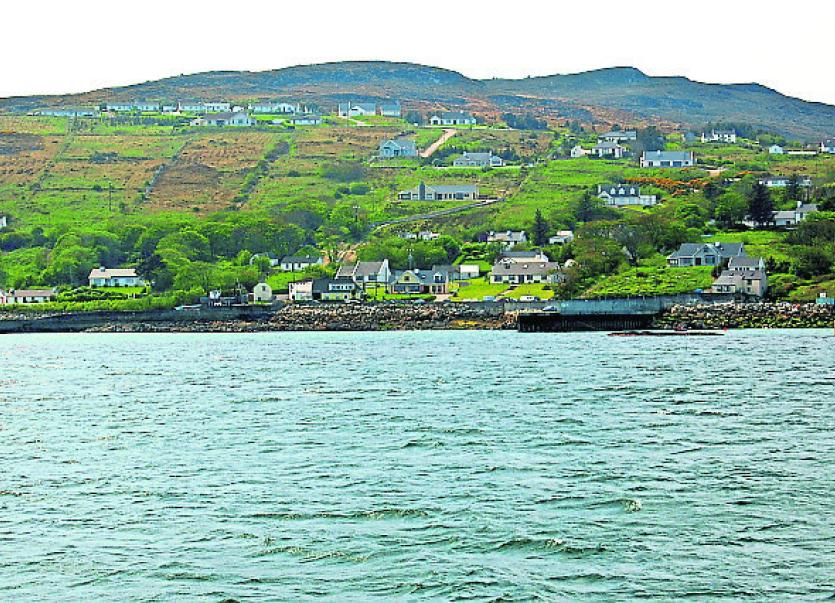 Arranmore Island will host the conference, Peadar O'Donnell's Islanders, this weekend to discuss Islands on the Edge.

Inspired by author and activist Peadar O’Donnell’s passion for social activism, Arranmore Island is hosting a conference this weekend to discuss Islands on the Edge, Oileáin ar an Imeall.

The event will also mark the close and longstanding connection Peadar forged with Arranmore islanders while serving as headmaster of the island national school.

“Peadar O’Donnell’s Islanders, Oileáin ar an Imeall, Islands on the Edge”, takes place from September 8th to 10th on Arranmore.

“We explored different ways of commemorating Peadar and his work, and we wanted to keep close to Peadar’s ideals,” Nora Flanagan of Arranmore. Nora and trade union activist Seamus Rodgers, members of the conference committee, announced details of the event recently, in Siptu offices in Letterkenny. 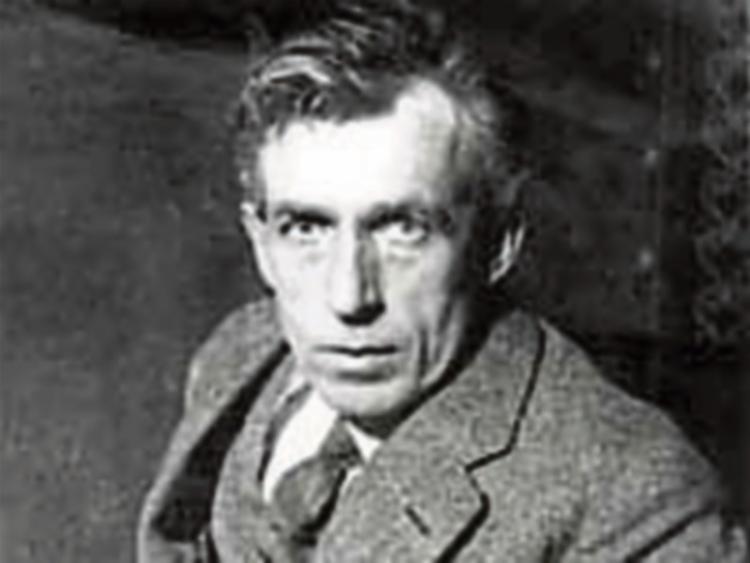 Born in Meenmore, outside Dungloe, in 1893, Peadar O’Donnell was a prominent social activist, a human rights campaigner and a prolific writer. He was headmaster of the No. 1 National School on Arranmore Island from 1916 to 1918. He died in May of 1986.

“Peadar was a social activist who fought on behalf of working class people everywhere – anywhere there was social injustice, Peadar was there,” Nora said. “And it is a social injustice that we as islanders are forced to emigrate and are not able to come back to the islands, because we are losing such an awful lot.”

Arranmore’s population has dropped 45 per cent over the past 50 years, between 1966 and 2016. “That’s a huge decline,” Nora said. The conference will explore how that trend can be reversed on Arranmore and other islands.

Nora and Seamus said Arranmore is well-serviced for families, with two national schools and a secondary school that draws students from the mainland; regular ferry from two ferries; two co-operatives that promote economic, social and cultural development on the island; and sport and recreation facilities as well as sandy beaches, scenic cliffs and mapped walks.

However, if people do not have employment they cannot take advantage of the enjoyable island lifestyle, they said. In the past, island emigration was cyclical, with people travelling to Scotland for tattie hoking, or for work in the tunnels and mines. But they always came back, Nora said.

“Now, with people going on to higher education, to third level, there aren’t the same opportunities for coming back,” Nora said. She pointed to the lack of reliable broadband service on Arranmore as an obstacle to people’s ability to work on the island.

The conference weekend will also mark the launch of a campaign to provide the island with high-speed broadband, in the hope of opening up more avenues for employment there.

While Peadar O’Donnell was on Arranmore he developed his appetite for socialism, and became heavily involved in the trade union movement. He also developed strong ties with the Donegal islands of Inish Fraoch and Inish Caorach – he set his 1927 novel, Islanders, on Inish Caorach.

Peadar also advocated on behalf of Arranmore islanders forced to emigrate to Scotland to work as tattie hokers and with islanders established the Arranmore Migratory Labourers’ Union.

Peadar was also a union organiser for the Irish National Teachers’ Organisation (INTO) and the Irish Transport General Workers’ Union. Seamus said Peadar O’Donnell was an international figure as well, recruiting for the Republicans in the Spanish Civil War and making his voice heard on such issues as the Vietnam War and apartheid in South Africa.

“Maybe Peadar and Father McDyer didn’t achieve all their goals, but at least they made their mark there as well and brought life back into a dying area,” he said. “They are to be commended for that.”

An invitation has also been extended to all Irish and Scottish islands to attend.

The weekend will also include a screening at 8pm on Friday evening of the documentary film “Atlantic”, which follows fishing communities on Arranmore and in Newfoundland and Norway, and the challenges they face in light of oil exploration and industrial fishing in their waters.

Jerry Early of Arranmore is featured in the documentary film and will introduce the screening, to be held at the Ionad an Chrois Bhealaigh on Arranmore.

Music will also feature on the weekend: Recalling Peadar O’Donnell’s father, who was an avid fiddle player, renowned fiddle player Martin McGinley will lead fiddle workshops on Saturday. There will be a concert at 2pm on Sunday with the Donegal Youth Orchestra, Árainn Mhór Pipe Band and local musicians. 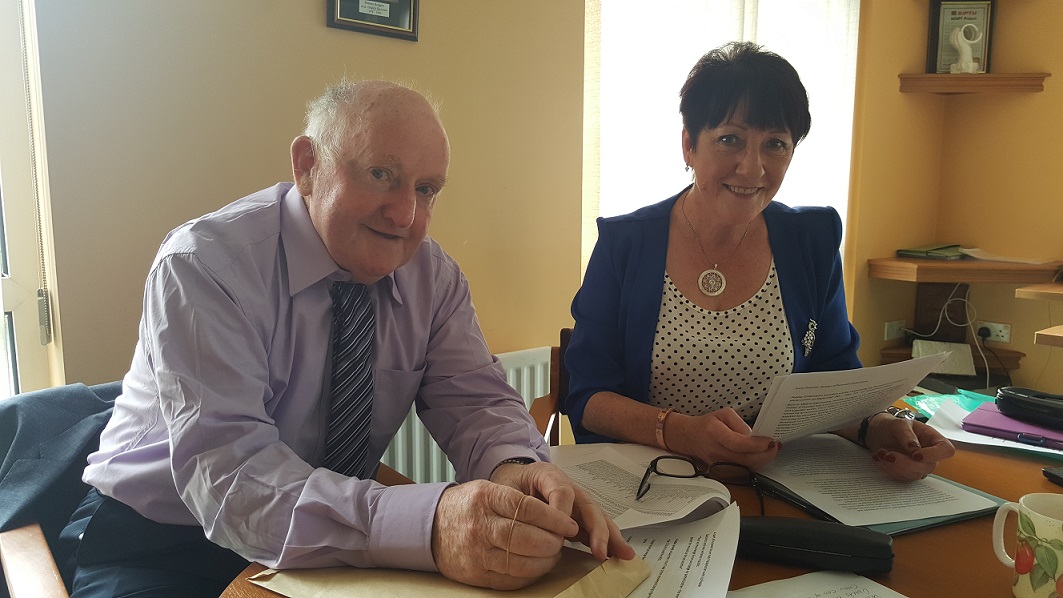 The fishing tradition highlighted in the film “Atlantic” and the challenges that tradition has faced in recent years speak to the heart of the island community. Nora said back in the early 1980s there were 10 or more trawlers fishing out of Arranmore, each with a crew of five or six.

“That was 50 or 60 people employed,” she said. Now, because of the rise in EU restrictions, there are only a couple of trawlers fishing from the island.

“They go right down to Waterford to fish – it’s from one end of the country to the other,” she said. “And when they fish their quotas there they have to make the journey back again.”

And while the fishing industry has declined locally, “we have the huge, big super-trawlers coming a few miles off our coast”, she said.

Seamus Rodgers wrote a tribute to Peadar that included these lines: “A courageous and compassionate man, he lived humanly and respected human values. / He knew the dignity of men and women. / He hated with a deep hatred whatever robbed them of that dignity. / He was a man of patriotism and history.

”For the people’s struggle that could never be contained in narrow pages or narrow creeds. / It was this that made him a republican and a socialist of deep conviction,” Seamus wrote.

A large crowd gathered on Arranmore on a September afternoon last year, when the island hosted an event to mark the 30th anniversary of Peadar O’Donnell’s death. Nora and Seamus said there has already been great interest in this year’s event.

The conference has been sponsored by both ferries to the island, by Siptu, the Labour Party in Glenties, Comharchumann Oileán Árainn Mhór, Diver’s Hyundai and Seamus Rodgers.

“It’s a big event and only for the generosity of people we would not be able to do this,” Nora said. She said the committee would like to see the conference become an annual event, bringing together more islands, but said they would need to secure funding to do that.

”It would be absolutely great to have all the Irish islands, all of the Scottish islands, but for that you need money,” she said.

For more, visit the Peadar O'Donnell's Islanders page on Facebook.