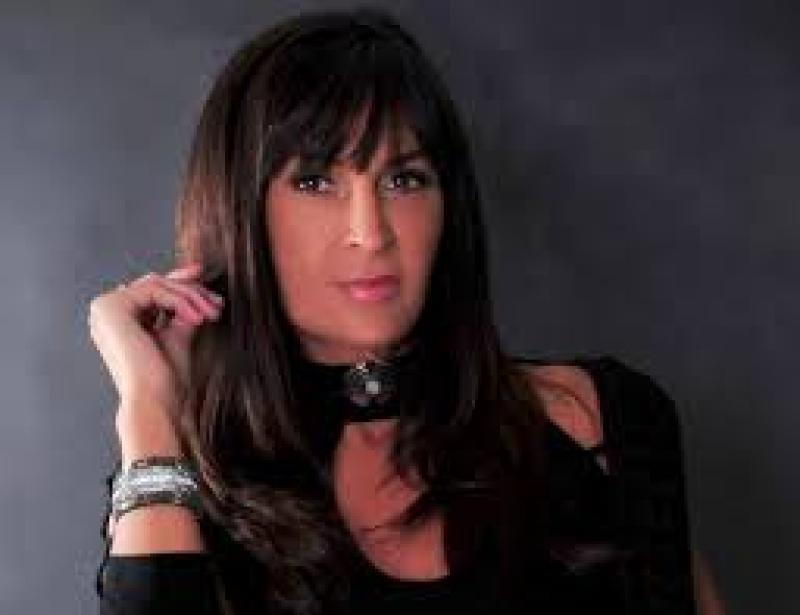 One of Donegal’s most well known singers Jacqui Sharkey was born in Glasgow and shares strong Rosses connections is certainly making an impact on the music scene.

Her songs range from a stunning version of the beautiful ‘Sand And Water’ to great ballads like ‘Four Green Fields’ and ‘You Needed Me.’

She recently performed a song of rebellion called ‘On Ashtown Road’ on TG4.

The song is in memory of a young Irish volunteer called Martin Savage,21, from Sligo who was killed in an encounter with Crown forces in December 1919 in a programme called  ‘Ceol Chogadh Na Saoirse’ which roughly translates as ‘Songs of Rebellion from The War Of Independence’.

The poignant rebel song is given added meaning by Ms Sharkey’s powerful emotional interpretation that contains the lines:

‘But a bullet laid him low

‘From the rifle of the foe

‘That’s another debt we owe

Ms Sharkey said: “It is a landmark series on the War Of Independence and the Civil War and the influence of music. People wrote to give themselves inspiration or about people who died going back for many years, and I am doing a song called Ashtown Road about the death of Martin Savage and it is a very emotional song.

“And of course, the music of this land has had a huge influence over the whole struggle to be free if you think back.

“They were singing about those who died but there were also some great inspirational, driving songs that gave people hope.

“It was a great experience doing this pretty unique show and it has put me firmly back in touch with my Gaelic roots and sense of who I am and where I am from.

“Martin Crossan from Milord, Stephen Campbell, who is one of the ‘Goats Don’t Shave’ from Keadue and Ian Smith who is a native of Scotland were playing along with me.

“It is a lovely song and the tune has been used to the same air as ‘The Snowy Breasted Pearl.’

Ms Sharkey who works as a solicitor said that she is very much looking forward to the TG4 broadcast: “There are 17 performances over the four weeks of the programme and I am looking forward to it. We recorded it in Maghera County Derry and it was a great experience.”

Ms Sharkey is soon to record some old ballads with Manus Lunny.

“There are some great ballads in this country, and I would love to do ‘Four Green Fields’ and ‘Only Our Rivers Run Free’.

The well-known solicitor began her education in Renfrewshire in Scotland.

“I went to school of Renfrewshire in Scotland, a Jesuit school for boys that they let girls into and then when I qualified as a solicitor in the mid 1990’s my mother said maybe I should not be singing any more. But I kept up the music anyway and I have never stopped, and I used to play in a band called ‘The Jury Is Out’.