A local author, historian and social commentator to be honoured at a reception in the Dungloe Public Service Centre for his outstanding contribution 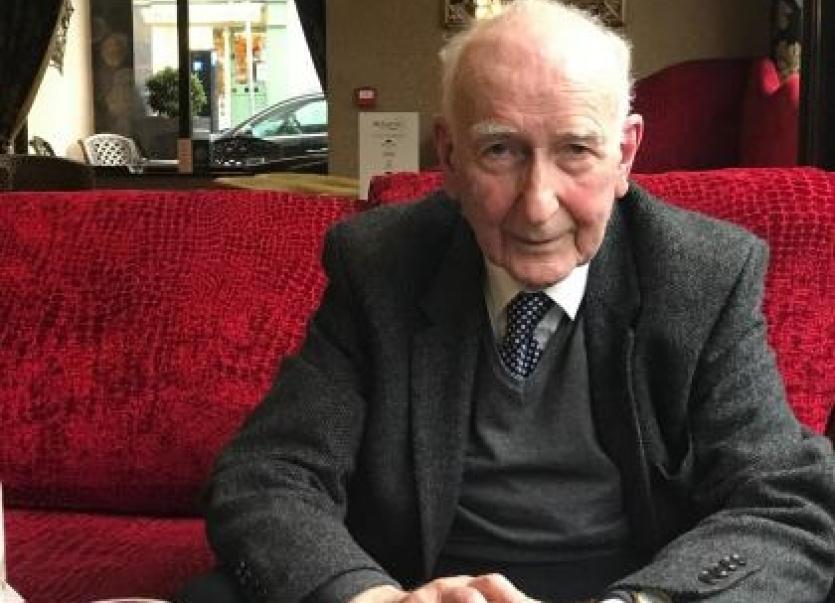 A hugely accomplished and respected author is to be honoured by a reception which will be held at the Dungloe Public Service Centre.

A motion to have Pádraig Ó Baoghaill recognised was recently put forward by Independent Councillor Michéál Choilm MacGiolla Easbuic who said it was important that the local author was recognised for his mammoth work over the years.

A date for the event is yet to be finalised and will be hosted by the Glenties Municipal District.

A similar such event was held for Ranafast actor, director and writer Niall MacEamharcaigh from Ros na Rún.

Pádraig was born in Ranafast and attended St. Eunan’s secondary school in Letterkenny.

In 1953, the young man moved to Dublin to undertake a course at UCD.

Around that time, Ó Baoghaill began to write for ‘Comhar’ and used wonderful imagery to depict his time in Scotland. He was later asked to pen his articles about the Gaeltacht and Ranafast for Gearóid Ó’Cuinneagáin.

At that time, Ó’Baoghaill was approached by Máirtín Ó’Cadhain who was keen to organise a strong Irish language group in Dublin. People from different Gaeltachtaí were approached and an Irish language committee was established.

“It was Máirtín who invited me to be part of that committee and I became part of it. Huge work was being done at the time. Much of the work entailed communicating with deputies, writing transcripts and such,” he said.

Ó’Cadhain came to Donegal with Pádraig and they began to collect folklore and stories that were indigenous to the area.

During his early days in Dublin, Ó Baoghaill wrote about sports, music, Irish language issues and the Gaeltacht for a number of different publications.

A keen sportsman, he wrote a column for around seven years for the ‘Hogan Stand’ through the medium of Irish.

Ó’Baoghaill’s writing also graced the pages of the ‘Gaelic Weekly’ and the monthly ‘The Gaelic Sport.’  He spent around three decades with the latter publication.

Through this work, the academic and intellectual young Gaeltacht man made connections with Gaeltacht areas that he would otherwise have been unfamiliar with at the time. He also wrote for the Evening Press and wrote on a weekly basis he wrote for the Irish News at the time.

He was also regarded as a person who had a great appreciation and understanding of traditional Irish music and song and he wrote in English for ‘Treoir’ and ‘Irish Music.’

Ó’Baoghaill always wanted to pen a book. During his earlier days, he had written a number of short stories for publications. However, he always knew that he would like to write a book. He had heard a lot about Niall Pluincéad Ó Baoighil during his formative years and he began to research the topic. He was subsequently delighted when Pádraig Ó’Snodaigh of Coiscéim agreed to have the book published.

Research was a new venture for Ó’Boaghaill and he found the work took time. When speaking to Ó’Snodaigh on the next occasion, Pádraig told him that he had compiled a number of short stories and offered them to Ó’Snodaigh.

Ó Baoghaill spent a significant part of his life working with Gael Linn throughout the country.

Donal Ó Móráin approached Ó’Baoghaill at the end of 1953 and said that Gael Linn were seeking a regional manager for Gael Linn in the northern region.

By this time, Pádraig had acquired experience in sales through trials with the national organisation. He accepted the position and was delighted with his decision. A diligent worker he worked hard and earned good money.

“There wasn’t a parish in the country that we weren’t in. I remember Donal Ó’Móráin speaking one night on occasion and he said that Gael Linn had more representatives in almost every parishes in Ireland - we are in more parishes than the strongest political party in the country at this time,” Pádraig said.

Gael Linn went to England, to London, Liverpool, Coventry and so forth. Gael Linn acquired Bingo halls and owned five cinemas in Dublin.

In 1990, Ó’Baoghaill retired. However, he continued his work as marketing manager until 1993.

Since 1993, Ó’Boaghaill has penned many books. Many have accomplished huge recognition.

His latest book, ‘An Capall Dubh agus Scéaltaí eile’ is one that is certain to be a huge success.

His books whether they are academic, creative, research topics prove to be a huge success in their given genres.