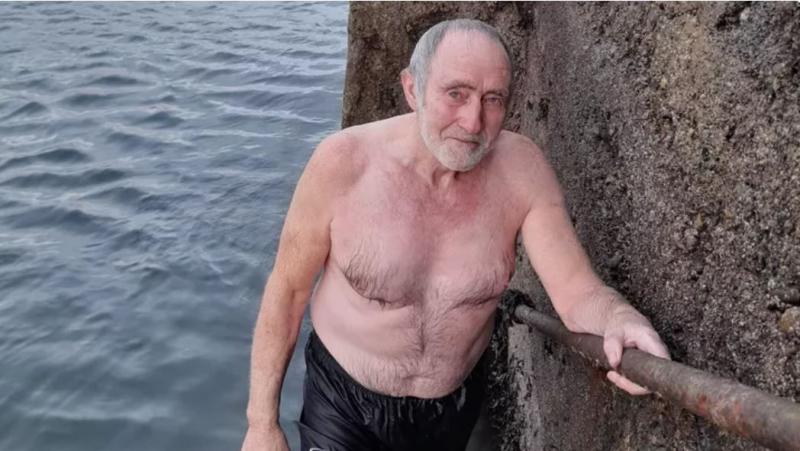 Octogenarian Paddy Connaghan who is ducking and diving around the coast of Ireland to raise money for Gemma’s Legacy of Hope has had reason to smile as a result of the kindness and generosity of others.

The well-documented journey sees him diving off piers around the coast on a daily basis as he travels around the country in his van. Recently, the Arranmore man lost his hearing aid at Murrisk pier, Mayo.

He was brought to Roman Island, Westport, by Amanda Kelly and treated to breakfast by Patricia Gibbons where he met Marie O’Keefe and Kevin O’Donoghue. During a conversation, Paddy explained he lost his hearing aid and could not hear them too well. Marie O’Keefe disappeared and came back and handed Paddy a hearing aid. Paddy was greatly moved by her generosity. Paddy was not aware but Kevin O’Donghue had placed a call to Hidden Hearing. That call was returned by Angela O’Toole from the company. Kevin told her about the great work that Paddy is doing and told her to look at his social media site. Paddy got an appointment with Hidden Hearing and was given a new top-of-the-range Oticon More hearing Aid free of charge.

Many agree that it is good to see Paddy being helped by good-natured people as he continues his charitable journey to help others.

On Wednesday morning, Paddy was in Clare and had raised over €41,000 of his €1,000 goal for the local charity. If you would like to contribute, please click here.