"Look for Baz in the gentle, falling snow, in the stars at night, in the sound of the waves" Father Ó Fearraigh 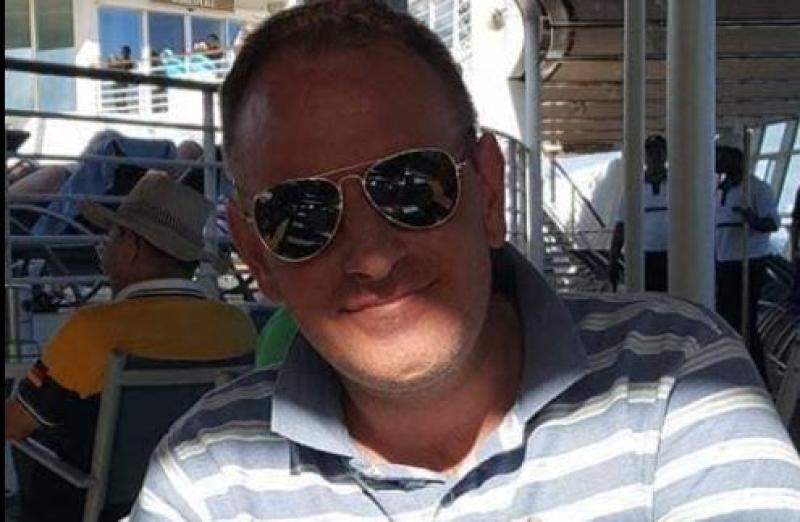 Father Brian Ó Fearraigh told the hundreds of mourners that gathered for the Funeral Mass of Donal Shields that he was a kind and caring man who brought love and laughter to his father John, his wife Marie, and his large circle of friends.

Donal was affectionately known by many who knew him as Bazil or Baz. He passed away earlier this week in Letterkenny University Hospital.

Hundreds of people watched the Funeral Mass online and many attended the Funeral Mass at St Mary's Church, Derrybeg, on the Feast of the Epiphany, January 6. The Mass was concelebrated by Father Oliver Crossan who celebrated the marriage of Marie and Bazil a number of years ago.

Father Ó Fearraigh said that Bazil was a man who was never short of a few words; he was a man who always had jokes and stories to tell.

"You will all have your own stories to tell of Bazil ... and these memories although they are individually remembered by different people, you are all here because Bazil touched your life in some way," he said.

The Derrybeg-based priest said that when all memories are entwined they recall the rich tapestry of Bazil's life.

He extended sympathy to John, Donal's father, Marie, Donal's wife and to his family and friends of which there are many.

"We think of you, we pray for you, and we stand with you in your sadness and in your sorrow," he said.

Father Ó Fearraigh said Bazil had a 'strong circle' of friends and that many had rallied around Marie and John at the time when they were most needed.

"And, that was beautiful to see, very beautiful to see. That is what true friendship is. When the chips were down, you stood up to the mark. You put your shoulder to the wheel and you have been a credit when you yourself were grieving as well," Father Ó Fearraigh said.

He said: "These mortal remains that we grieve today are not Bazil. They are a shell of what he was. The true Baz, his essence, his  spirit is in the essence of God - that is our faith."

Donal, he said, was a follower of Christ who would often come to church during quieter weekday Masses when there wasn't many people around. Often he and Marie would come to the church and pray, he said.

"Faith was important to him," he said.

Donal was an electrician by nature and he was very happy when he was being called upon to fix things - a practical man who could turn his hand to any chore.

Father Ó Fearraigh said people are created in God's image and in that regard we should be able to see Donal, and our loved one's, in the world around us.

Father Ó Fearraigh read a beautiful poem which signifies that those who have departed this world can be found in nature.

"Don't look for Donal in the graveyard in Machaire Gathlán because you won't find him there. Look for Baz in the gentle, falling snow, in the brilliant bloom of spring's flowers, in the bright stars at night, in the gentle sound of the waves lapping on the sea shore, on the beach, in the memories that you hold dear, in the laughter and in the tears of sharing stories of Baz - that is where you will find Baz," he said.

He said that Donal connected with people on many different levels. He said that he cared for his late mother, Annie, and was broken hearted when she passed away.

The well-known priest said any time he met Donal, he was most generous and obliging.

"He was also a bit of character. He had a great sense of humour. He was a man who had that unique sense of humour ... He was loved by many for that very reason," he said.