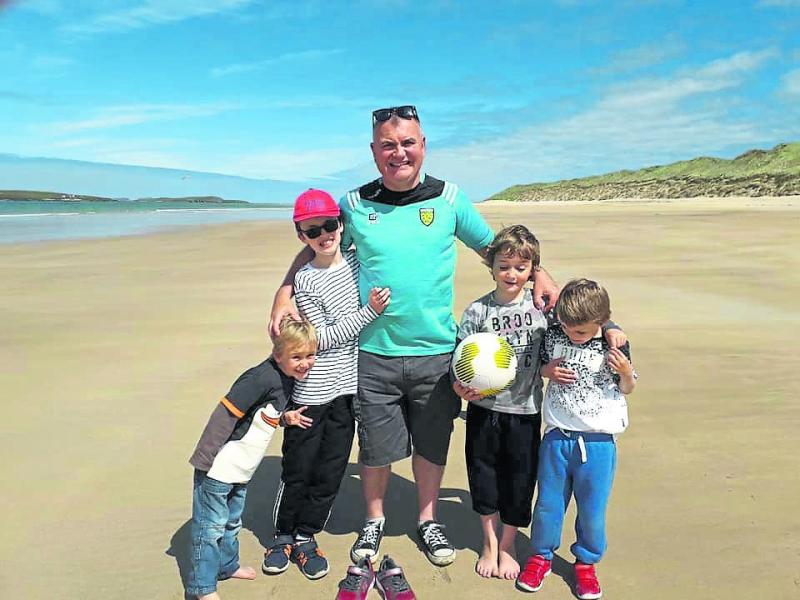 Author, blogger and podcaster, John Joe McGinley, based in Glassagh in Gaoth Dobhair has launched his second book called The Irish in Power.

He describes his latest book as being the story of some of America’s most flamboyant and influential Irish American politicians.

"It tells the tales of the men and women whose ancestors left Ireland in poverty and hunger who then climbed the greasy pole of political power and helped forge a superpower," he says.

The Glassagh-based author says that Irish people have been instrumental in the creation of the United States of America. "Three signatories  of the Declaration of Independence were born in Ireland. Half of all US Presidents have been of Irish descent and the men who ruled the major cities of the eastern  seaboard in the 1920s and 30s were proud Irishmen," Mr McGinley says. 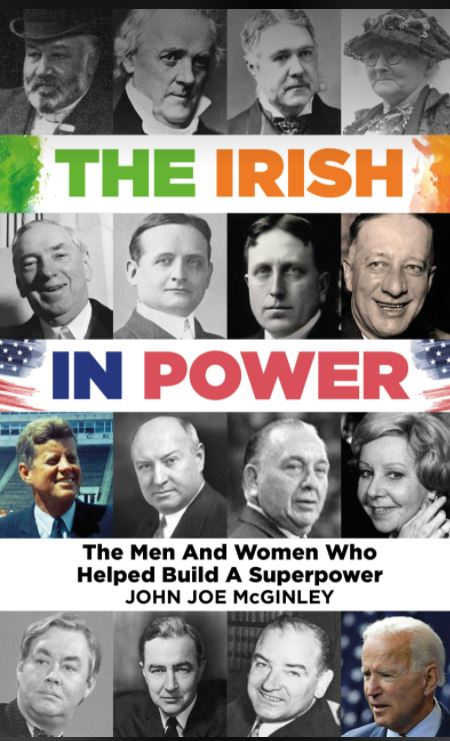 The father of four says the book is not a romanticised story of Irish people and their success in America, he says that it is an honest look at the virtues and flaws of the Irish Americans  elected to power in their new home.

“With an Irish American back in the White House, I believe that there is an appetite for a look at some of the interesting Irish American politicians many of whom who have been overlooked for years but led an intriguing and interesting life. Readers will see that these are men and women who have contributed to many of the most pivotal events in American and world history,” according to Mr McGinley.

The book also has a Donegal slant as one of the chapters looks at the life of President James Buchanan whose father left Ramelton to forge a new life in America.

John Joe McGinley is a writer of historical nonfiction specialising in unearthing the stories of interesting but overlooked figures and events that have had a global impact.

He is a regular contributor to the Irish Voice Newspaper, the Irishcentral.com and  the Irishstory.com websites. His views on the Wiggins Patch massacre involving the murder of emigrants from Gweedore in Pennsylvania was the second most read article of 2021 on Irish Story, one of Irelands premier historical websites.

He also has a monthly article in Irelands Own and has just finished a series on the Irish who fought in the American Civil War. He has a new series which began in February, last, on the Irish men and women who helped build Canada.

In 2021 he launched my first book ‘Irish Wise Guys’, which looked at 17 of the most notorious Irish American Gangsters. "I self-published this as I wanted my book out despite the pandemic and have sold over 1000 copies from my own website Irishwiseguys.ie, a range of bookshops all over Ireland and Amazon," he said.

John Joe said of his new book The Irish in Power: “Irish Americans have been an integral part of every aspect of American life and politics has been no different, where many have risen to prominence. A famous quote from a few months before the Easter rising in 1916 highlights this. Cecil Spring Rice, the British ambassador to the U.S., wrote to the Foreign Office in London: 'The best politicians in the country are Irish, and the professional Irish politician is against us.'"

Mr McGinley says his book the Irish in power will tell of the men and women whose rose to political prominence becoming, mayors, governors, congressmen, senators and even presidents.

John Joe McGinley uses his talent in a positive manner

You can purchase a copy of The Irish in Power from www.glassaghpublishing.ie and buythebook.ie A kindle version is available from Amazon and stocks will be in local shops.

Anyone wishing to stock The Irish in Power can contact John Joe at info@glassaghpublishing.ie